As scheduled, Huawei launched the MateBook 13 Intel Edition and MateBook D14 in the Philippines. The ultra-slim MateBook 13 will go on sale starting July 4 with an SRP of P65,990 for the Intel Core i5 and P72,990 for the Core i7 model. Up until July 31, buyers will get a free laptop sleeve and Huawei backpack. For the lightweight MateBook D14, Huawei is offering a special early bird bundle that gets you a pair of Huawei Freelace, Bluetooth mouse, and dedicated backpack between June 29 and July 3. The AMD-based notebook starts at P39,990 for Ryzen 5 and goes up to P42,990 for Ryzen 7. For those who will purchase from July 4 until 31, you’ll get a free Huawei backpack.

If you’re waiting for the MateBook 13 AMD edition — that one has launched a couple of days ago in the UK — you might be better off with the Intel edition as the AMD variant features the older Ryzen 3000 series. 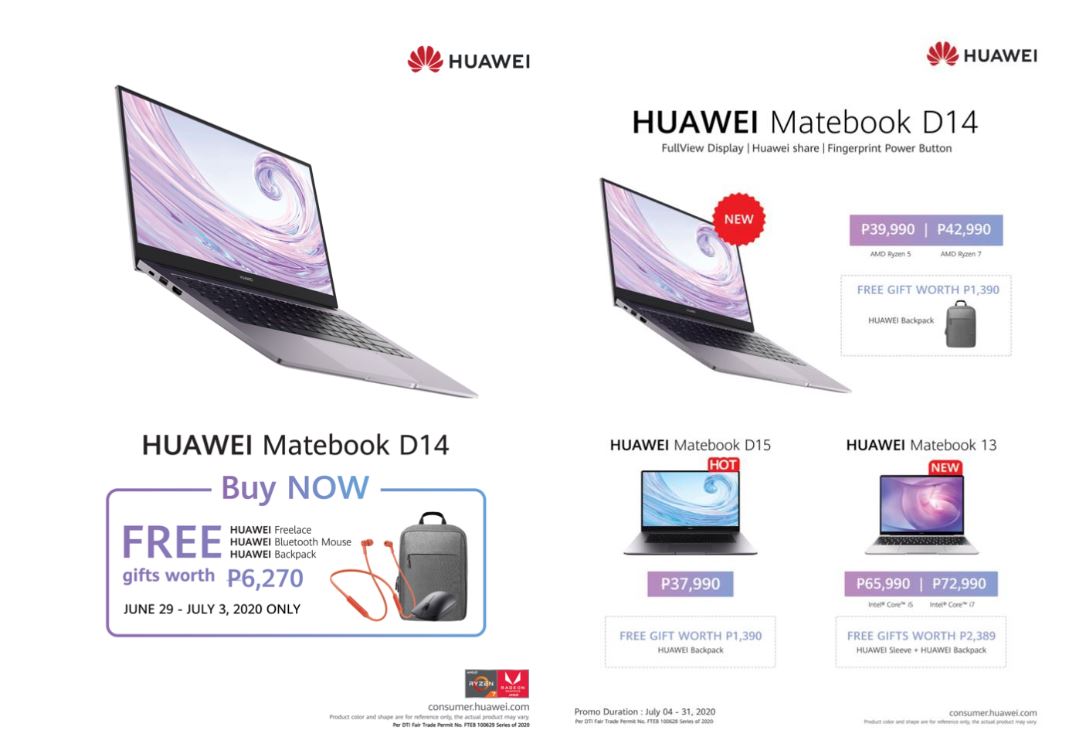 READ: Best Laptops to Buy for Online Teaching (Below P30K)