The Asus ZenFone Max Pro M1 is built with an aluminum mid-frame and a metal alloy back. It measures 159 x 76 x 8.5 mm and weighs 180g. In terms of its screen, the device doesn’t seem to feature the infamous notch and it had thick bezels on top and bottom as well. In addition, it didn’t have any physical or capacitive buttons since the smartphone made use of on-screen buttons.

Moving on to the rear part of the device, its vertically aligned dual rear cameras are located at the back at the top-left corner. As for the fingerprint scanner, it is circle shaped and positioned at the middle as well. The LED flash is then found underneath the dual cameras followed by the Asus logo.

The usual power button and volume rockers can be found on the right side of the smartphone with the SIM tray located at the top left side. The bottom of the device houses the speaker grilles, USB 2.0 port, a microphone, and a 3.5mm audio jack.

The design of the smartphone is simple and modern. Although the back of the Asus smartphone doesn’t really prevent fingerprint smudges, it isn’t that much of a big deal since the smudges are easily wiped off. Furthermore, the Asus ZenFone Max Pro M1 came with its own case for extra protection. 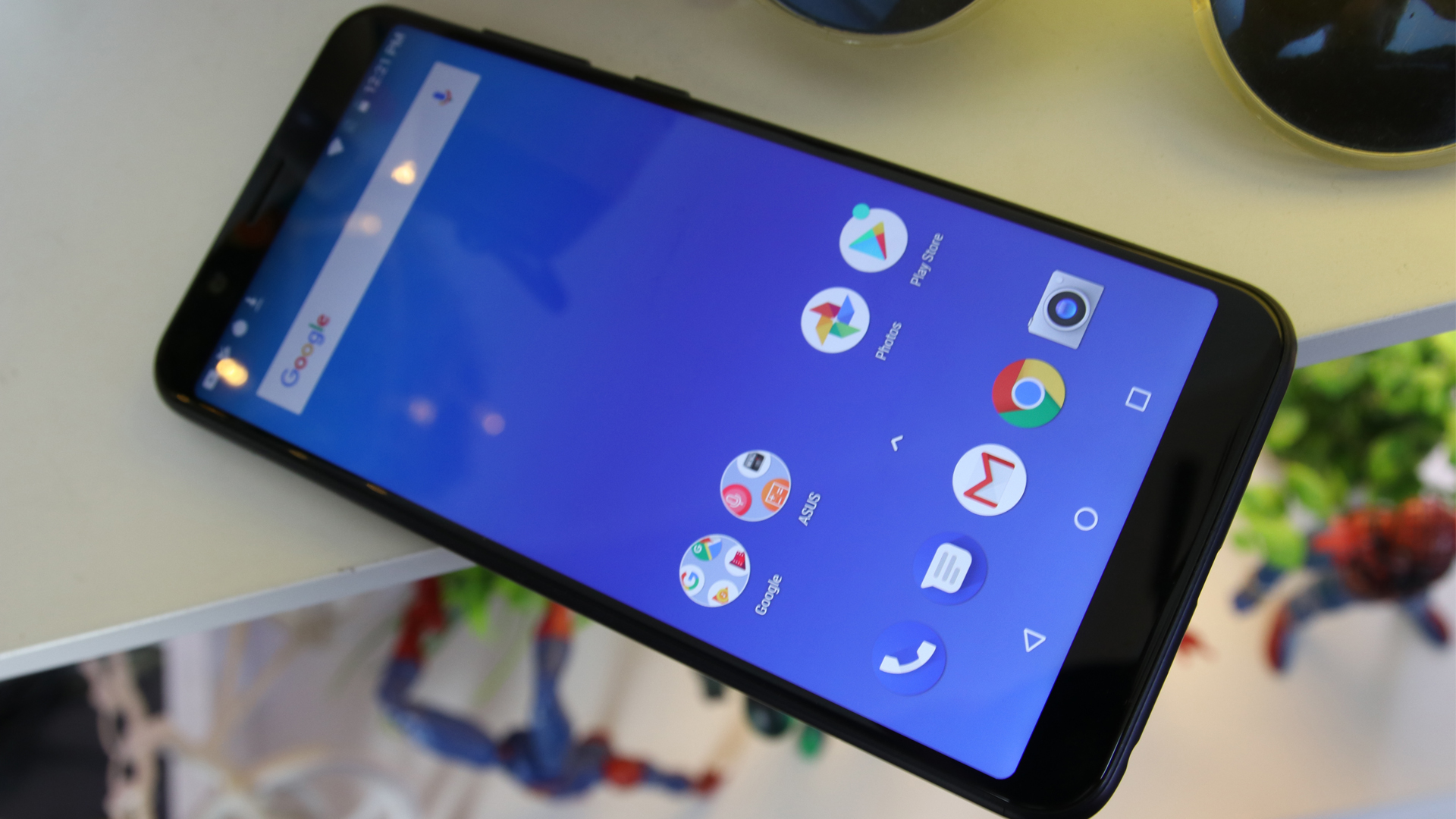 The ZenFone Max Pro M1 features a 5.99″ IPS LCD display with a resolution of 1080 x 2160 pixels and an aspect ratio of 18:9. We tried watching movies with this smartphone and we found it enjoyable because of the large screen. The display was also able to produce vibrant images that don’t change colors when viewed in different angles.

When we tried to take sample shots outside, we didn’t have any problems viewing the screen. Its brightness was easily adjustable and it contains some features that further improve the user’s viewing experience.

Watching movies on these devices were also enjoyable since both of their displays produced vibrant images. Furthermore, the color and details didn’t change even if while viewing the phones from different angles.

In regards to the Asus ZenFone Max Pro M1’s camera setup, it sports a dual 13MP + 5MP rear camera with phase detection autofocus and an LED Flash. The smartphone also arrived with an 8MP front snapper with its own LED Flash. In order to determine the smartphone’s camera quality, we took some sample shots.

This first sample shot was taken on our veranda during the afternoon. The colors are accurate and stayed close to real life. As for the details, there were some parts in the photo that had some blurry edges. This was more noticeable on the buildings and greenery at the bottom of the image. Furthermore, there were some parts that were over-exposed.

This is the same shot but with HDR mode. In comparison with the previous image, this one looked a bit dull based on the clouds and the greenery. We also noticed that the photo lost some of its contrast, making it look lighter and more blurry from the previous photo. On the bright side, unlike the one that was taken normally, there were no parts here that looked over-exposed. 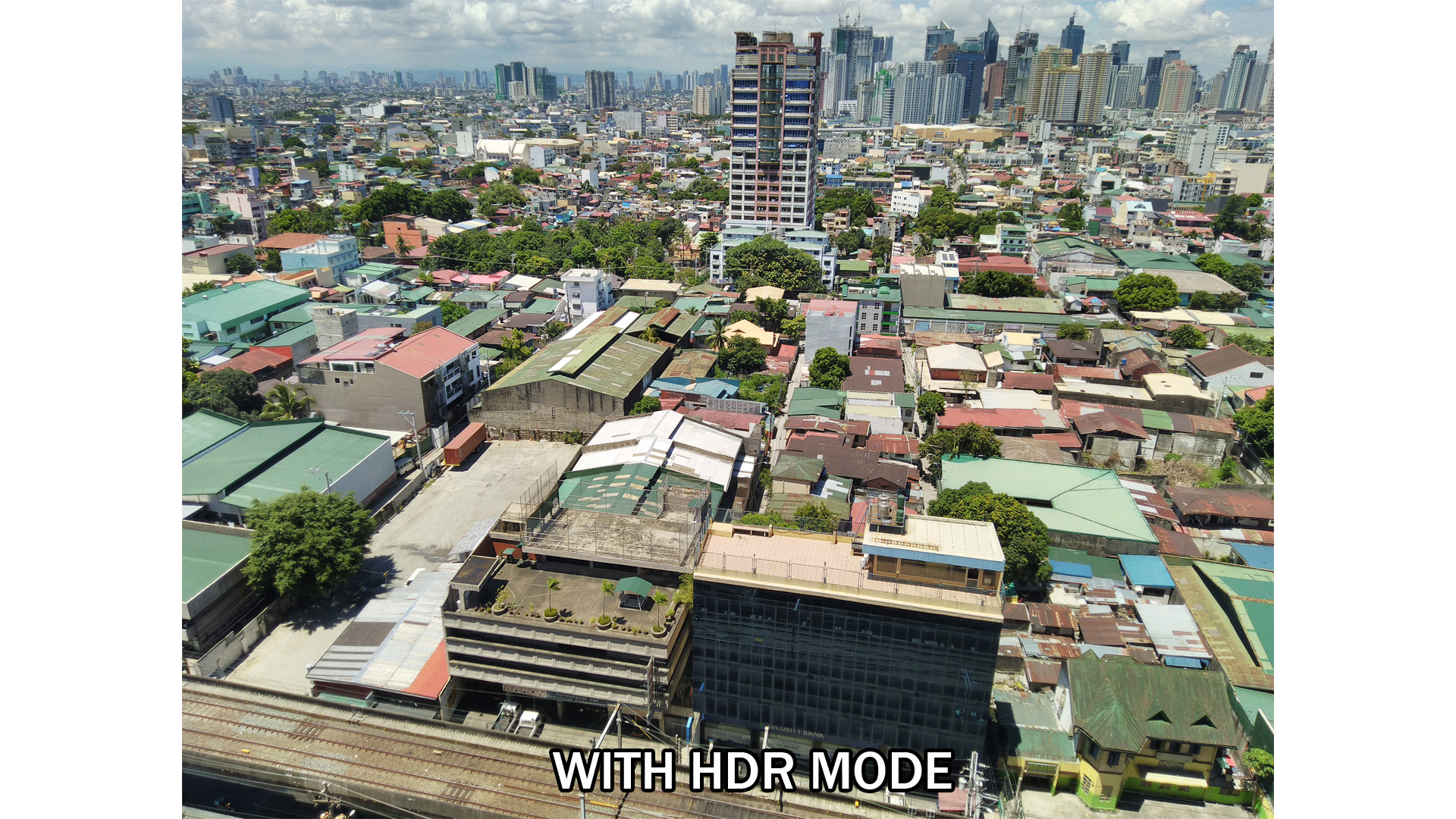 Similar with the two previous shots, one of these was taken normally and the other was taken with HDR mode. The one taken normally turned out more vibrant than the HDR-infused photo since the HDR mode decreased some of the photo’s contrast.

A feature that was included in the Asus smartphone’s camera was Portrait mode. As you can see, it is able to capture the subject fully and although the bokeh effect looks a bit unnatural, it still looks pleasant to the eye. Detail-wise, it did okay except for the details in the background.

Here are some more sample shots that were taken with Portrait mode. It still managed to capture the subjects and it looked clean meaning the transition between the clear and blurry parts was smooth.

We also tried taking some photos indoors. Unfortunately, there were a lot of details in this shot that ended up blurry like the outer wooden part of the lights. In addition, because of the light coming from outside the curtains, that spot ended up looking over-exposed. This might mean that the smartphone’s camera is sensitive to sunlight.

This photo was taken inside a brightly lit room. Unfortunately, not all the details are clear since the smartphone wasn’t able to focus on all subjects but the result was decent enough. Color-wise, it did great and the shot was over-all vibrant

We used Portrait mode in this photo to test how it works with a subject that’s near the camera. Except for the right leg, it was able to capture the subject. The details at the middle part of the figure were really accurate but the same could not be said for the whole body based on the limbs. As for the bokeh effect, despite the subject being close to the camera, Asus was still able to produce a pleasant bokeh effect.

We took some sample shots during the evening as well. As you can see, this shot was too dark and the details are really hard to make out. We thought of trying the HDR mode to see if it could solve the issue.

Unfortunately, although it did make the shot brighter, the result ended up looking blurry and it was still difficult to see the details of the buildings and the sky. 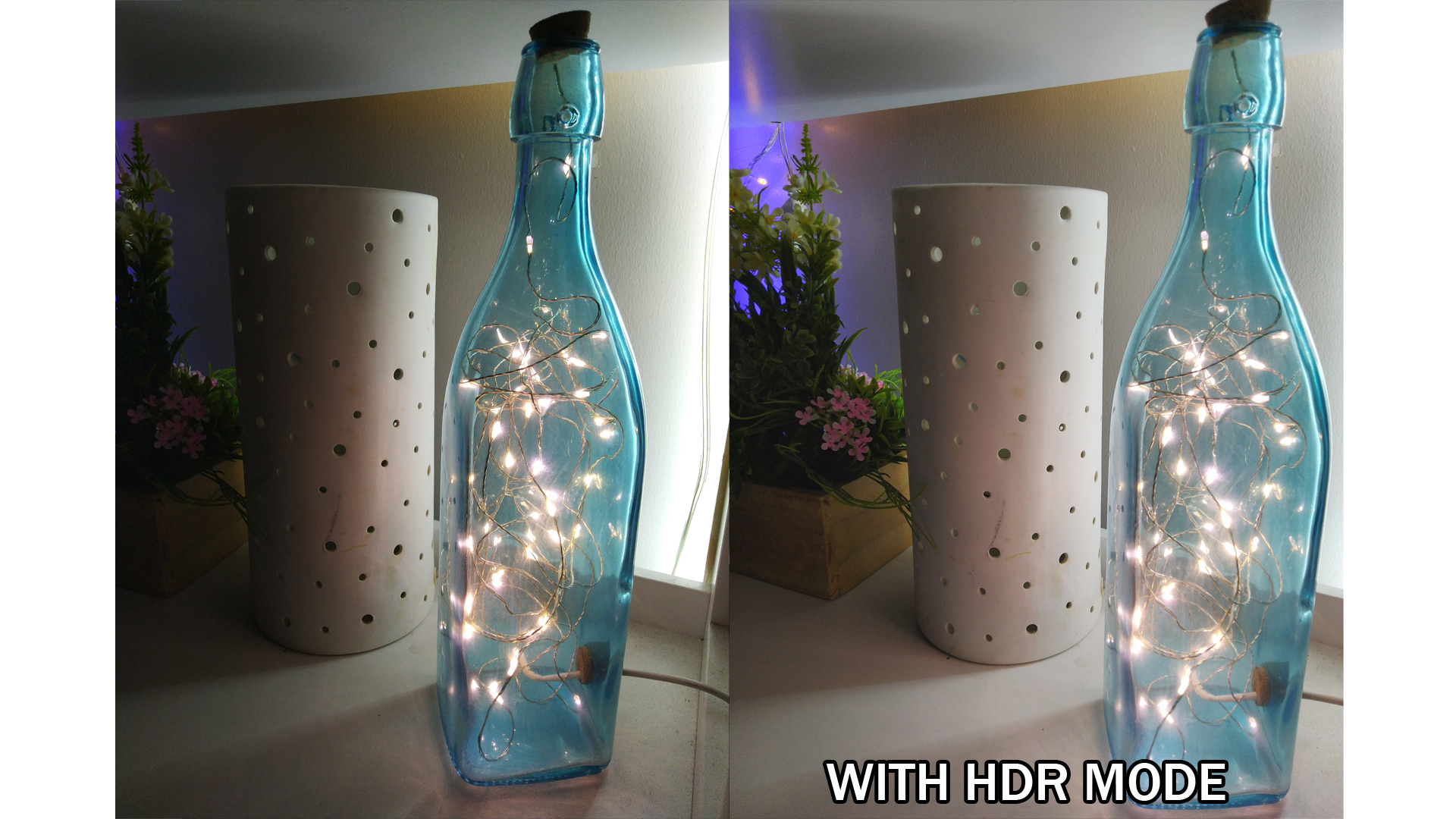 We tried using the HDR mode once more but this time inside a dim-lit room. At first glance, the two photos don’t seem to have that much of a difference between each other. Upon looking closer, you’ll notice that the HDR mode managed to brighten up the background of the photo without sacrificing its details.

Let’s move on to some selfies. The photo at the right was taken with beauty mode whereas the one on the left was taken normally. The subject’s skin looked a lot smoother on the right image as compared to the one on the left. On the other hand, it also made the subject look pale. As for her clothes, there weren’t any changes to its colors or details. As for its details, it looked decent enough.

For a budget phone, the Asus ZenFone Max Pro M1’s camera is decent enough as it was able to take some detailed photos and the ones with portrait mode looked good as well. In terms of the selfie, there were moments where we had to wait for a while before moving because if we didn’t, the selfie would turn out blurry. This might mean that the device’s camera has a slow shutter speed.

The ZenFone Max Pro M1 is powered by the Qualcomm Snapdragon 636 along with an Adreno 509 GPU. It contains 3GB of RAM and an internal storage of 32GB which is expandable via a microSD card. In addition, the smartphone runs on Android 8.1 Oreo.

We tried testing the smartphone’s gaming abilities. Some of the games we played were Asphalt 8 and Mortal Kombat X. Even though it is a midrange phone, we didn’t have much of a problem playing mobile games with it. Lags didn’t occur that much and the graphics were really clear and vibrant. However, we noticed that the device got hotter after playing with it for a long time.

Daily tasks such as internet browsing, movie watching, playing games, etc. didn’t hinder much on the Asus ZenFone Max Pro M1’s performance. Navigation was smooth and multi-tasking with the phone is possible as well. As for additional features, the Asus ZenFone device contains gestures that let you launch applications while the device is inactive.

We tested the ASUS ZenFone Max Pro M1 handset using the following benchmarking tools and here are the results:

The smartphone packs a large 5000mAh battery pack which contributes to its title, the “Battery King”.  The Asus smartphone was able to last up to 2 days of light usage. Unfortunately, it took around 2 and a half hours to charge.

The ASUS ZenFone Max Pro M1 produced a decent audio. It was definitely loud enough although it tended to produce a scratchy sound when on maximum volume. You can listen to it for yourselves.

For a device that belongs in the budget category, the Asus ZenFone Max Pro M1 offers a good quality smartphone packed with a powerful battery. It is already available here in the Philippines at the price of Php 9,995.

All in all, the Asus ZenFone Max Pro M1 is a worthy upgrade from the ZenFone Max M1. The device produced a vibrant display and it was able to withstand heavy games like Asphalt 8. Furthermore, it was able to take decent photos. The Asus smartphone did great on the battery category as well and it was able to live up to its title. Of course, the final decision will still depend on the user.

How about you? Do you think this smartphone was a worthy upgrade? Comment your thoughts down below!