Android phones are now so good that you don’t actually have to worry about anything and can just use the smartphone. But there is one function that you should definitely run every now and then to get the most out of the device. As it turns out, many are not even aware of this possibility.

When was the last time you cleaned your Android phone and freed it from unnecessary files? Most Android users shouldn’t do this at all, as modern smartphones are quite good at cleaning themselves. Accordingly, the result of the colleagues from Android Authority was clear, in which 50% chose exactly this answer after a survey. Only a fifth said they cleaned their phone in the past week. The gap was greater for the rest. A manual cleanup can have a positive effect.

Clearing the cache via the settings can be useful, especially if an app or game is not working properly. All you have to do is go to settings and apps. There you sort by applications that occupy the most memory, go to the properties and delete the cache. If you no longer use an app but don’t want to delete it, you can also save some storage space. The next time you start the app, however, it will take a little longer to load. 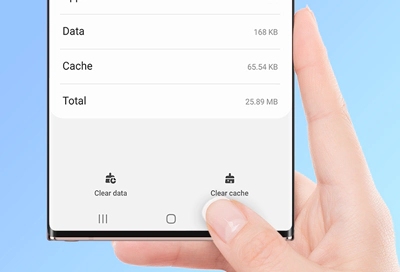 But it’s even easier, because some smartphone manufacturers offer device maintenance. There, the battery, memory, working memory and device protection are optimized with just one press. If you have such a function, you should use it regularly so that the smartphone remains fast and no unnecessary memory is occupied. In the high-end sector with a lot of storage space and RAM, this is usually not a big problem, but it can make a big difference in entry-level and mid-range smartphones.