Sony has made its flagship Xperia 1 official today in Barcelona along with some impressive features and familiar ones.

The Sony Xperia 1 features a rather unique, tall display of 6.5-inch OLED with 4K resolution and thin bezels. It’s the first in mobile and it’s also the first to have a 21:9 aspect ratio which is taller than most phones and would fit for cinema videos.

On top of the new screen, Sony is also throwing in a 12MP triple sensor with standard, wide angle, and telephoto lenses combined. Sadly, there was no 52MP camera that was rumored before. Pairing the triple camera is an 8MP selfie shooter at the front.

Inside is a Snapdragon 855 octa-core processor paired with 6GB of RAM and 64GB or 128GB expandable internal storage and runs on Android 9.0 Pie OS. The battery is at 3300 mAh, which is smaller than most flagships from last year and this year. We’ll find out soon if this amount is enough to last a single day since the Xperia 1 has a large display.

The Sony Xperia 1 will become available starting this March to April in select countries like the Philippines with an estimated price of $1000 or around P50,000 pesos. It is available in black, white, silver, and purple colors. 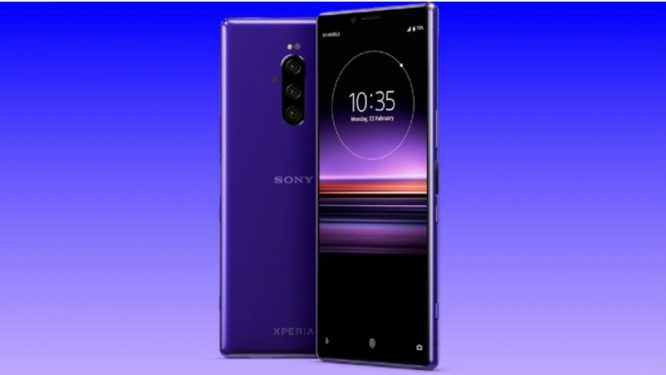