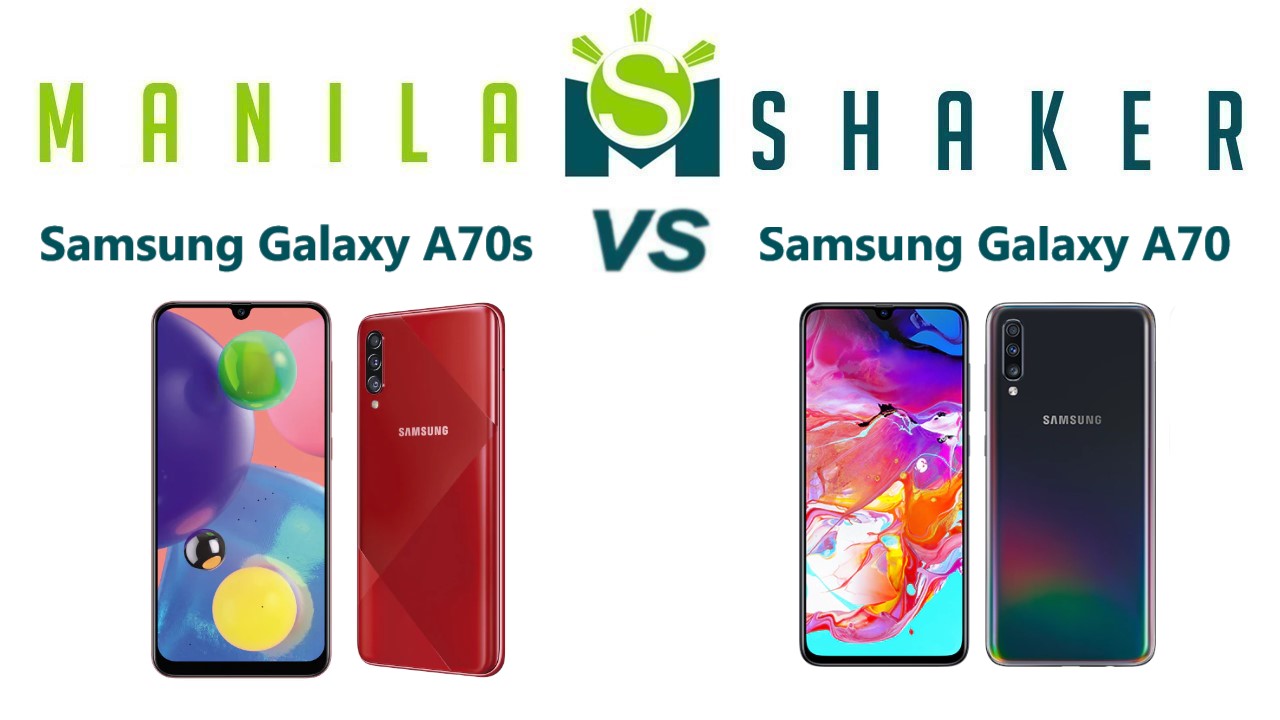 Samsung Galaxy A70s and A70 Differences

Advantages of Galaxy A70

Galaxy A70s and Galaxy A70 Similarities

Which is a better buy between the Galaxy A70s and A70?

For the most part, the Galaxy A70s feels the same as having the Galaxy A70 in the hand — with the glass-tic finish and everything. However, there’s a geometric pattern on the back of the newer model. Gone are the coral and blue colors of the A70, instead, you have red, white, and black.

As for the display, it’s the same punchy Super AMOLED FHD+ panel.

READ: Samsung Galaxy A50s vs Galaxy A50 Specs Comparison – Should You Even Care?

Samsung decided to stick with Snapdragon 675, which is a bit limiting when coupled with Samsung UI or playing games. But in terms of RAM management, the base model is now 8GB. This gives you extra headroom until next year.

The biggest change comes from the camera department. Retaining the same triple-main camera, the main sensor is now upgraded from 32MP to 64MP. Samsung’s ISOCELL GW1 sensor enables very crisp picture quality with comparable low-light capabilities as Sony 48MP sensor. As for the rest, you have 8MP ultrawide and 5MP depth sensors. Video recording is still capped at 4K @ 30fps.

The Galaxy A70 is selling for P22,990 right now for the 6GB/128GB model. Once the Galaxy A70s arrives, we expect it to be priced not too far from the Galaxy A70. While the performance aspect of the newer model leaves a lot to be desired, the new camera optic should compensate in terms of camera quality. We just hope that Samsung won’t push the price tag too high as there are cheaper 64MP phones out there already.