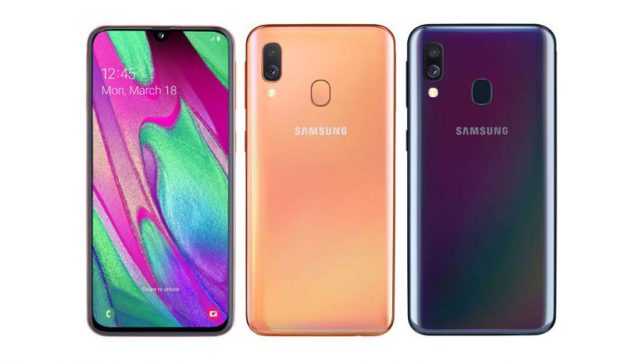 The Samsung Galaxy A40 is apparently a 5.9-inch device sporting an FHD+ Infinity U Super AMOLED display. As opposed to our first report, it comes with an Exynos 7885 chipset instead of an Exynos 7904. We did get the RAM amount right tho at 4GB. That’s coupled with 64GB expandable storage via microSD slot.

There’s no triple camera setup here like the Galaxy A50, but it does come with 16MP + 5MP ultra-wide sensors for the back. And the front gets treated with a large 25MP sensor.

Some of the Galaxy A40’s features are the headphone jack, 3100mAh battery, USB Type-C, rear-mounted fingerprint scanner, and the latest One UI.

Samsung Galaxy A40 (2019) specs, price, availability in the Philippines