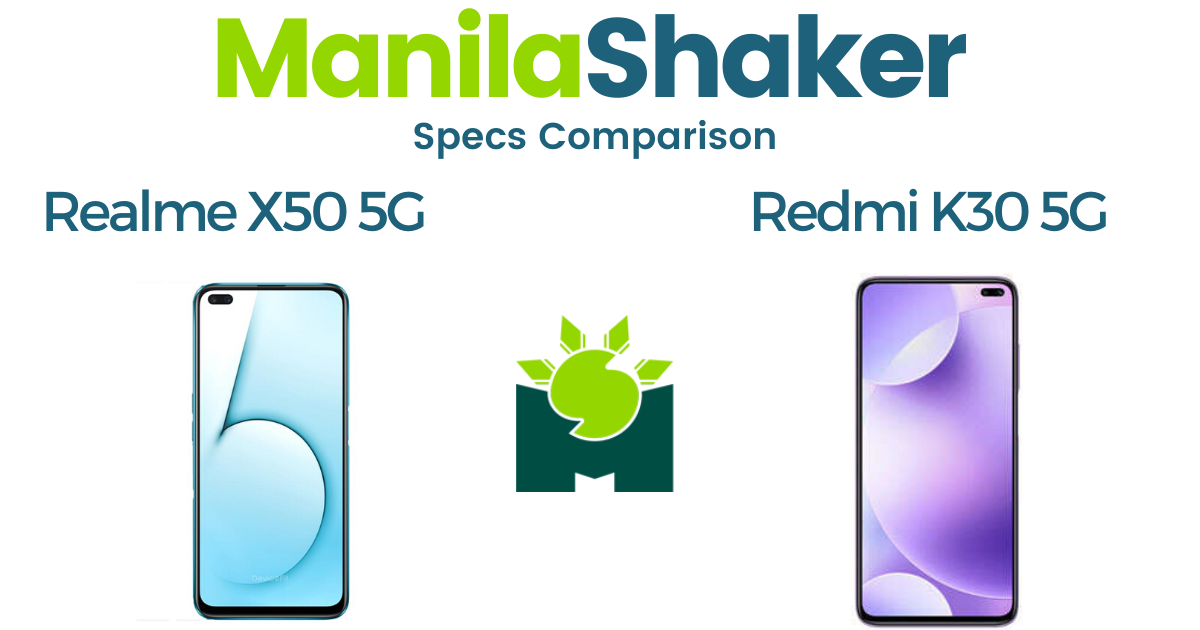 When it comes to the affordable mid-range segment, only two brands are neck-and-neck — Realme and Redmi. In 2020, it’s going to be a battle between the affordable 120Hz phones — would you rather go for the Realme X50 or stay loyal to the Redmi K30?

Which is a better buy between the Realme X50 and Redmi K30?

There’s a stark difference in design between the two mid-range phones. While both are nearly entirely made of glass, the main camera cutout is more pronounced on the Redmi K30. For the Realme X50, the pinhole camera cutout is on the top-left corner as opposed to the top-right corner of the other phone. It’s not confirmed yet whether or not there’s splash resistance on both but we do expect them to come with it. Realme’s phone has a Master Edition that comes in Black and Gold colors and is a far cry from all phones today. However, expect the price to be a bit expensive.

For the screen itself, both are using 120Hz IPS LCDs. We’re not sure about the peak brightness but K30 supports HDR10 playback which requires at least 500 nits. If this is the case, that advantage makes it the better screen between the two.

READ: 4 Reasons Why OnePlus 120Hz Fluid Display Is The Best

Expect performance to be nearly the same as both are using Snapdragon 765G with a built-in 5G modem. Both again are based on Android 10 already with respective UI skins. Instead of the chipset, the supporting specs are what you should pay attention to. X50’s highest model comes with 12GB RAM, however, only the K30 has a shared microSD slot for storage expansion.

For the cameras, both are using quad cameras as main shooters. See the comparison below:

Deciding between the two will probably mean keeping or losing the telephoto lens. Only X50 has a dedicated telephoto that delivers up to 2x optical zoom. But you also need to take note that the 64MP lens is more than enough to get crisp-looking images when using digital zoom. In terms of selfies, we do think that Realme has the advantage here as the secondary ultrawide sensor is a lot more useful than a depth sensor.

Although you won’t be missing out on the headphone jack, it seems like only Realme’s phone has support for Dolby Atmos technology. It optimizes sound according to activity — gaming, music, or watching a video.

K30 gets 300mAh more battery than the X50. This may play an important role as mobile data on 5G eats a lot of energy. But charging-wise, both use respective 30W fast charging technologies. The former phone can go up to 100% in 57 minutes while the latter can go up to 70% in 30 minutes of charging.

If we’re to choose the best value phone, we have to give it to the Redmi K30 5G’s starting model. But for the same 8GB/128GB which is the standard in 2020, there’s no right or wrong choice here. Realme X50 is slightly cheaper but provides you an ultrawide selfie camera, while the Redmi K30 offers few extra features that you might find useful especially HDR10.