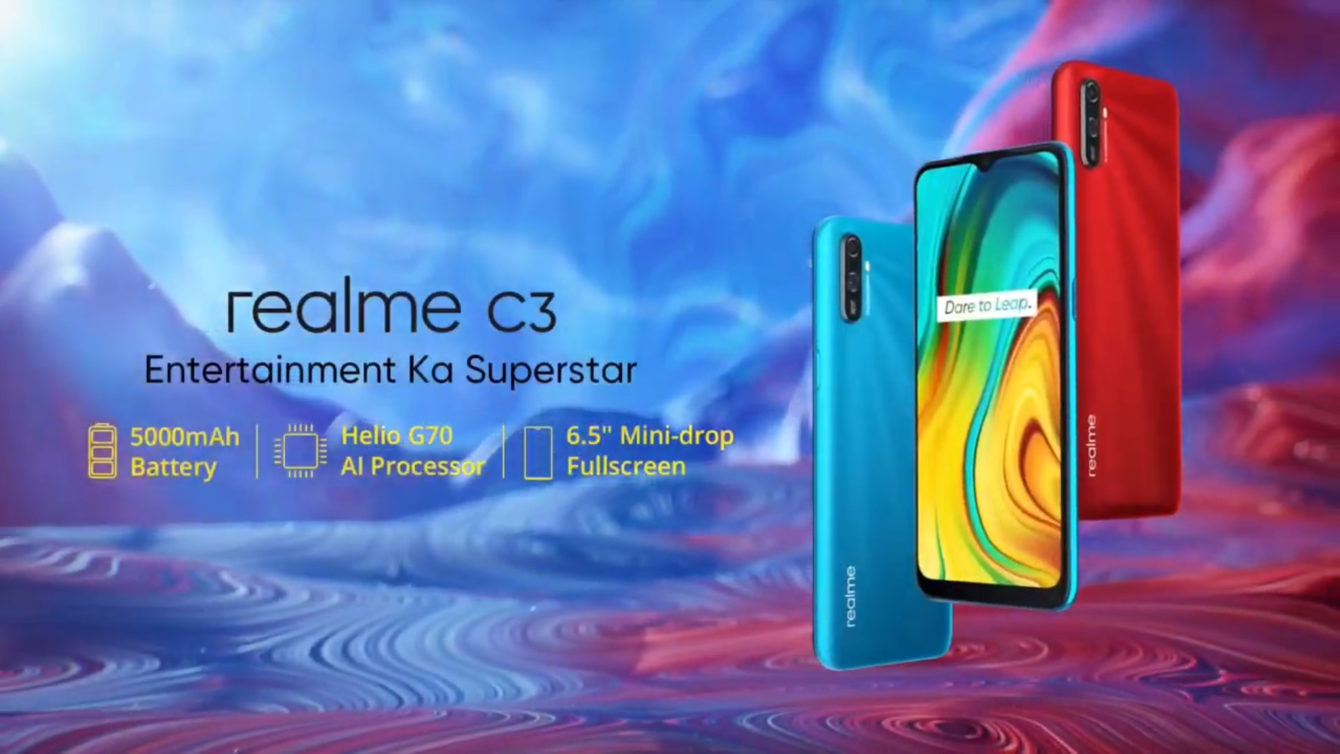 As scheduled, Realme C3 has been announced in India already. The price starts at Rs. 6,999 (~P4,900) for 3GB/32GB and goes up to Rs. 7,999 (~P5,600) for P4GB/64GB. Realme’s new entry-level phone comes with huge upgrades over the Realme C2 predecessor. The battery is now rated 5000mAh and the chipset uses the all-new Helio G70 that’s aimed at budget gamers. Like the new Realme 5i, the design is splash resistance and the 6.5″ IPS LCD features 720p+ resolution. For the cameras, the teardrop notch uses a 5MP AI selfie sensor while the main cameras use 12MP main and 2MP depth sensors. Last but not least is the fact that Realme C3 runs on Realme UI based on Android 10.

The new skin from Realme is a lighter and more refined version of ColorOS. For the rest of the features, the device has an audio jack, south-firing speaker, micro USB port, and 10W charging. Sales start on February 14 in India. If Realme C3 will ever arrive in the Philippines, we can see another great value budget phone that might cost below P6,990 of Realme 5i.