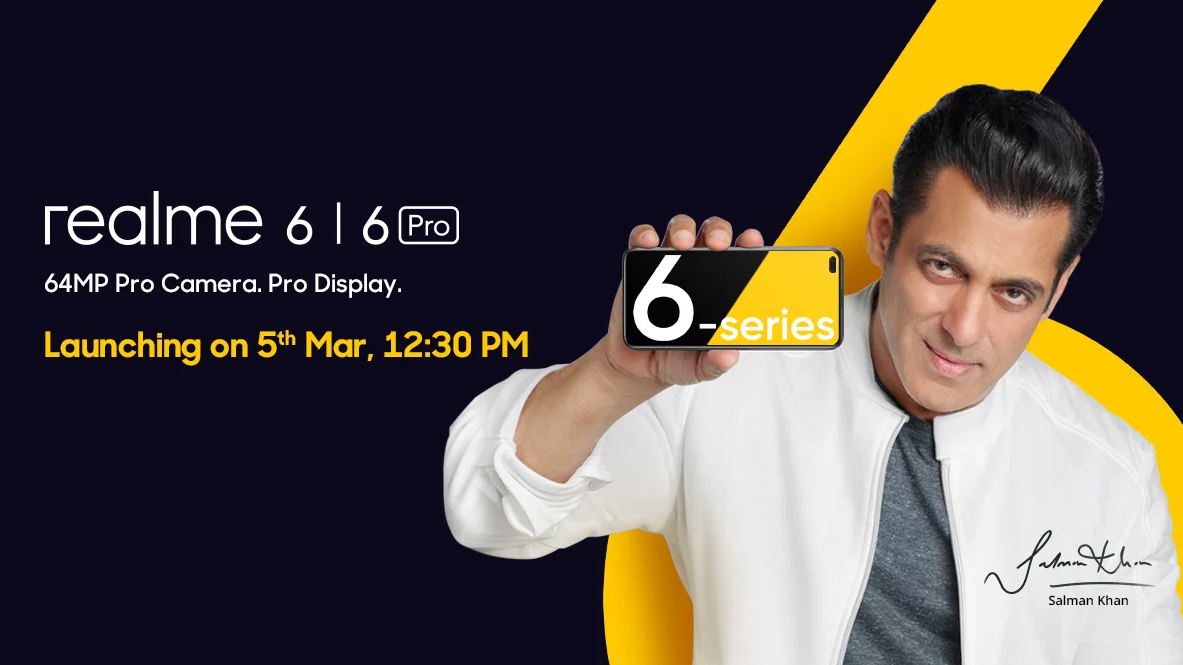 Two of the most anticipated phone releases next month are Realme 6 and Realme 6 Pro. Both are going to replace the highly-successful Realme 5 and Realme 5 Pro that launched with affordable quad-cameras. With the company confirming some of the specs and, us, consolidating the most recent leaks and rumors, we present everything you need to know about the Realme 6 series in one place.

Starting with the specs, Realme 6 Pro has been recently spotted on Geekbench with the model “RMX2061”. The benchmark shows 571 single-core performance and 1676 multi-core performance. The chipset used by the device is claimed to be Qualcomm’s Snapdragon 720G which is also paired with 8GB RAM and Realme UI based on Android 10. According to the posted teaser by Realme, there will be four main cameras — featuring a 64MP sensor. A dual-selfie camera in a pill-shaped cutout has also been revealed. Combining the report from 91mobiles, the main camera will be accompanied by an ultrawide, super-macro, and telephoto which offers up to 20x hybrid zoom. The display will use IPS LCD instead of OLED with FHD+ resolution. But, the good thing here is the inclusion of a 90Hz refresh rate. The same goes for the standard Realme 6 model.

Speaking of Realme 6, it will use a single selfie camera in a punch-hole cutout. There will also be four main cameras but we’re not sure if it’s going to use 48MP or 64MP for the main sensor. Based on a Wi-Fi certification, the device will use Helio P90 chipset instead of a Snapdragon alternative. Furthermore, it will also run on Realme UI. While we can’t say what the battery capacity will be for Realme 6, the leaked poster reveals the same 30W fast charging of the pro model that provides 40% in just 15minutes.

Realme 6 series will launch in India on March 5th. Coincidentally, Realme C3 will be launching in the Philippines on the same date.

READ: Realme 5i – Enough for Gaming?