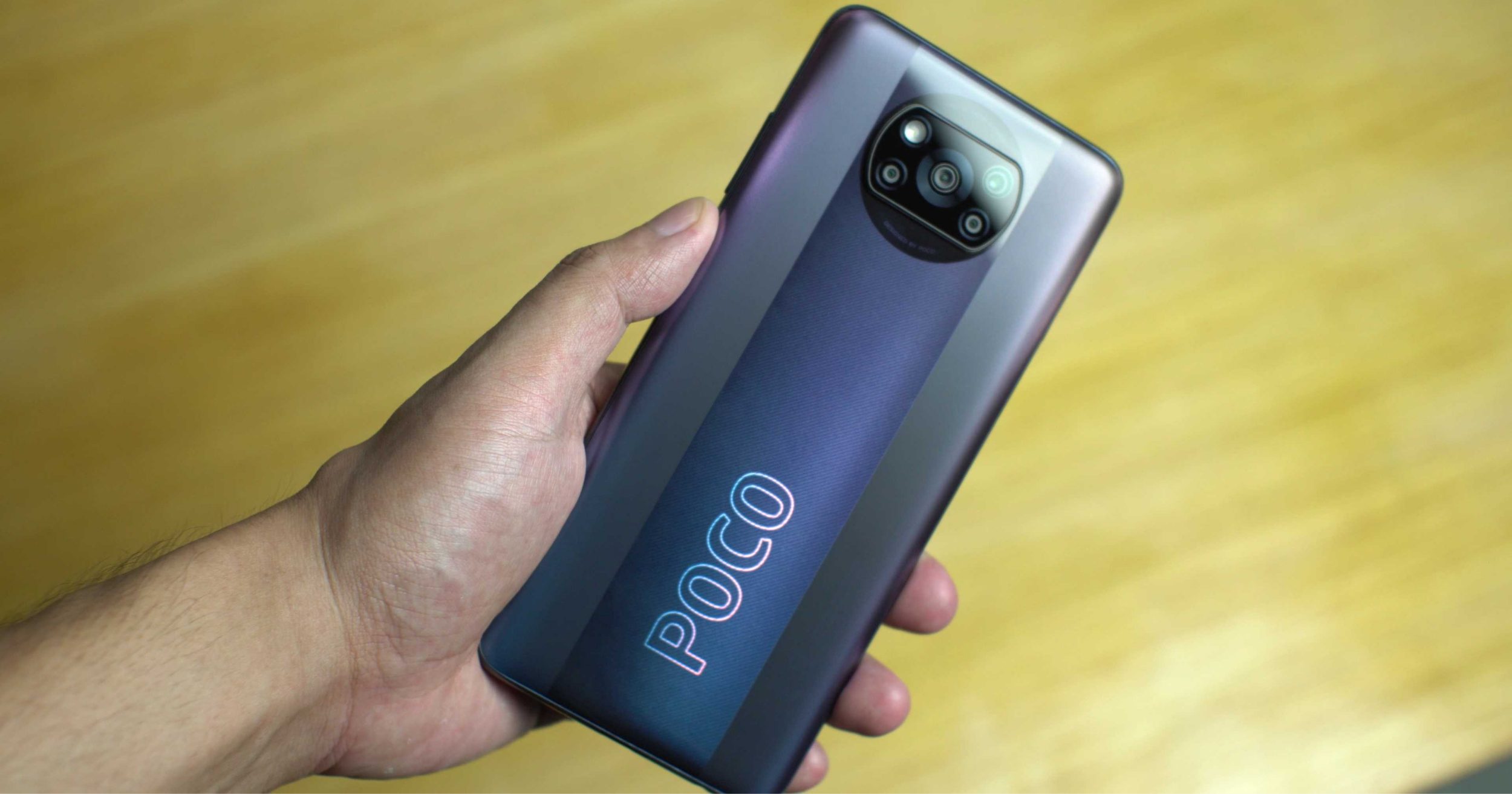 It may not be the POCO X3 NFC that we asked for, but the POCO X3 Pro has done what it’s supposed to do — and that is to offer the market a high-spec phone (in some areas) without breaking the bank (when on sale, at least). POCO X3 Pro comes with suggested retail price tags of ₱12,990 and ₱15,990 for the 6/128GB and 8/256GB models, respectively. During sale periods, those prices go down to ₱10,990 and ₱13,990, thus making the device easier to purchase. With that in mind, how much phone are you getting (and losing)?

We can’t deny the X3 Pro is nothing but a refreshed version of the X3 NFC, including the design and materials. The same camera hump, the same strip, and even the same size and polycarbonate build are found here. But POCO did spice things up a bit with one subtle change — the frosted finish edges on the back. While I prefer having an all-matte finish, I’m just glad some parts of the X3 Pro don’t attract fingerprint smudges. Although the strip pattern still does, I think it wouldn’t be possible for the large branding to stand out since it’s shining when hit by lighting at certain angles. But, you do feel the outline of the strip as if there’s paper glued on top of the plastic back panel.

If you’re thinking that this model is the purple version, you’re wrong. POCO calls this one the Shadow Black model, which in person actually shines in a dark purple hue with a hint of blue. There’s also the Frost Blue that looks really blue, and the Metal Bronze that looks a lot pink. Personally speaking, this black version is the way to go. It’s not as boring as the blue variant, but not as flashy as the bronze one. And if you happen to own cases of X3 NFC, they also happen to fit in X3 Pro.

POCO was also generous enough to include an IP53 rating, which means the X3 Pro comes with dust and splash resistance. Overall, the X3 Pro may still be the same bulky phone, but the changes are very much welcome. 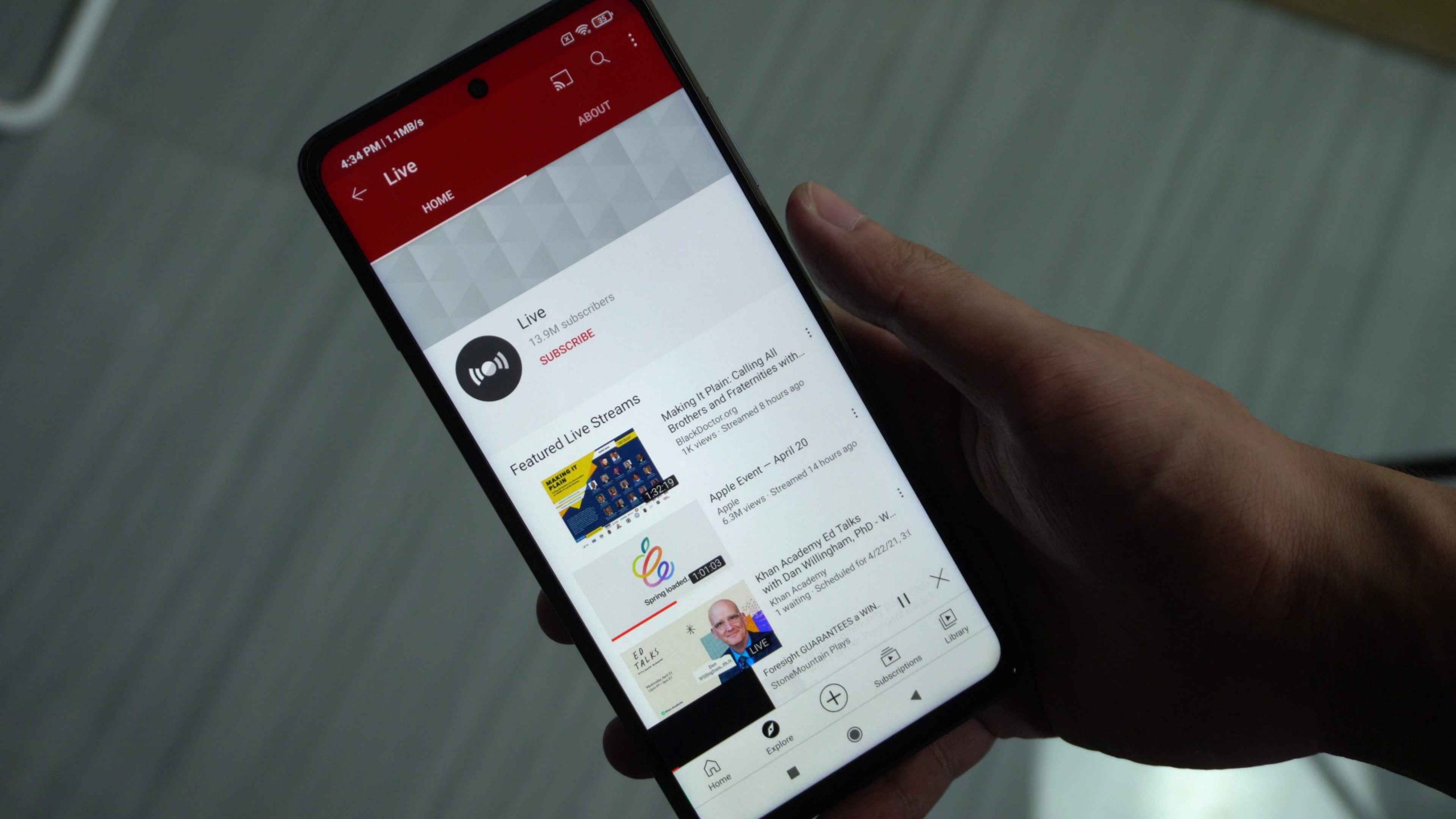 The same story is shared with the display. POCO X3 Pro is still rocking the first mid-range display with a 120Hz refresh rate, albeit IPS LCD. And it’s large too, at 6.67-inch. This time, the panel is protected by Gorilla Glass 6. Thanks to the fast refresh rate, it’s a responsive display that may give you a competitive edge in gaming. But if you don’t play a lot, you can set the refresh rate to 60Hz in the settings. The panel is also bright enough to withstand outdoor lighting, but given the nature of LCDs, our unit came with yellow-ish inconsistencies on the bottom portion. However, that didn’t stop us from enjoying this large and color-accurate panel.

Whether it’s for watching, playing, or multitasking, the X3 Pro’s display can do all that. You can even schedule when to toggle on and off the blue light filter through the Reading Mode under the display settings.

The only biggest upgrade the X3 Pro brings to the table when compared with the X3 NFC is the chipset. Putting the Snapdragon 732G of the older phone up against the Snapdragon 860, you’re looking around twice the performance upgrade. The 860 is nothing but a refreshed version of the 855+ from two years ago, but it still has the chops to drive the most demanding apps and games on the play store. Although there’s no 5G modem, that would only drive the price of this phone up.

For a new chipset, it’s expected for some apps to not support a fast refresh rate, like Wild Rift, PUBG, and COD. And that’s practically the case here, so you need to wait a few months for developers to drop official support. On the flip end, the X3 Pro handled every game with ease. There were occasional stutters but not enough to break the gaming experience. You can push the chip to its limit by playing Genshin Impact, but the best experience was changing the settings to low-medium at 30fps. You also don’t need to worry about overheating issues since that’s not present on the X3 Pro, even when charging.

The (minor) problem, however, lies in MIUI 12’s optimization. The X3 Pro is running Android 11 with MIUI 12.0.4 out of the box, and I have to say that it’s not yet fully optimized. There’s no gesture support for third-party launchers, the fullscreen gesture of POCO Launcher is stuttery, and the settings app and notif tray are still plagued with frame drops. To make things worse, notifications always arrive late. I also encountered messenger-bubble-heads-turned-squared-heads that block the message placeholder by the keyboard when replying. Messenger and Facebook notifs are also misaligned in the notif tray. And for a 120Hz-capable phone with a more powerful chip, day-to-day navigation feels smoother on the X3 NFC than the X3 Pro.

Fortunately, these are all software-related problems and can be fixed in future software updates.

At least, the fingerprint scanner on the side is fast and accurate, and the 3.55mm jack is still here. What you lose, though, is using a secondary SIM and a microSD card at the same time.

Like most Xiaomi/POCO phones, the strong hardware of the X3 Pro is let down by inconsistent software. That said, the phone is just strengthening its case of strictly for budget gamers only.

In exchange for better performance, the X3 Pro downgrades its 64MP quad-camera to 48MP quad-camera. Aside from the main sensor, the ultrawide has been downgraded from 13MP to 8MP. Luckily, the 20MP selfie camera stays. But thanks to Snapdragon 860, you can slo-mo at 1080p up to 960fps — though, we noticed that the quality looks really soft for a 1080p video.

In photos, the X3 Pro is slightly worse in sharpness quality than the X3 NFC. It’s also slightly less saturated, thus making it easier to edit in post. While the switch to 48MP doesn’t deliver a drastic change in quality, the 8MP ultrawide clearly has the short end of the stick. It turns out — you need the extra MP to get sharper and better-looking ultrawide shots. There are almost no changes in the selfie department other than the slightly zoomed-in look to make videos a bit stable.

Speaking of videos, the ultrawide is capped at [email protected] with no changes in quality for some reason. The same goes for the 48MP sensor, but with up to [email protected] The EIS is also decent at best. There are no 60fps for selfie videos, but the cropped look makes the subject appear brighter and better-looking than the X3 NFC.

Other than the ultrawide, there’s no drastic change in overall quality as opposed to what the numbers on the paper state. I think this is a welcome change for those who prioritize performance and longevity over the camera.

One of the biggest issues we had with the X3 NFC is the vibrating back panel, due to the loud and strong stereo speakers. That has been fixed on the X3 Pro, but I noticed that the loudness took a bit of a hit. Overall, it’s still a good-sounding speaker with no distortions. And if you’re looking to drive high impedance headphones, don’t bother since the 3.55mm jack comes with a standard DAC.

POCO X3 Pro is powered by the same 5160mAh battery and 33W fast charging. But since it’s now operating at higher frequencies, the battery life is slightly worse than the X3 NFC. I can still get 5-6 hours of screen time with an hour of gaming on the side, but that falls short with my 6-7 hours with the X3 NFC. Considering the Snapdragon 860, I say it’s still an impressive battery performance. Charging-wise, the 33W gets the phone 0-100% in 72 minutes, which is longer than the advertised 59 minutes.

To sum up, POCO X3 Pro is basically the X3 NFC with a better chip. It’s a great budget gaming phone, especially if you can nab it during sale periods. But as expected, POCO’s software is holding back the X3 Pro to be great. One of the most important things, at least to me, is receiving my notifications on time. Forget about Messenger bubbleheads and frame drops within the UI. If you can’t get me my notifications on time, which is a basic feature, that’s a huge red flag.

How to Refund in Steam

Google: The Place to Shop for the Future