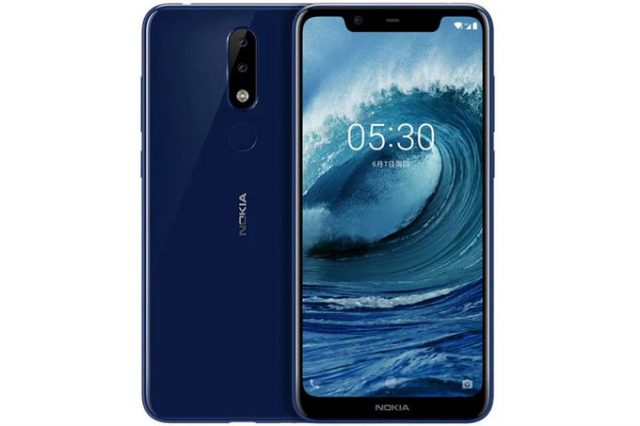 The supposed to be a schedule of the announcement of Nokia X5 which is on July 11 but postponed due to some issue, it’s finally official confirming some leaked key specs.

Under the hood, it is powered by MediaTek Helio P50 with 3GB/4GB of RAM coupled with 32GB/64GB storage that can be expanded via microSD card. Nokia X5 runs on Android 8.1 Oreo out of the box. The company plans on upgrading this to Android P when the final version gets out. It is also packed with 3060 mAh battery capacity.

The back panel is built with glass and features vertically aligned dual cameras placed at the upper-middle. It houses a 13-megapixel f/2.0 + 5-megapixel dual rear camera while the front has an 8-megapixel with f/2.2 aperture that supports AI portraits and beauty mode.