In the ongoing US-Huawei trade ban, things couldn’t get any worse for the Huawei Mate 30 Series as sideloading APK of Google Play and Services aren’t properly working anymore. A report claims that Google has started blocking the installation of Play Store-related apps including the ones that are already installed on Mate 30 devices. 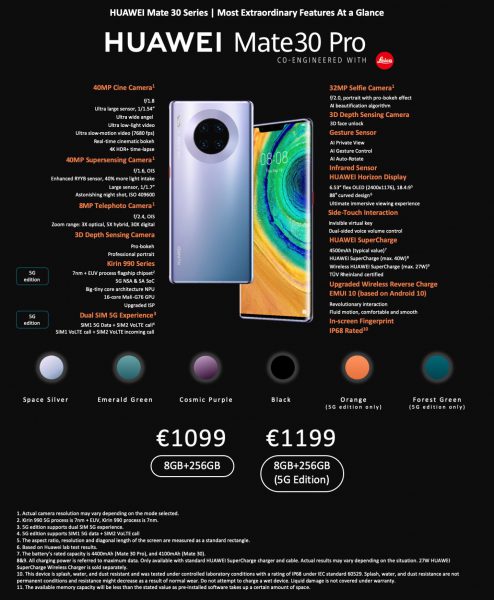 This report comes after SafetyNet, a “server-side security mechanism by Google” that identifies rooted or modified Android devices delivered a “failed” rating to a Mate 30 Pro. According to some users, some apps started to malfunction already — Google Pay, Netflix, and Pokemon Go have become “unusable”.

Before, Mate 30 owners could sideload the APK files to install the Google Services Framework. Right now, that’s not possible, especially now that Izplay.net (the APK website provider) has been disabled already. John Wu, the developer of Magisk that allows Android rooting, said that the website relies on a backdoor breach that alters the firmware of Mate 30 and allows malicious apps to be installed as “system apps”. Obviously, this exposes users to the risk of information and privacy breach. Until everything gets sorted out, Huawei Mate 30 owners will need to rely on the company’s AppGallery to install apps.