Samsung Galaxy M Series is exclusive for budget smartphone users. It is a cheaper Samsung device with huge batteries. This is the headline all over the media because one of the popular tipsters Ishan Agarwal tweeted the leaked specs of the Galaxy M32 yesterday.

The upcoming Galaxy M phone is said to have a 6.4-inch FHD+ OLED panel, MediaTek Helio G85 SoC, 4GB-6GB of ram, 64GB- 128GB storage, and a 6,000mAh battery. And it seems like it will be a budget-friendly entry-level, power-saving gaming powerhouse but with a 4G connectivity. 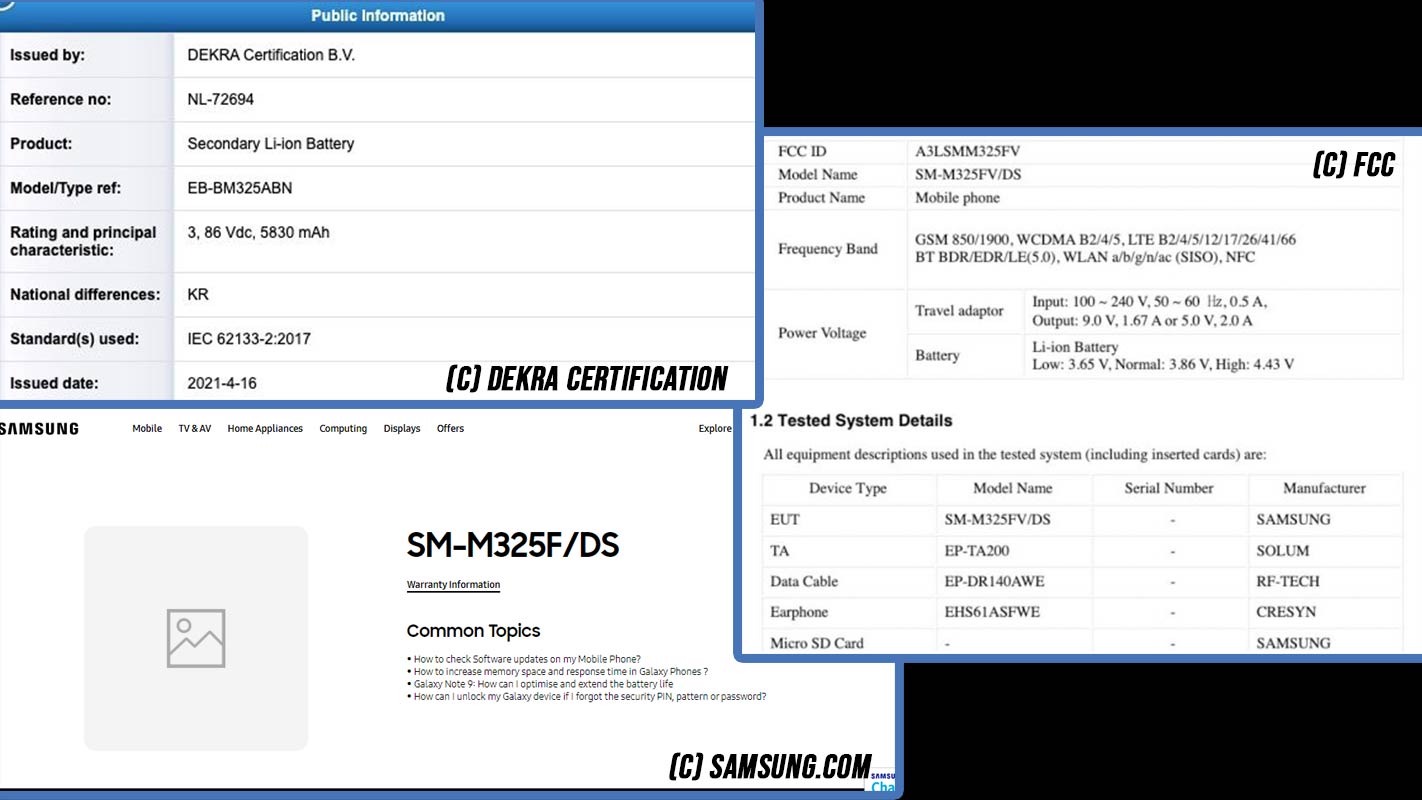 The battery revealed through DEKRA certification and now it has received approval from the Federal Communications Commission (FCC) and it has a model number: SM-M325F in their database. Which is already listed on the official Samsung website. There are no official specs at the moment but that’s very strong evidence that it has 15W rapid charging, Wi-Fi AC, and NFC.

Also, according to the latest renders on SamMobile Press, Galaxy M32 has 3 color variants and equipped with a quad-camera setup with a square-shaped camera module design. According to the leaks, the camera consists of a 48MP main, 8MP ultrawide, and 5MP for both macro and depth sensors. On the front, it has a dewdrop notch or the infinity U housing a 20MP selfie cam.

There are still no words about the launch date of the Samsung Galaxy M32 but all we know, it is very soon. The details are not yet official and are subject to change. We expect its price range to be in the P9,000 to P15,000 range.