Among the Redmi 6 series, they released the affordable version dubbed as the Xiaomi Redmi 6A which just released in the Philippine on July 18 at Marquee, Shari-La Hotel.

With the claims of Redmi series as the entry-level smartphone kings, we tested the Xiaomi Redmi 6A to see its overall performance including its camera, battery, speed and other features here in our review.

Its simplicity is what we appreciated on the design of the Redmi 6A, built with metal that isn’t prone with smudges. It consists of a single rear camera that houses a 13MP with an LED flash, a Xiaomi branding, and a speaker grille which is an unusual considering that it may affect its sound quality when placed on a flat surface lying down.

USB 2.0 charging port and the microphone are located at the bottom while another was placed at the top beside 3.5mm headphone jack. Meanwhile, physical buttons are on the right side and the SIM and micro SD card tray are at the opposite side. 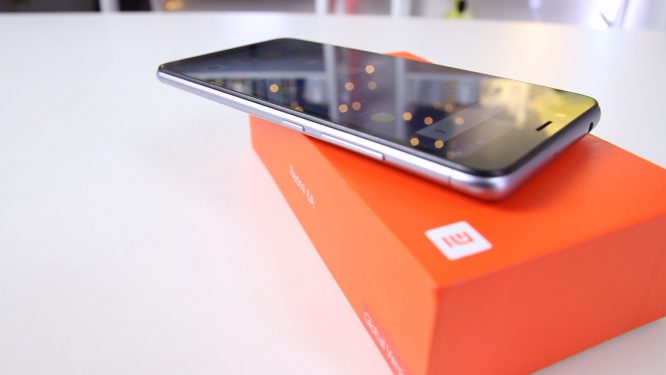 It may not be the brightest, but its creamy tone can be tolerable when we watched movie trailers and a couple of videos. Also, it had no problems when used in broad daylight.

Take note that this can be customized on display settings. (Settings > Display > Contrast & colors)

The Redmi 6A carries a 13-megapixel with a f/2.2 aperture for the rear camera and 5-megapixel front-facing camera packed with AI portrait features.

Although it is a budget phone, it is still impressive how it can capture the details of the subject. In HDR mode, it captured the colors close to accurate. It may not be the best at camera shooting, but Redmi still is trying to provide the users with quality photos.

On this photo which is HDR mode is still used, the popsicle sticks are not that vibrant as compared to other smartphones with the same mode. Also, the texture and little details of the popsicle is captured.

Even though the camera sensor has PDAF feature, with two subjects you still need to tap on the screen as the first try didn’t focus well. On this second attempt, the blur is not that noticeable in the background compared to the leaves that are the closest with the sensor.

Focusing subjects may not be one of this phone’s camera is good at, however, its capture with details is still commendable. For a budget phone, we can safely say that it has an average rear camera with it take with colors that are not too vibrant, not too dull and photo sharpness.

Similar with the other photos, I still tried focusing and using the HDR mode on different location and on a different lighting condition. Just what we’ve expected, it came out with an average level of vibrancy and the quality itself.

The first thing that will come into my mind upon seeing this photo is it looked like it went through editing and color adjustments. It may be on the different lighting since this was taken on a sunny weather. On the other note, its quality is still the same as the first set of photos.

We also tested the rear camera capabilities on a low light condition and turned out a bit blurry and noisy. Although, this situation is forgivable since its a budget phone.

For the selfie, we took three photos using different modes. The first one starting from the left is normal, beautify and on a low-light.

For a 5-megapixel front-facing camera, it resulted in an average selfie. It is not bad and not good either. On a beautify mode, it didn’t turn out to be obvious and artificial looking. And this is what most people want, to still look natural. And lastly, on a low-light photo, the subject looked clear. Compared to other selfies on low-light, using Redmi 6A it didn’t have any grains and manages to be soft and clear.

The Xiaomi Redmi 6A is powered by MediaTek Helio A22 quadcore processor clocked up to 2.0GHz. It comes with a RAM and storage variants of 2GB/3GB RAM along with 16GB/32GB internal storage.

Just like any other smartphones, Xiaomi provided a set of settings that a consumer need on their devices.

You can check your Redmi 6A’s protection on Security status (Settings > Security status) There you can see the Find device, security update, and the Google Play protect where you’ll be notified when an app is detected to for harmful behavior.

Speaking of security, we know that fingerprint scanner and face ID is a trend. However, this phone only has the usual passcodes and pins to unlock the phone. But considering its price, it’s forgivable.

On an 18:9 aspect ratio smartphone, it’s nice to feel and maximize its screen size that is why Xiaomi added the Full-screen display where you can switch to button whenever you don’t feel comfortable on using these gestures. (Settings > Full-screen display)

Lastly, we played highly graphic mobile games like Arena of Valor (AOV) and Asphalt 8. Overall, we experienced a couple of delays, but it didn’t affect so much of the gameplay. To summarize, it is tolerable for an average gamer.

We tested the Xiaomi Redmi 6A using the following benchmarking tools and here are the results:

The Xiaomi Redmi 6A is fueled by 3,340 mAh battery and it lasted for 32 hours of social media browsing and gaming for a 2hrs and 16mins worth of charging time.

Playing music using this phone on a maximum level is not that loud, however, its clearness with the sound quality is commendable. What we didn’t like is the placement of the speaker, since it is placed on the back panel. You cannot play music on the speaker with the phone lying down as it affects the volume of the sound.

This phone is a good choice for people looking for the main driver with a good phone and a nice set of specs for an affordable price.

What do you think of the Xiaomi Redmi 6A? Let us know in the comments!