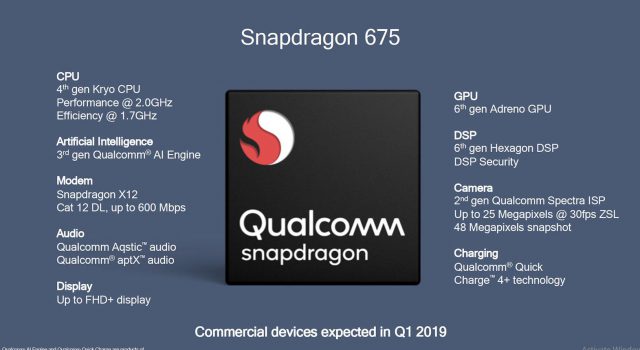 Qualcomm recently unveiled their newest mid-range SoC or mobile processor — Snapdragon 675 CPU– adding to the already crowded segment from the silicone manufacturer. While the first batch will ship in 1st Quarter of 2019, we wonder how it differs compared to the less than 6 months old 710 and 670? Well, it’s a bit complicated.

That’s what’s Qualcomm is preaching for the newest Snapdragon 675. Although the 11nm process seems to be a little bit bigger, there’s not much of a difference in overall raw performance. Instead, it’s the background enhancements that come with it, specifically gaming.

Made for better gaming performance, it’s claiming to provide a smoother experience with “over 90% fewer janks” such as drop frames, stutters, and even higher frame rates. 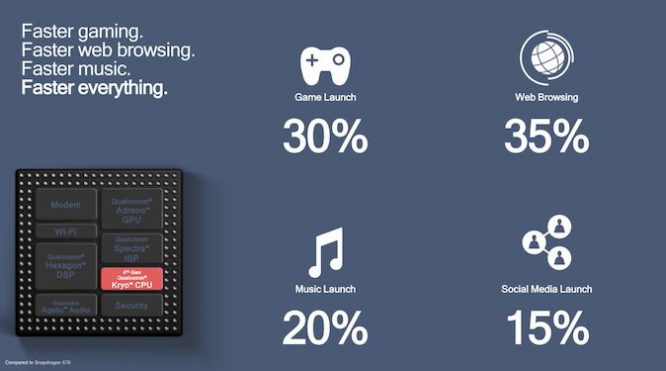 The real upgrade comes in the form of its camera performance. We’re bound to see mid-range handsets in 2019 that can provide up to 48MP sensors along with the ability to record up to 480fps slow-mo video.

Last but not least, it also boasts of up to 50% overall AI recognition improvements for better artificial bokeh effect, optimized battery life, and learning user’s voice for better voice unlocking.

In this case, we just have to take Qualcomm’s word for it. On paper, it might be considered a slower SoC compared to the two, but we’ve seen how software optimization works its magic with the hardware. After all, performance isn’t just about specs.

Qualcomm Snapdragon 1000: How powerful is it?