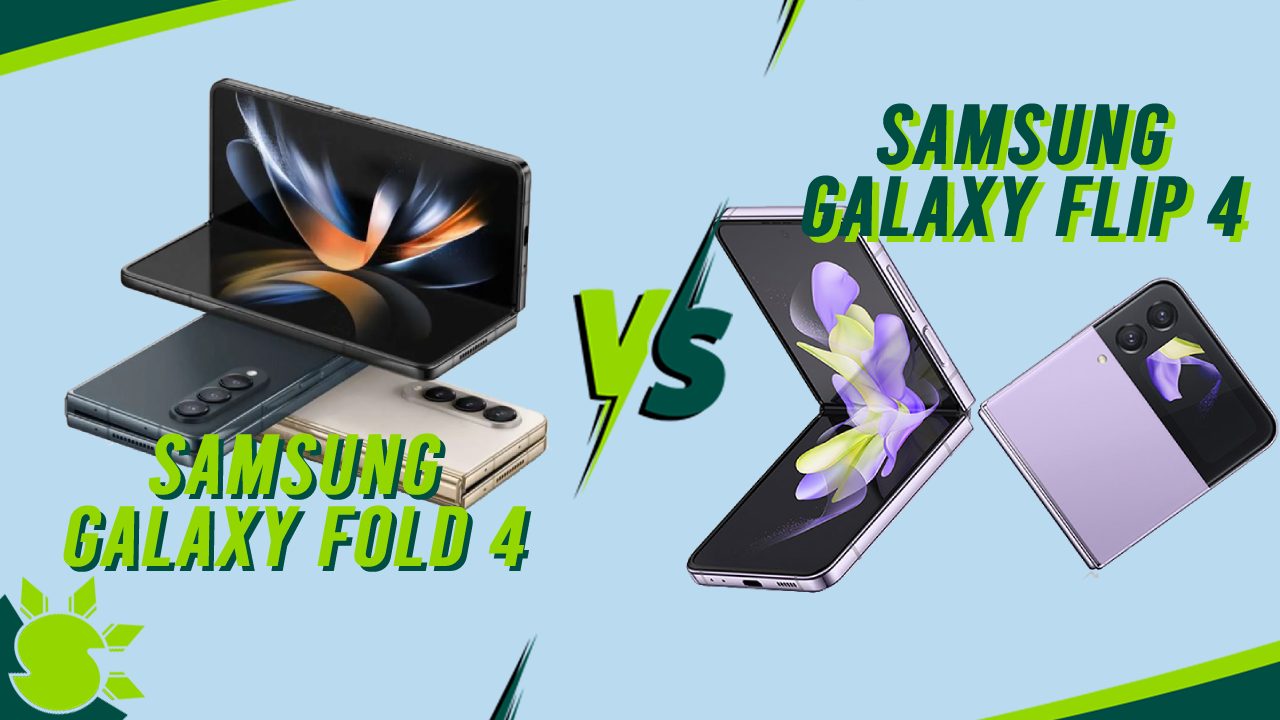 The Samsung Galaxy Z Fold 4 and the Samsung Galaxy Z Flip 4 are the company’s fourth generation of foldable phones. The former is better for those who want a great productivity phone, while the latter is better for those who want the most compact device. They both have different form factors, just like the previous generations. Although both devices have different physical factors, they are both flagships, and their specifications are similar. You have come to the ideal location if you’re attempting to figure out which is best without regard to their form factors. 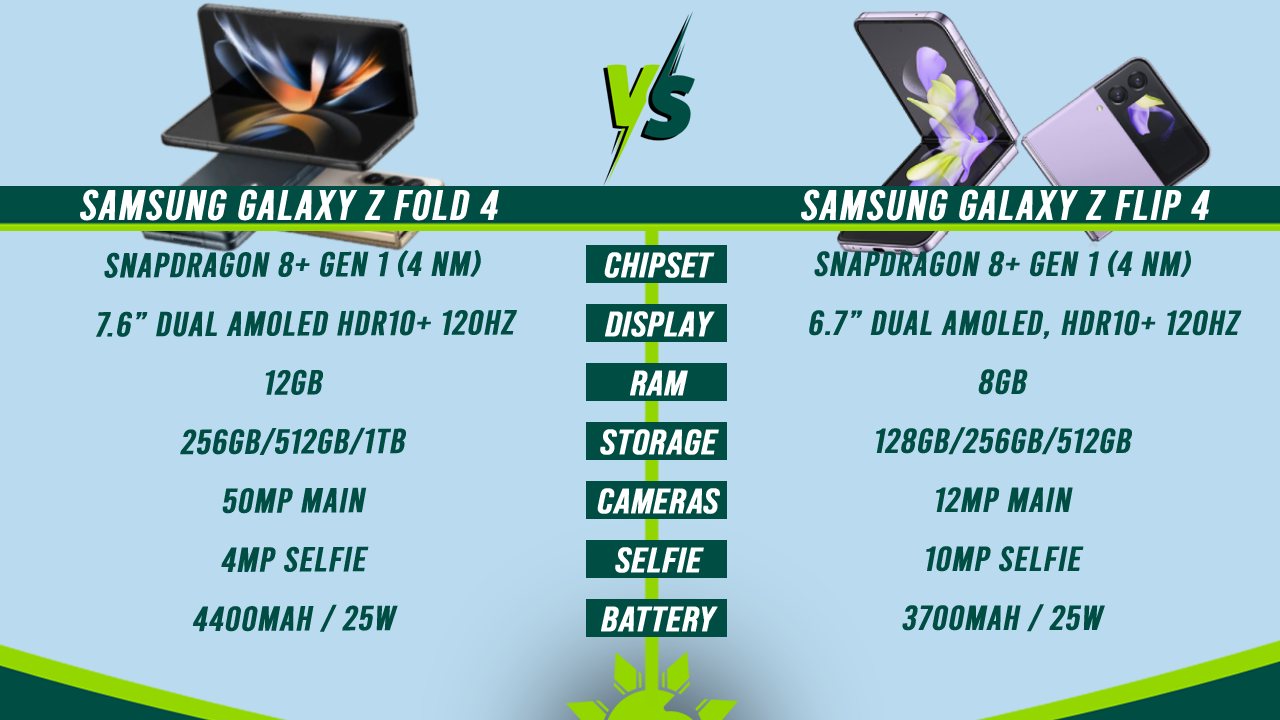 The form factors are radically different, as was already mentioned. The Samsung Galaxy Z Fold 4 has a folding display that can convert the phone into a tablet, yet when it is folded, it looks very much like a conventional phone. The Samsung Galaxy Z Flip 4 is a clamshell foldable phone; it has a foldable display with proportions equal to those of conventional phones but with the ability to fold in half, making the phone incredibly small. Which should you pick? Depending on your requirements, Galaxy Z Fold 4 or Galaxy Z Flip 4 is the better option. If you require a very wide display, Galaxy Z Fold 4 is the better option. The rear glass of both is covered by Corning Gorilla Glass Victus+, and an aluminum profile is used in their construction. They are foldable phones, but they also have the IPX8 certification, which means they are waterproof. Thus, in addition to novel form factors, exceptional build quality is also included.

The Samsung Galaxy Z Fold 4 actually has the finest internal folding display in our comparison. It is a 7.6-inch diagonal Dynamic AMOLED display with a 2K resolution of 1812 x 2176 pixels, a refresh rate of 120 Hz, and HDR10+ certification. The phone’s exterior is made up of a 6.2-inch AMOLED display with Corning Gorilla Glass Victus+ protection and an HD+ resolution of 904 x 2316 pixels. Apart from the enormous display, the Galaxy Z Fold 4 has a significant advantage: it supports the S Pen for handwriting and drawing, which may be quite helpful for productivity. The Flip’s inbuilt foldable display uses AMOLED technology, has a Full HD+ resolution, and a refresh rate of 120Hz. The exterior panel is a tiny 1.9-inch AMOLED display, but it still has a number of features and can be used to take pictures.

The same chipset powers both the Samsung Galaxy Z Fold 4 and Galaxy Z Flip 4. We are referring to the 4 nm-produced Qualcomm Snapdragon 8 Gen 1+ mobile platform, which features an octa-core architecture made up of an Adreno 730 GPU, four Cortex A510 CPUs, three Cortex A710 CPUs, and a Cortex X2 CPU with a maximum clock speed of 3.19 GHz. The RAM capacity and internal storage both vary, with the Fold 4 offering unquestionably superior performance. In fact, whereas the Samsung Galaxy Z Flip 4 has just 8GB of RAM and up to 512GB of native UFS 3.1 storage, the Samsung Galaxy Fold 4 offers 12GB of RAM and up to 1TB of internal storage. These phones come pre-installed with Android 12, although the Fold 4 includes Android 12L, a version tailored for gadgets with large displays.

Due to its superior sensors, the Samsung Galaxy Z Fold 4 triumphs in the camera comparison. A 50MP main camera with OIS and dual pixel autofocus, a 10MP telephoto sensor with 3x optical zoom, and a 12MP ultrawide lens with a FOV of 123 degrees are all featured on the back of the device. Only a 12MP main camera with OIS and a 12MP ultrawide camera is included with the Flip 4; this is a fairly inadequate offering for a flagship device, but hey, it is foldable.