Samsung had just revealed another color available to their Galaxy Note 9. Along with its other 5 color options, the Note 9 debuts an all-white finished body color dubbed as “First Snow White.” Not only that, but it also comes with a white S Pen. Same specs apply to the classy Snow White version.

The First Snow White Galaxy Note 9 version will be launched early next month. The unfortunate thing is, it was only launched in Taiwan. It is priced at NTD 30,900 (128GB model) and can be purchased at the beginning of December on Samsung stores and Chunghwa Telecom. Global availability is yet to be announced but you can purchase other color options like Lavender Purple, Metallic Copper, Midnight Black, Ocean Blue, and Cloud Silver. 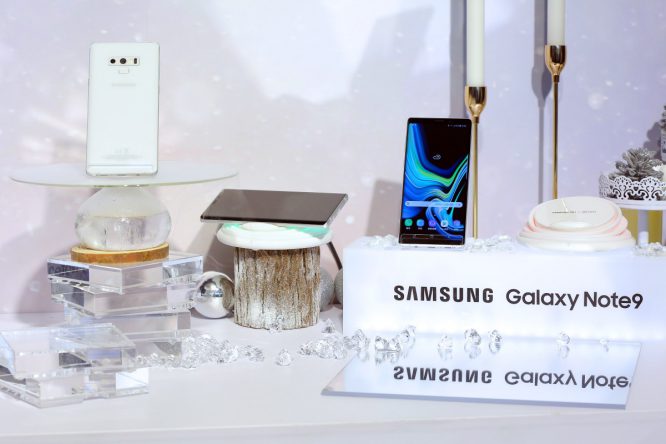