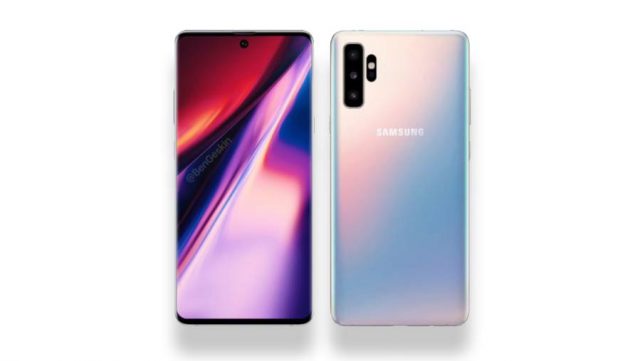 Samsung Galaxy Note 10 will share some punch-hole affair with its Galaxy S10 series sibling, only that its selfie camera island is located at the center. This is confirmed from the final render of the Galaxy Note 10 that’s leaked online.

Other specs of the Samsung Galaxy Note 10 includes a triple camera setup which is probably the first high-res sensor for the flagship lineup. If not, Samsung could retain and improved the camera sensor on the current Galaxy S10 line.

No other solid information was revealed aside from the variants to be launched including a 5G-ready standard or Pro version and a lite model possibly called Galaxy Note 10e.

What do you think of the final design of the Galaxy Note 10?