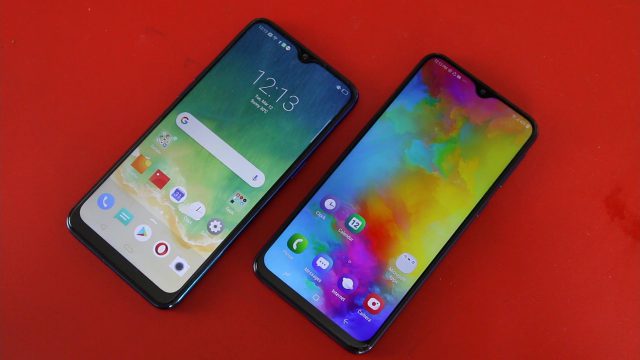 Not just Samsung Galaxy A series, Samsung has made a way for users for a much affordable price with Samsung Galaxy M series. And the latest M series to arrive locally in the Philippines was the Galaxy M20 while other models like the Galaxy M30 to become available soon.

Read: Samsung Galaxy A50 vs OPPO F11 Pro: Which is the best midrange smartphone?

Here is the list of Samsung Galaxy M series and its specifications:

If you want a simple yet efficient smartphone, Galaxy M10 fits you. Packed with a 3400 mAh battery, Samsung Galaxy M10 has a notch called Infinity-V display that looks stunning giving a wide-screen for your entertainment needs. This device has a 1.6GHz octa-core processor with either 2 or 3GB of RAM and 16 or 32GB of ROM. In terms of its cameras, it has a dual-rear camera system. The primary camera is 13MP with f/1.9 aperture while its wide-angle camera is 5MP with 120-degree capture. Galaxy M10 has a 5MP f/2.0 front-facing camera for your selfie needs with in-display flash. The display is capable of HD+ resolution.

Samsung Galaxy M10 is currently not available in the Philippines.

Samsung Galaxy M20 boasts its 5000 mAh battery with USB Type-C port for faster charging. Like Galaxy M10, it has an Infinity-V notch display but with higher Full HD+ resolution. In terms of processor, it is a bit faster with Exynos 7904 1.8GHz octa-core chipset. It can be availed either with 3 or 4GB of RAM and 32 or 64GB of memory depending on your preference.

On the other hand, Samsung Galaxy M20 has the same specs with Galaxy M10 in terms of its camera. It has a dual-rear camera system. The primary camera is 13MP with f/1.9 aperture while its wide-angle camera is 5MP with 120-degree capture. But its selfie shooter is an upgrade with 8MP, f/2.0 aperture.

Surprisingly, Galaxy M20 is equipped with Dolby Atmos for your sound entertainment needs.

This model is available in the Philippines for an affordable price of PHP10,990 with 3GB RAM and 32GB ROM memory configuration being sold in Samsung and Abenson stores nationwide.

This time, Galaxy M30 boasts its Infinity-U notch display with Full HD+ Super AMOLED screen that the company says has the sharper contrast and exceptional dynamic color reproduction. Like Galaxy M20, it also has a battery capacity of 5000mAh with fast-charging technology, thanks to its 15W USB Type-C charger. Its chipset, it also has Exynos 7904 1.8GHz octa-core processor but with higher memory configuration packed with either 4 or 6GB of RAM and 64 or 128GB of ROM.

Samsung Galaxy M30 has a triple-rear camera system consisting of 13MP primary camera with f/1.9 aperture, 5MP f/2.2 for its LiveFocus or bokeh shots, and a 5MP ultra-wide camera capable of 123-degree capture. Its front-facing camera is a big upgrade with 16MP.

Samsung Galaxy M30 is currently not available in the Philippines.

The Galaxy M40 leaves out the notch in favor of a punch-hole camera. Within it is a 16MP selfie sensor. On its back is a triple camera setup — 32MP main + 8MP ultra wide + 5MP depth.

A more capable Snapdragon 675 chipset is here with up to 6GB/128GB storage combo. You can expand that up to an impressive 1TB via microSD slot. Although it’s not yet final, initial speculations point to 6.5″ FHD+ Super AMOLED display, 5000mAH battery, and the omission of a headphone jack.