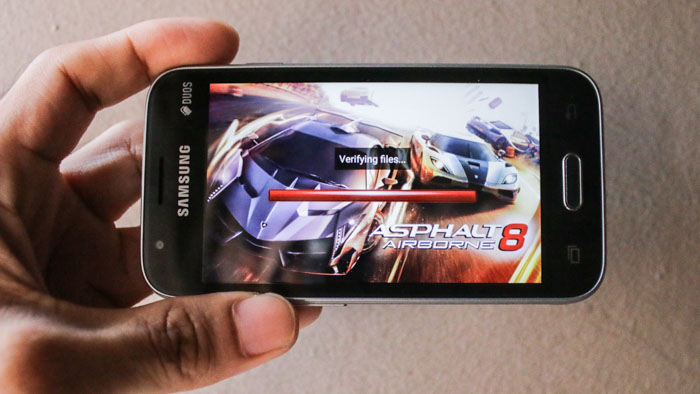 The Galaxy J1 Mini packaging is quite similar to the 2016 Galaxy smartphones with the usual suspects inside. Unfortunately, we didn’t see a USB data cable for transferring files, but Philippine buyers would get a free SIM card with 2 months internet from Globe.

The Samsung Galaxy J1 Mini borrows a lot of design elements from the big Galaxy J1 Nxt and J1 2016 version. But of course, the mini is easier to hold with curved corners and smaller profile. 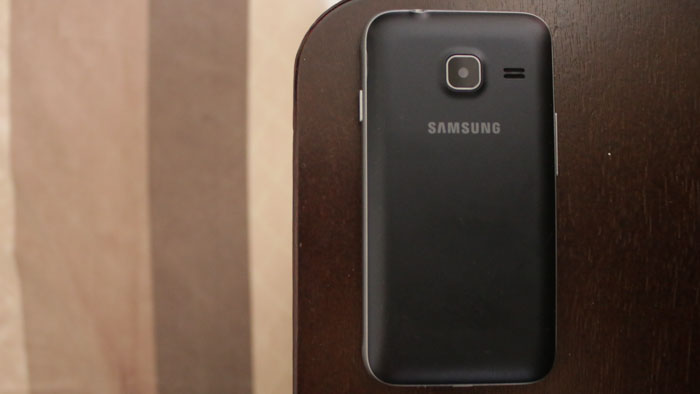 Back is removable and made of plastic with access to dual microSIM and micro SD card slot. The front flaunts 4-inch LCD screen, VGA camera and home button with nav keys. The right side houses power button and left with a volume rocker. On top, the 3.5mm audio jack is located and a microUSB at the bottom.

One-handed usage is very convenient on the mini while it snugly fit in any of my hands. Overall it is lightweight and feels great to handle.

The 4-inch WVGA TFT LCD screen is blinding at max brightness, but it lacks an ambient light sensor. Instead of an auto sensor, brightness can be manually set from quick menu. There is an Outdoor toggle, which produces maximum backlight for 15-minutes each toggle.

Sharpness is what would anyone expect from this $80 / P3,690 pesos phone — dull yet satisfying OK. The color is a bit washed out, but who would have mind knowing this is an ultra-budget phone.

Rocking a 5MP main camera at the back and front-facing 0.3MP VGA selfie camera, one shouldn’t expect modest results. At best, the camera takes fixed focus images with so-so brightness and poor detail preservation and sharpness. Perhaps, the only redeeming feature of the camera is the 720p HD video recording.

The interface in Galaxy J1 Mini is familiar, thanks to the inclusion of TouchWiz while phone runs on Android 5.1.1 Lollipop. Despite the poor display experience, the software side is rich and complete with Android support.

Under-the-hood is a quad-core Spreadtrum processor clocked at 1.2GHz each and paired with 768MB RAM and 8GB internal. Usable memory is 4.5GB with additional 128GB microSD card support.

We run benchmark apps, but we recommend you should not bother checking out the scores. At least, in real-life performance, the Galaxy J1 Mini was able to run Clash Royale and Clash of Clan smoothly.

On the coming days, we will try to test and run more intensively-graphics games such as Asphalt 8 and Modern Combat.

Our full battery test will be conducted on the coming days. But so far, the 1500mAh battery capacity has been able to hold on while using the Galaxy J1 Mini for a day. We will follow up more results including charging time in the next report.

The rear-firing speaker produced convincingly good output for this compact phone. The vocal output is clear while bass level is flat out. 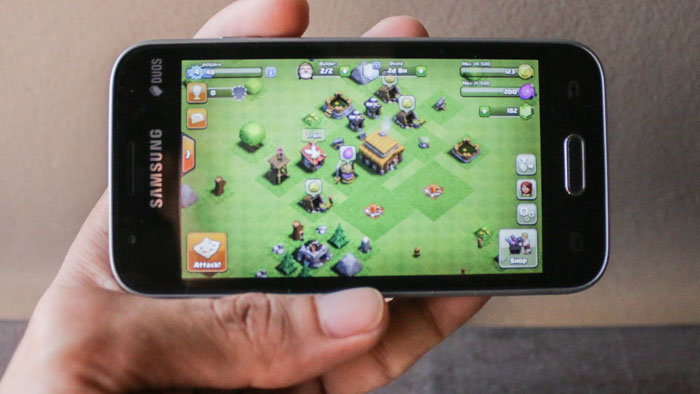 So is the Galaxy J1 Mini worth it? If you’re on a tight budget, the priced at P3,690 pesos official SRP is the most affordable way to taste Android in Lollipop. The Galaxy J1 Mini is maybe the least capable from Samsung phones, but it has still few advantages on hand. A few of those features is the removable battery and the handy profile–both are quite rare today.

Even in this category, the ultra-low-end Galaxy J1 Mini has a handful competition in the market. One of the closest phones matching its value is the Xiaomi Redmi 3 and Lenovo Lemon 3 for just a thousand more.