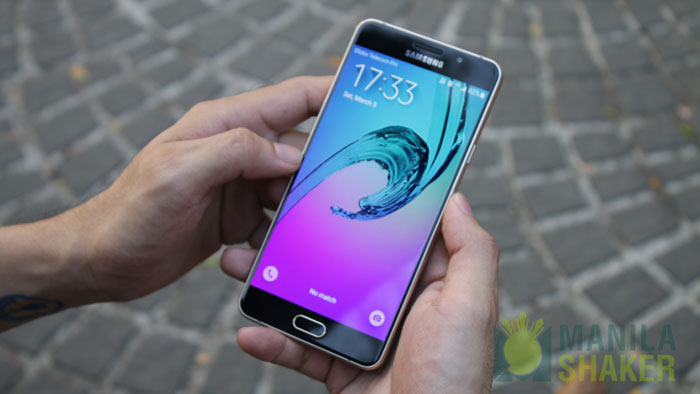 Last year we saw Samsung introduced a new premium series, the Galaxy A lineup. This series lies between the lower to the upper mid-range category sporting mainly the premium designs and few features found on the flagship ones such as on Galaxy S6 and S7. The middle most model is the Samsung Galaxy A7, which has been succeeded by the new Galaxy A7 2016 edition earlier this year.

Unlike the budget Galaxy E and J series, the A series is more expensive, which justifies its premium build and design in a modest hardware. This approach undercuts potential flagship buyers that are not completely sold on high-end and latest features, but rather to the overall stylish exterior paired with sufficient performance out-of-the-box.

With the Samsung Galaxy A7 2016 edition priced at sub Php 23k pesos locally in the Philippines, could it really satisfy those users looking into a more affordable premium smartphone? And with few upgrades on the line, is the new A7 a worthy upgrade from the 2015 model? Let’s find out that in out comprehensive and in-depth review.

Unboxing: What’s in the retail package?

Last time had a triple unboxing of the A series. All boxes came in the same designs and contents with only the dimensions of the box being different. Inside you can find the 2.0 A power adapter, USB data cable, stereo headset, startup guides, and the SIM ejector tool. You can check the full unboxing and hands-on here.

Like the Samsung Galaxy A5 2016, the new Galaxy A7 is made of the same metal and glass design and build–all inspired from the Galaxy S6. The frame sides are tapered while the Gorilla 4 glasses up front and on back slightly curved outwards.

The gold-accented home button is embedded with a fingerprint scanner. Setting up was a breeze and the sensor itself is fast and accurate for most of the time. Aside from the grilled earpiece and 5MP front-facing camera, which we will be talking later, there’re not many visible elements.

Going to buttons, the right side houses a single piece metal volume rocker that’s easy to reach with a thumb. It’s also clicky and offers reassuring feedback similar to the power button on the left side. Just below the volume rocker is a hybrid dual-SIM card or microSD card tray. Some regions will have a dedicated SD memory expansion slot.

Crammed on the bottom is a microUSB 2.0 with a mono loudspeaker on the side and another mic, in addition to the mic on top.

The back side is totally flat with the camera lens protruding. The LED flash sits beside the camera. Unlike the Galaxy S7, which can easily pick up some dust and dirt, the flat back here is less prone to smudges.

Handling the Galaxy A7 is quite cumbersome due to the 172g weight and thick bezels on top and bottom (more of a personal experience). But thickness at 7.3mm makes a room for some basic one-handed operations.

Overall, the Galaxy A7 may not be as stylish and waterproof as the curved-back Galaxy S7, but at least, it will win some awards in the mid-range design category. Not only it stands out in the crowd, Samsung also managed to offer either a microSD card slot or dual-SIM support, and these makes our experience more compelling.

I will always keep it brief in the display as we have little to talk about the 5.5-inch Super AMOLED with 1080p Full HD resolution of the device. The colors pop out and the overall screen remains sharp and bright. We understand that it’s slightly lower pixel density than the QHD screens we found on LG G5 or Galaxy S7. But this is a mid-range phone, so the FHD is either enough or too much for most users.

To give a more objective camera review, we compared the 2016 and 2015 Galaxy A7 models to see what the camera really offers. Through a real-world test, the still images we are getting from the 13MP main sensor with the f1.9 lens are bright, with less natural colors, and have OK detail preservation in the daylight shooting. Why we say average, if you ask? Average in sharpness as the processing struggles in some shots though over sharpening.

The same quality we got from the low light photos is the same. The camera sometimes overblew the highlights while the color is completely way off from real and loss a ton of saturation. The details are also edgy and what we didn’t expect from this camera. What will you get, on the other hand, is a bright image. Worse, true to selfie shots with over beautification effect.

Low light, indoor and with flash

At least, on the video recording, the 1080p FHD is backed by an OIS (Optical Image Stabilization) and offers smoother and more stable video.

Under the hood is the same octa-core CPU on a Snapdragon 615 chipset paired with a 3GB RAM, which is larger than the previous generation. It’s safe to expect that despite powered by the same chipset a year ago, performance on the Galaxy A7 2016 is generally smooth most of the time. Although we still missed the snappier and zero visible lag experience from the Galaxy A9 and Galaxy S7.

From smooth transition to heavy multitasking and gaming, the Galaxy A7 proved to be a capable mid-range hardware that doesn’t get overheat.

Despite the Google Android 6.0 Marshmallow released to OEMs late last year, Samsung instead ported a Lollipop version 5.1.1 on all Galaxy A models launched this early 2016. It’s a bummer given the Galaxy S7 launching just a month later but with Marshmallow on-board.

But software-wise, there’s no really huge gap between the TouchWiz Marshmallow-flavored and the Lollipop, aesthetically speaking. Most improvements of the new software of Google is found at its core and under the hood. Users get the same treatment in customizations including access to dozens of themes collection of Samsung.

One of the biggest upgrades to the new Samsung Galaxy A7 model is the battery capacity. From mere 2600mAh last year, it increased now to 3300mAh.

That’s a big jump in cell juice. But how did it stack up in real world usage? By comparison, the newer model easily outlasts the 2015 model in few hours in our battery test while maintaining a day and a half battery life in moderate usage off a single charge. These numbers equate to a 4 to 5 hours screen-on time and 7.5 hours in PC Mark.

Charging takes a longer time now, but just for a sub 30-minute addition, thanks to the fast adaptive power adapter.

Positioned on the bottom, the single loudspeaker produced loud audio but with less powerful bass and a bit tinny output at the high volume level. It’s the same back-firing speaker as on 2015 model but has just been repositioned.

For a P22,990 price, the Samsung Galaxy A7 2016 is hard to recommend for those looking to upgrade from either of the Galaxy A8 or Galaxy A7 models. There’s little precious changes in hardware and software features, so we still think it’s more economical to hold on your current Galaxy A smartphone right now until next year.

On the other hand, the Samsung Galaxy A5 2016 is a few thousands cheaper than the A7 but just for a slight downgrade in the battery, display size, and memory–making the former a more compelling choice. And not just the Galaxy A5 that makes a good alternative, there’s also a Samsung Galaxy A9 offering a faster and new Snapdragon 650 chipset, larger battery, and wider display; of course for a few thousands more.

The positioning of the Galaxy A7 as the middle A warrior in the market is quite a gamble and tricky approach for Samsung. But there’s no denying that this has still a room in the market, likely to new users looking for a high-end looking and stylish smartphone.

Samsung Galaxy A7 2016 edition full review vs Galaxy A9 Pro