Samsung has another budget phone this time in the form of the Samsung Galaxy A10 series. The trio Galaxy A10, Galaxy A30, and Galaxy A50 have been launched in India and MWC just a day apart. The pricing of the Galaxy A10 is $120 or roughly P6,000 Philippine pesos along with decent budget specs.

The Samsung Galaxy A10 features a large 6.2-inch notch LCD screen called the Infinity-V with HD+ resolution, it is not the same Super AMOLED found on the more expensive Galaxy A30 and Galaxy A50.

Along with the large display are a 13MP main camera and 5MP selfie. The processor is octa-core, thanks to the Exynos 7884 coupled with 2GB RAM, 32GB storage, and 3400 mAh battery.

The Samsung Galaxy A10 runs on Android 9.0 Pie on One UI similar to latest Galaxy S10 series and will become available in March in India. Availability and official SRP for the Philippines and other markets will be announced after. 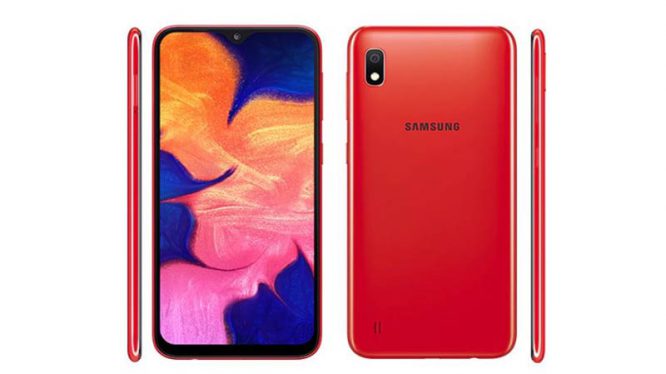 Samsung Galaxy A10 (2019) specs, price, availability in the Philippines