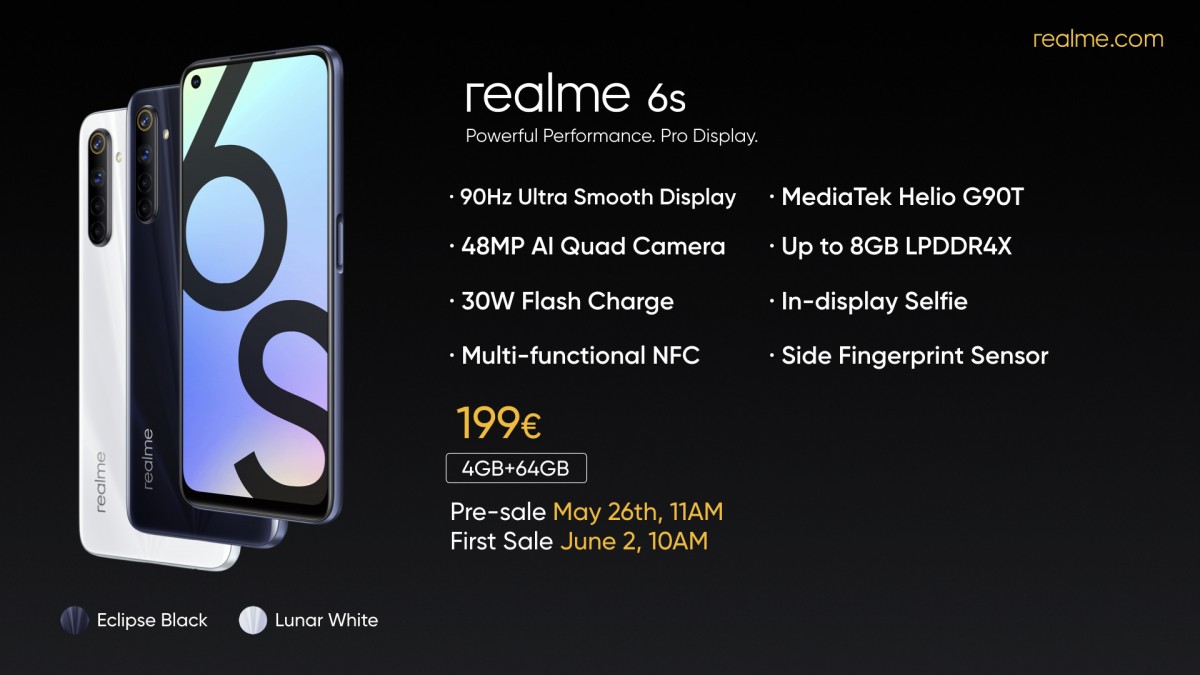 After the launch of the Realme 6i, two months have passed and the company has released yet again a new smartphone — Realme 6s. This phone is packed with 4GB of RAM and 64GB of storage. Coming up with a price that costs €199 or roughly about Php11,000(before taxes), it currently comes in an Eclipse Black color and will soon be released in Lunar White. Realme 6s is on pre-sale for the European market already and it will be available starting June 2. Philippine availability remains to be seen. 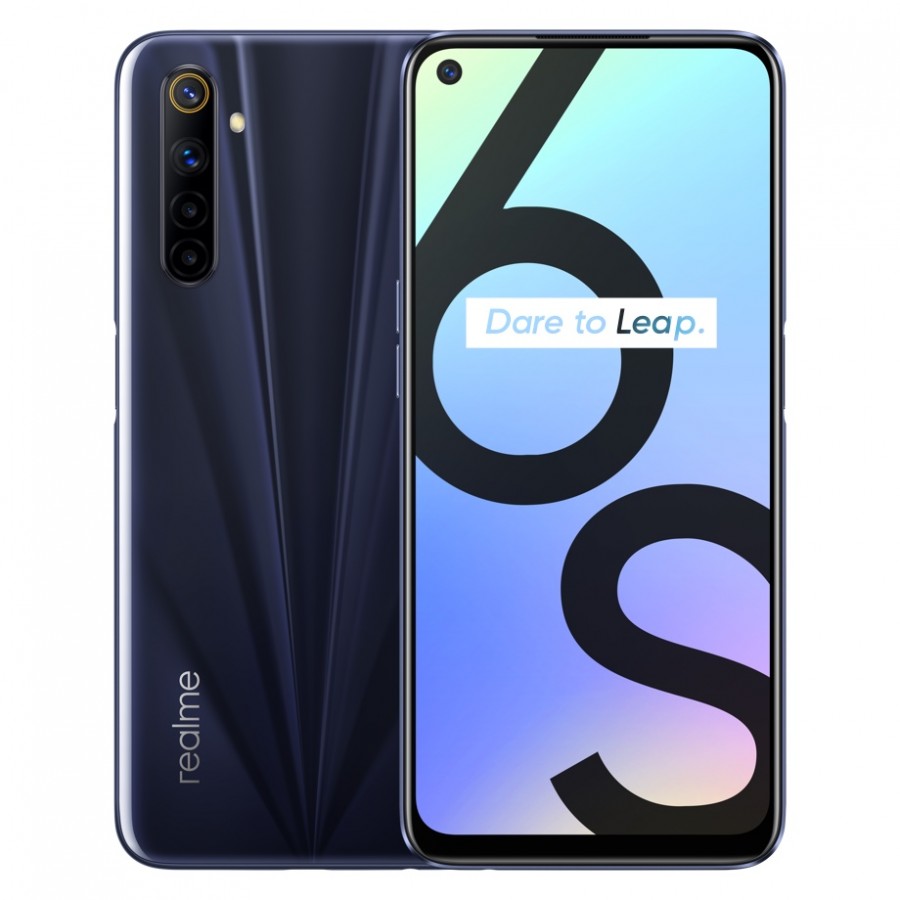 Realme 6s showcases its 6.5″ FHD+ 90Hz Ultra Smooth Display with a 90.5% Screen-to-body ratio, giving users a different kind of entertainment experience when using the smartphone. The phone also comes with a side fingerprint sensor that features a 0.29s instant unlock.

With a whopping 4300mAh battery, the smartphone can achieve full battery life within an hour using its 30w flash charger that also features five-layer protection to prevent any battery concerns. 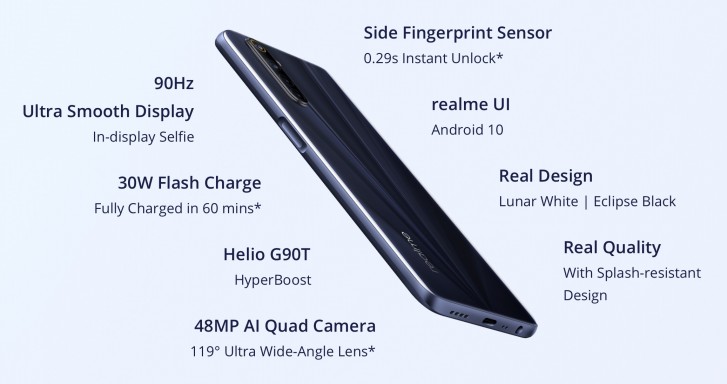 For the mobile gamers out there, Realme 6s features two Cortex-A76 and six A55 cores. It runs on a MediaTek Helio G90T chipset which is the same one found on the Realme 6.

The 48MP AI Quad camera sports 2MP macro, 2MP depth, and 8MP ultrawide. In addition, it also comes with a Super NightScape 2.0 that enables the user to shoot bright and clear night scenes even without the use of a tripod. The front camera packs a 16MP sensor with tons of AI enhancements.