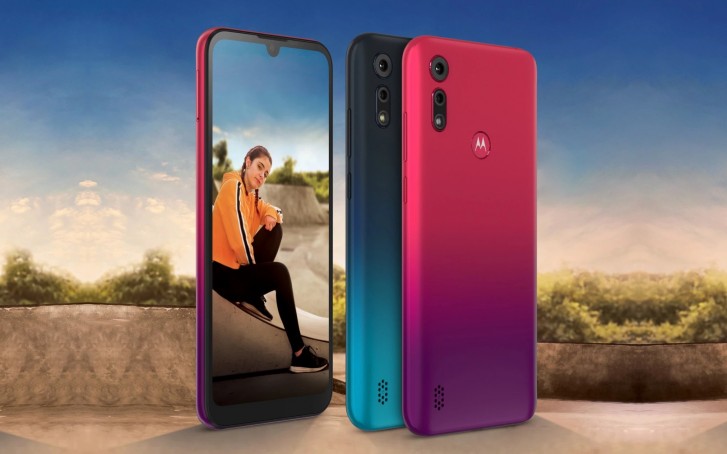 Out of nowhere, Moto e6s gets announced by the American company with a design that looks nowhere its category. Considered as a budget phone in 2020, the e6s has dual-hue gradient on the back that’s available in Peacock Blue and Sunrise Red colors. We personally like how the colors fade out into a different hue which adds more interest to the looks of the device. Additionally, there’s P2i water-repellent nano-coating which is becoming a standard for cheap phones.

As for the specs, you get a 6.1″ HD+ Max Vision display which basically features IPS LCD. Don’t expect a lot of power from the MediaTek Helio P22, given the new chipsets that’s been launching recently (we’re looking at Realme 6i with Helio G80). It’s paired with 2GB RAM and 32GB internal storage. Unfortunately, Moto e6s still runs on Android 9 Pie. Onto the hardware side, there’s a fingerprint scanner on the back, along with 13MP and 5MP cameras, while the 5MP selfie camera is housed inside a teardrop notch. The battery is rated 3000mAh only and charges at a very slow 5W rate. This has to be the most disappointing part of the device.

The release date and pricing of Moto e6s remains to be seen, but it’s been tipped to launch in selected countries of Asia, Europe, and Latin America.