College years are finally over, we can now expect a lot of graduation rites marking the finish line of ‘ups and downs’.

Everyone has to celebrate and everyone deserves a gift!

Here are the midrange smartphones you might consider buying for yourself:

This device has a whopping 6.23″LTPS IPS LCD display that is impressively crisp and vivid, thanks to its Full HD resolution.

OPPO F11 Pro is powered by MediaTek Helio P70 that will surely handle your gaming needs. It has two rear cameras— 48MP f/1.8 primary camera and 5MP f/2.4 depth sensor. When it comes to selfie shooter, it has a generous motorized pop-up 16MP f/2.0 camera that has 1.0 micron pixels.

This device has the latest Android operating system, Android 9 Pie out of the box.

Even after a year, Nokia 7 plus can still fight in the upper-midrange category.

Nokia 7 plus has a 6″ Full HD + IPS LCD display that will give you vivid colors and clarity. The device also has sunlight readability so you won’t worry reading your messages on Facebook under the sun.

Powered by Snapdragon 660 mobile processor and paired with 4GB RAM and 64GB ROM, Nokia 7 plus has an excellent performance in gaming and multiple tasks.

Its build and design make you feel like you are handling a flagship device. Nokia 7 plus was machined from a single block of aluminium and has undergone a six-layer ceramic-feel paint process. So flawless!

The strongest point of this device are its three highly-sensitive ZEISS cameras that will give you DSLR-like photos especially in good lighting conditions. At the back, you have 12MP f/1.75, 1.4 micron pixels primary camera and 13MP f/2.6 2x lossless optical zoom telephoto lens. Its front-facing camera has 16MP f/2.0 that is good in lowlight selfies.

Read: Nokia 7 Plus Hands On

Samsung has finally followed the trend of notch design— this time, for their midrange phone.

Samsung Galaxy A50 is the latest midrange offering from the Korean mobile giant this year. It is packed with good specifications at an affordable price.

This device boasts a 6.4″ Super AMOLED display that is protected by Gorilla Glass 3. When it comes to operating system, it is powered by Android 9 Pie out of the box.

Samsung Galaxy A50 is run by Exynos 9160 octa-core processor that is fast and reliable. Talking about its memory configuration, it has a 4GB/6GB and 64GB/128GB depending on your preference.

Like Samsung A7 (2018), Samsung Galaxy A50 has also triple-lens camera system. Its primary camera has 25MP f/1.7 sensor, while its ultrawide and depth sensor have 8MP f/2.2 and 5MP f/2.2 sensors respectively. Selfie has never been this clearer as it boasts 25MP f/2.0 front-facing camera.

Xiaomi’s Redmi is now in the Philippines and just recently launched its new device, the Redmi Note 7. It has caught the world with its 48MP camera sensor at its midrange price point.

This device is powered by Snapdragon 660 with Adreno 512 GPU. It is packed with 3/32GB, 4/64GB, 6/64GB RAM and ROM configurations. So you won’t have any big issues on playing your favorite games online!

We’ve seen how Vivo has grown as a company. They have brought in-display fingerprint scanning technology that’s now being adapted by other smartphone manufacturers. But there’s nothing stopping them to innovate!

It has a 6.39″ Super AMOLED Full HD display with no notch at all.

This device is powered by the latest midrange processor, Snapdragon 675 and paired with 128GB ROM and 6/8GB of RAM.

Now that you’ve finally finished the life of being a student, it’s time to gift yourself a treat! 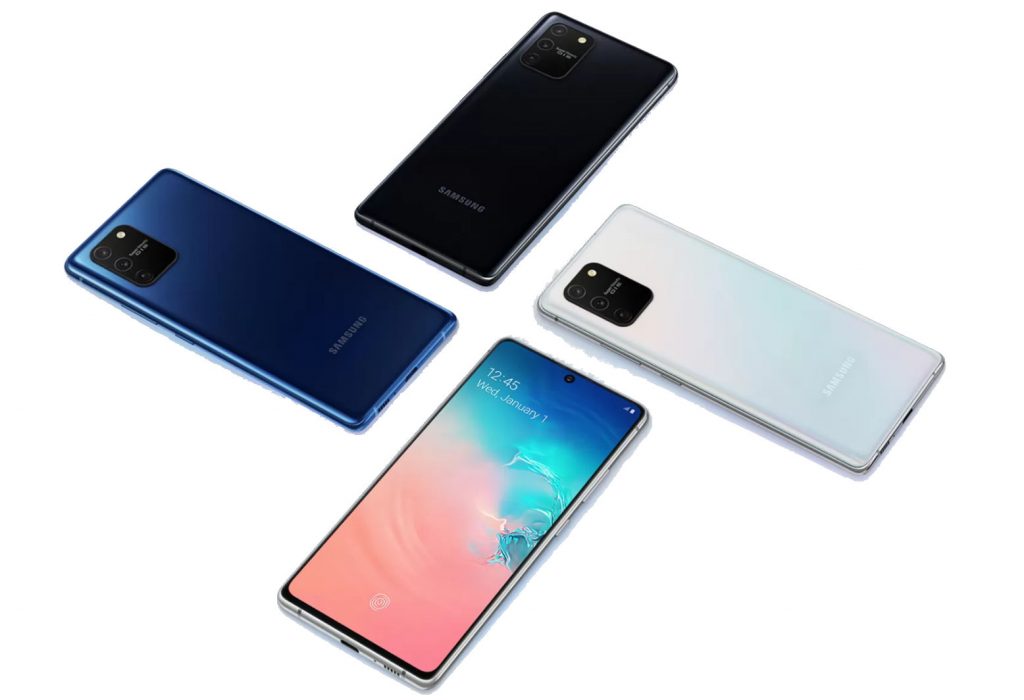