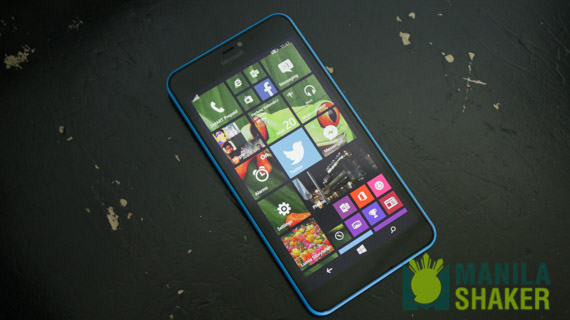 Announced earlier this year, the Microsoft Lumia 640XL has finally reached the local markets here in the Philippines. Today, anyone can get the Lumia 640XL in 4G or 3G variants with the options of either single or dual SIM for each variant. The price varies between P9k to P10k pesos (~USD200), depending on where you will buy the device. The attractive price-tag is accompanied by the iconic Lumia design, a massive 5.7-inch HD display and 13MP camera with Carl Zeiss optics. Checkout our review of the Lumia 640XL below.

Microsoft didn’t skim on the specs despite of the attractive price. The Lumia 640XL is configured with a massive 5.7-inch HD IPS display protected with Gorilla Glass 3 which gives users peace of mind against scratches. 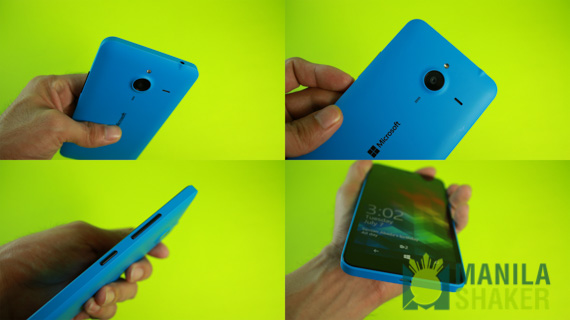 Behind is a sturdy removable back cover that comes in glossy White, matte Cyan, Orange or Black choices. The matte isn’t prone to smudges and it provides a good grip on hand. The curved corners also constituted on the suave feel when holding the phone.

We think that the back is the most distinctive design feature of the Lumia 640XL. The camera is strategically positioned at the upper mid part, just above the Microsoft logo, while surrounded by LED flash, speaker grill and Zeiss logo, all placed in a fashionable order.

In terms of controls, Lumia 640XL comes with an array of on-screen keys of Windows. On the right of the device it is equipped with a volume rocker and power control buttons. We miss the dedicated camera shutter and capacitive keys of Windows, but this situation is understandable given the cost-cutting that Microsoft needed to do to make the device more affordable.

The phone is mostly good for two-handed use. But given its large size, the phone still feels light on hand and a quick check on the Start Screen could easily be done with one hand. 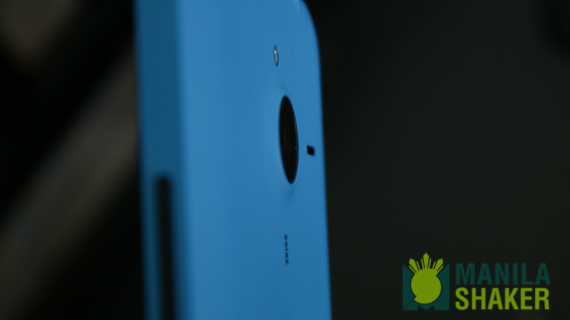 Perhaps, the Lumia 640XL is not the best looking mid-range phone out there. But Microsoft was able to make a decent-looking budget phone with a long lasting impression of robustness.

The Lumia 640XL’s display spans 5.7 inches across with ClearBlack HD resolution producing a 259ppi density. The screen is not the sharpest within its class but it is convincingly better than most competition. It is brighter and colors are punchier when we compared it to the latest mid-range Asus and Lenovo devices. Under direct sunlight, screen legibility is very good, thanks to Microsoft’s proprietary tech, ClearBlack display. 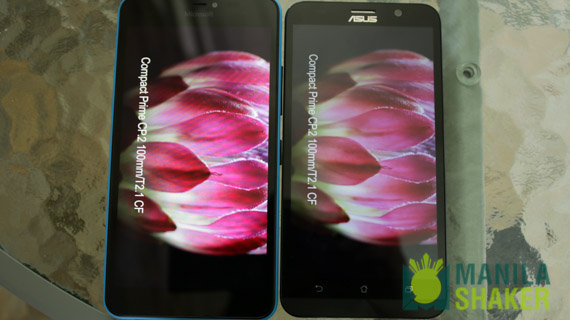 At the back of Lumia 640XL is a 13MP sensor with Carl Zeiss optics. Its sensor size is measured at 1/3″ which is larger than most mid-range smartphones.

The camera of Lumia 640XL proved to be its strongest feature. Images and videos remain sharp, clear and bright. The added manual controls software feature enhances its shooting capabilities especially at low light shooting. We found that LG G4 is the only Android could offer similar pro controls as Lumia 640XL.

Currently, the only issue in 640XL’s camera is the white balance in auto mode which is slightly off from accurate. Possibly, a software update in future will fix this.

Running on Lumia Denim version of Windows Phone 8.1, the experience in Lumia 640XL is smooth and snappy. Despite having a dated chipset (Snapdragon 400), the Lumia 640XL was able to handle heavy multitasking. Running and browsing from one app to another is very fluid which is not only true to Lumia 640XL but to all Lumia smartphones, even on entry levels such as on Lumia 430. 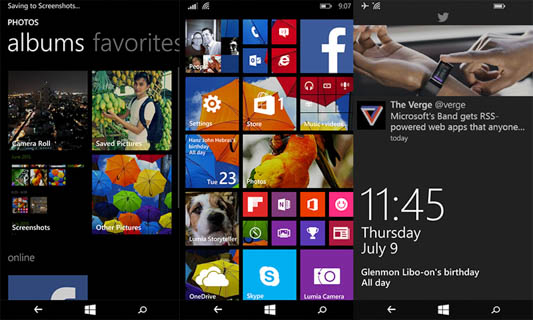 The speaker on Lumia 640XL is one of the loudest speaker we tested. Not only it is powerful but the quality is rich and clear. We compared it to the mid-range Android smartphones and the Lumia 640XL produced better audio output than the competition. You can check our comparison video for the actual test.

A massive 3000mAh user-replaceable battery plus the efficiency of Windows Phone OS produced a very good battery life rating and standby time on the Lumia 640XL. For a single charge, the Lumia 640 could last up to 2 days of continuous use including whole day of SMS, browsing the web and apps, few minutes of voices calls and picture taking, all of these while connected to the WiFi. 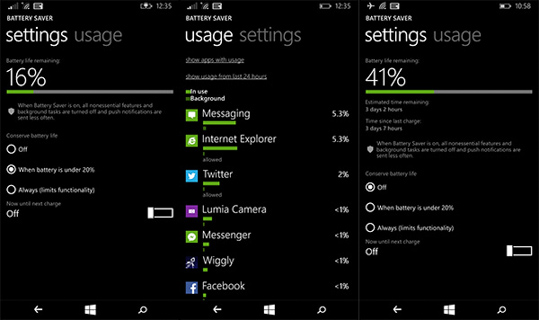 The Microsoft Lumia 640XL is a hard-to-beat budget smartphone with impressive camera quality, solid and flexible build, and always smooth performance. What’s more impressive is the affordable price of Lumia 640XL which is already a bargain considering all of its key features.