It’s been two years since Apple updated its popular iPad Mini lineup, with the 5th-gen being the last model launched back in 2019. But if you’re looking to buy a new small iPad in 2021, you might be in luck this month since the company might announce the iPad Mini 6 later this March.

According to rumors, we should expect Apple to announce the new AirPods, AirTags, and iPads on March 23rd. The upcoming keynote is said to introduce the iPad Mini 6, among others. Like the iPhone 12 series, it’s going to sport a new design, particularly the squared pattern of the iPad Pro with minimal bezels. Thanks to the new outfit, the design might stretch to an 8.9″ diagonal featuring 2360×1640 resolution. Furthermore, the display would be capable of outputting 500 nits, True Tone, and P3 wide color gamut.

Spec-wise, the iPad Mini 6 could pack the Bionic 14 chip on the iPhone 12 series, alongside 4GB RAM and 64GB/128GB/256GB storage. It would support the 2nd-Gen Apple Pencil as well as USB-C for charging and data transmission. There would be a 12MP main camera and 7MP FaceTime upfront. 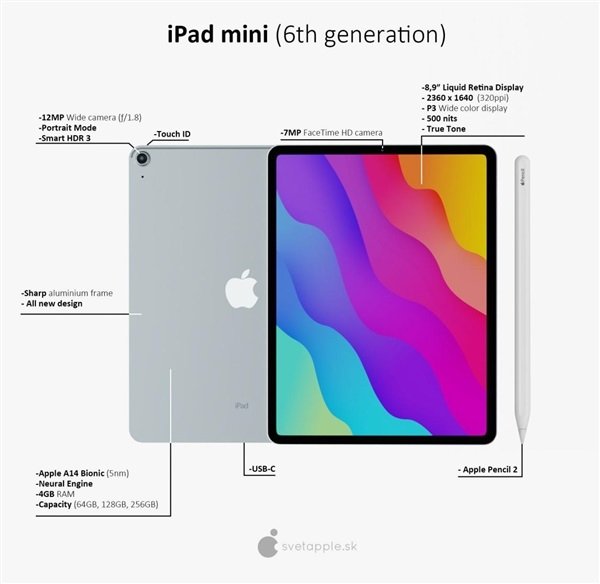 READ: Apple is developing a MagSafe ‘Battery Pack’ for the iPhone