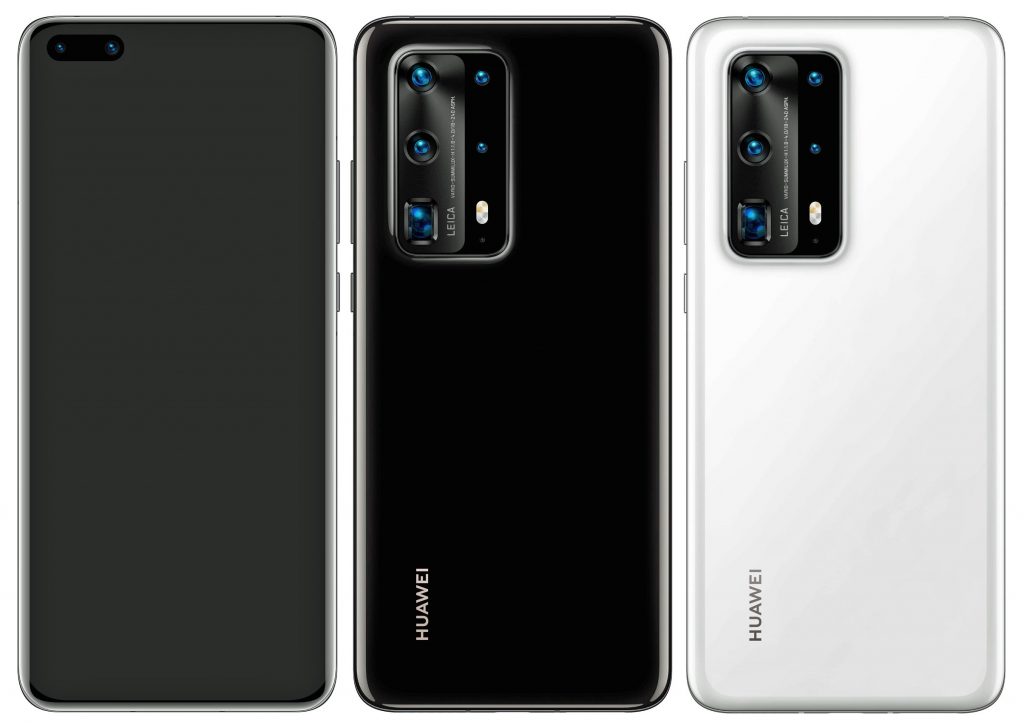 According to 91mobiles, in partnership with Evan Blass, Huawei P40 Pro will be headlined by a total of seven cameras! The first two sensors are found within the dual-pinhole selfie cameras — one being the main shooter while the other as an ultrawide option. For the main cameras, they are Leica-branded sensors. There’s a 52MP main sensor that outputs 13MP equivalent photos. Acting as secondary cameras are the ultrawide, 3D Time-of-Flight(ToF), telephoto, and periscope that will offer up to 10x optical zoom in the P40 Pro Premium/Ceramic Edition. For the standard P40 Pro, expect up to 5x optical zoom in a quad-camera setup.

Colors of the P40 Pro are said to be Gold, Silver, and Blue, while the Black and White variants are of ceramic finishes that are most likely reserved as limited editions. The official-looking renders also reveal under-screen fingerprint scanner, due to the lack of capacitive type. There’s a USB-C port on the bottom along with a speaker grill. Spec-wise, the P40 Pro will run on Kirin 990 chipset with EMUI 10 based on Android 10. The battery is rated 5000mAh with support for 50W Huawei SuperCharge. However, the device is more than likely to ship without Google apps and services. If this happens, it’s the first time for the P series to use Huawei Mobile Services out of the box.

There’s no official invite yet from Huawei, but the P40 and P40 devices are expected to launch on March 26th.