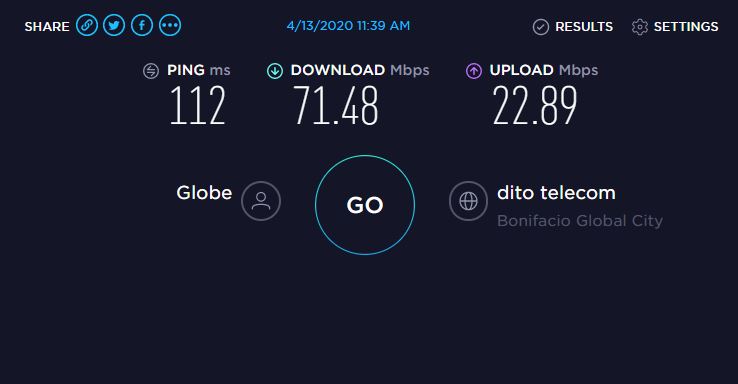 Although Dito Telecommunity, the third major telco in the Philippines, missed its July technical launch, the company is still pushing its rollout and on track for March 2021 official launch.

A new set of photos from its engineers appeared online proving that Dito has already covered a few areas with the 4G signal as well as the availability of its subscriber SIM card.

READ: Toyota Vios 2021 is launching in the Philippines for P800k price

In the photo, it shows that there is 4G VoLTE signal appearing with Dito network name. Although it can be manipulated, an Ookla Speed Test is another proof that they have indeed working towers in the Philippines. 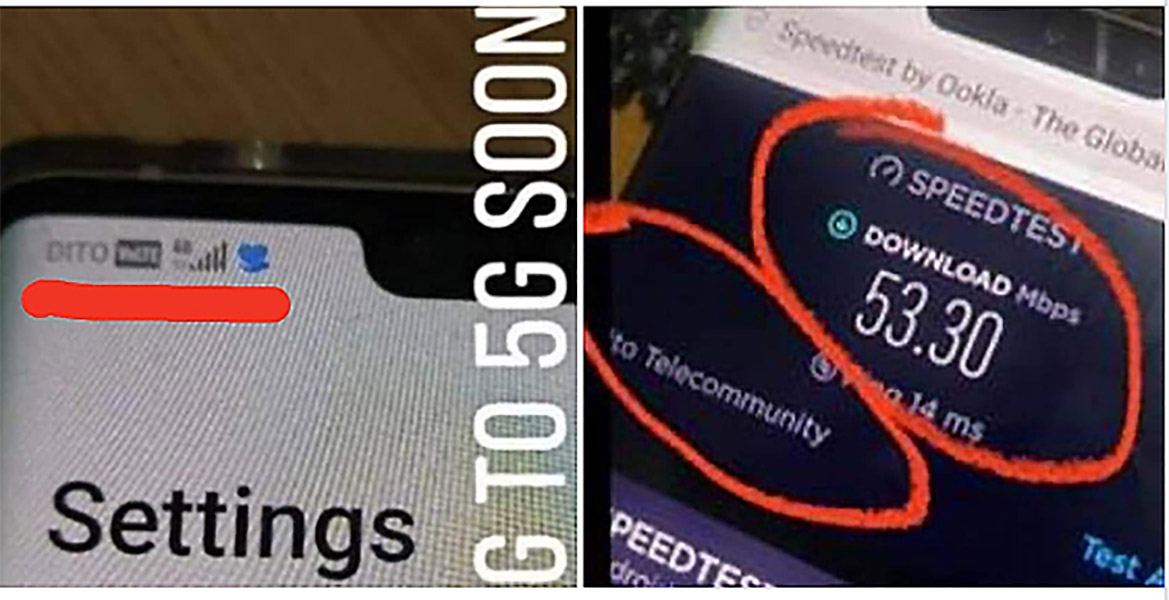 In fact, speed is seen to peak at 58Mbps but this is very early to tell on what will be the final average speed of Dito.

There’s also another speed test that appeared before but with a higher download rate.

Dito’s timeline includes a technical launch on January 2021 and an official launch in March 2021 with a promised 27 Mbps average speed, 34% coverage, and even 5G signals in the first year of operation.

The third telco is expected to offer aggressive pricing in order to capture market share from its rival PLDT-Smart and Globe telecom.