The industry of laptops with OLED displays is growing right now, and a number of brand companies have all released laptops with OLED displays. OLED stands for “Organic Light-Emitting Diode”, it is a display technology that enables emissive displays, which means that each pixel is controlled individually and emits its own light, unlike traditional LCDs in which the light comes from a backlighting unit. In general, having an OLED display brings in great image quality, bright colors, high contrast, and a better black level.

Here is the list of laptops with OLED displays this late 2021. 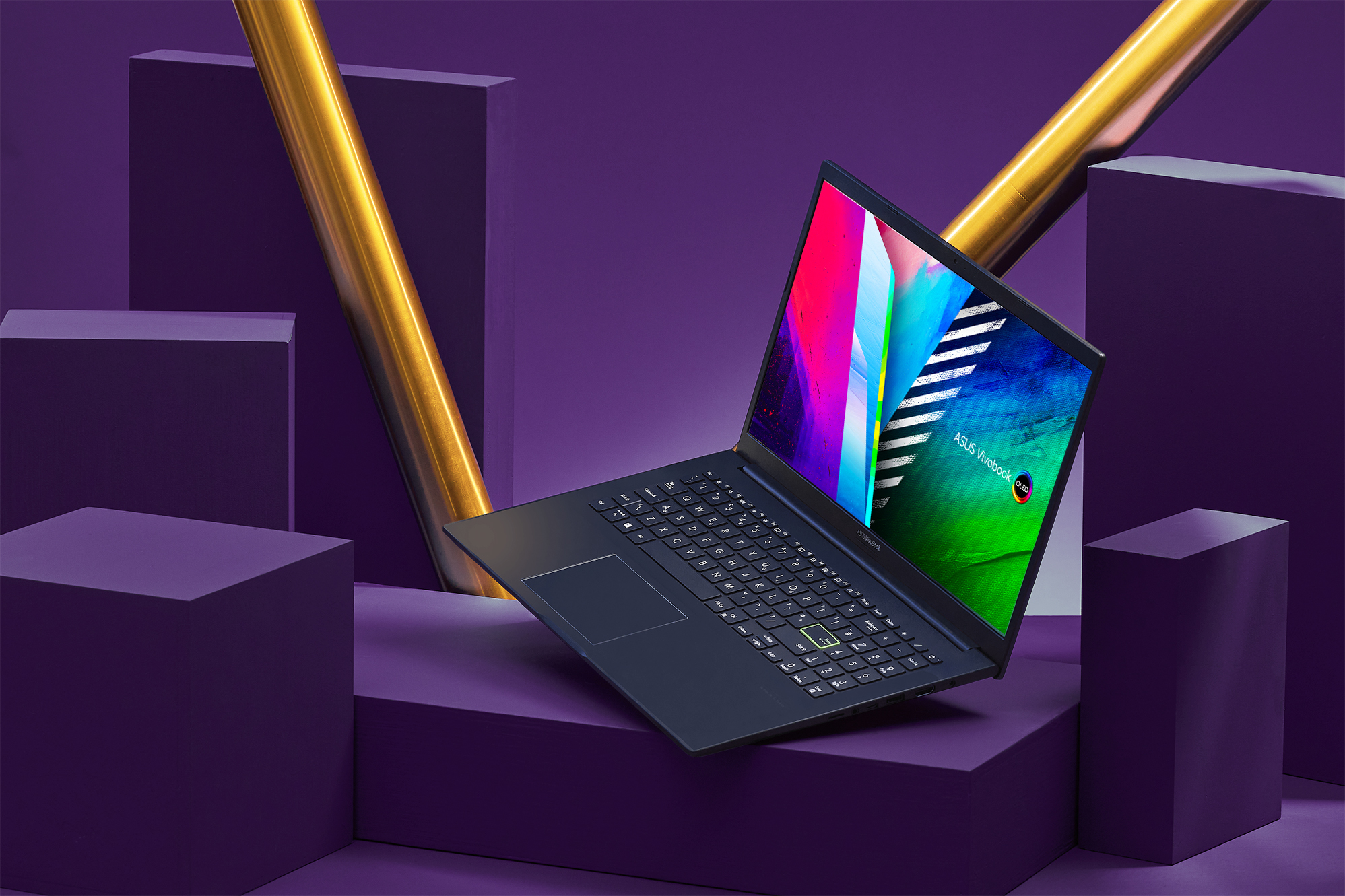 The recently launched ASUS Vivobook OLED sports a 15.6-inch NanoEdge OLED display with true-to-life colors, 178 degrees wide viewing angle, and an overall 85% screen-to-body ratio. Under the hood, it is either configurable to up to an 11th Generation Intel Core i5 processor or up to an AMD Ryzen 5700U Mobile Processor. They are paired with an Intel Iris Xe Graphics or AMD Radeon Graphics, respectively.

In Addition, the ASUS Vivobook OLED comes in two variants: K513EA (Intel Core) and M513UA (AMD Ryzen). Price starts at Php 34,995 going up to Php 49,995, and it is now available on ASUS Concept Stores nationwide.

The Yoga Slim 7 Pro features a 14-inch 90Hz display powered by the latest Samsung E4 OLED technology which is Dolby Vision HDR certified. It is configurable up to the AMD Ryzen 9 5900HS Mobile Processor paired with NVIDIA GeForce MX450. In addition, it has 2x 2W Dolby Atmos-certified stereo speakers for audio.

The Lenovo Yoga Slim 7 Pro is exclusively available in Slate Grey and is priced starting at PHP 64,995.

READ: Why Tecno Camon 18 Premier is the Phone to Buy? 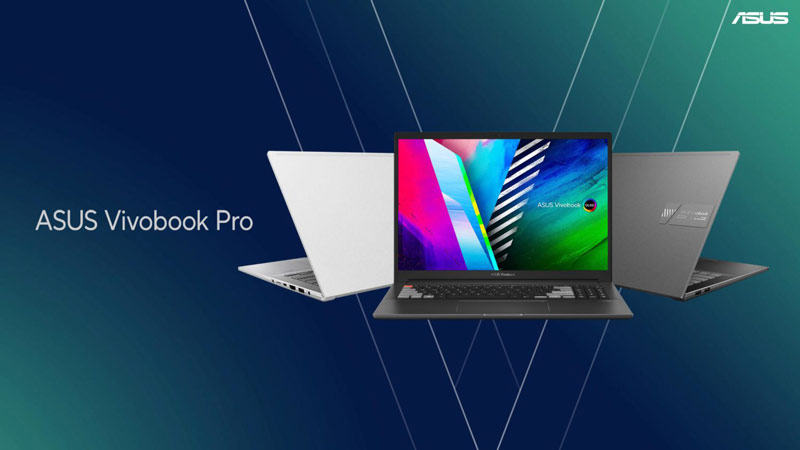 Two laptops from ASUS that was released back in September. The Vivobook Pro 15 OLED is the “Pro” version of the vanilla Vivobook 15 OLED. Both models of the Vivobook Pro come with a 14-inch or 15-inch NanoEdge 2.8K/FHD OLED display and are powered with either the latest Ryzen 5000 H Series Mobile processors or an Intel Core i7 with NVIDIA GeForce RTX 3050 graphics.

On top of that, both laptops are TÜV Rheinland-certified for low blue-light emissions and are available in Quiet Blue and Cool Silver color options. They also boast a special backlit keyboard design, a color-blocked ESC key, and a 1.35mm key travel. Unfortunately, local pricing and availability are yet to be announced.

READ: Top 5 Foldable Phones You Can Buy Right Now in the Philippines 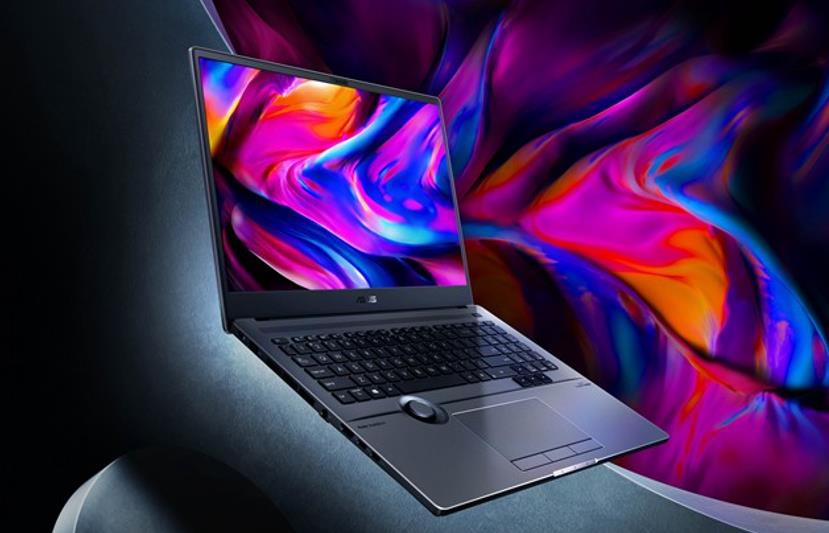 Two ASUS laptops under the ProArt Studiobook series – the Studiobook 16 and Pro 16 OLED. They feature a 16-inch 4K OLED HDR display, PANTONE Validated and Calman Verified certifications, along with a VESA DisplayHDR 500 for True Black accreditation.

Both laptops boast the new ASUS Dial for precise editing that is compatible with four Adobe apps, Photoshop, After Effects, Premiere Pro, and Lightroom Classic. Sad to say, local pricing and availability are yet to be announced.

The ASUS ExpertBook B5 OLED sports a 13.3-inch OLED FHD (1920 x 1080) display. It is powered by an up to 11th Gen Intel Core i7 processor and Intel Iris Xe Graphics. Other features include AI noise cancellation and dual-SSD RAID support and are packed with features to protect your privacy and business data, including a built-in fingerprint sensor and TPM 2.0 chip.

Moreover, the ASUS ExpertBook B5 OLED has another variant called ExpertBook B5 Flip OLED. As the name suggests, it has a 360° flippable design. Other than that, the specs are the same as the non “Flip” version. Local pricing and availability of the two laptops are yet to be revealed. 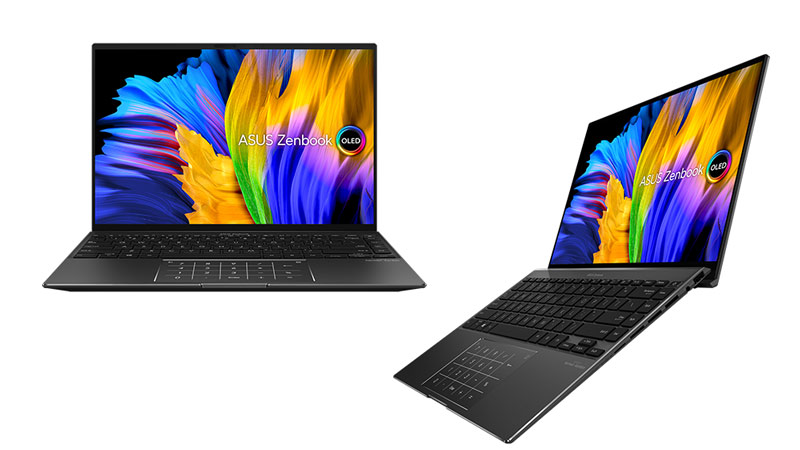 Launched last September, the ASUS Zenbook 14X OLED sports a 4K OLED HDR display or a 2.8K OLED 90Hz display. It comes with a 180° ErgoLift hinge, a certified TÜV Rheinland for low blue-light emissions, and ASUS’ proprietary Intelligent Performance Technology. Under the hood, it is configurable by either the latest AMD Ryzen 5000 H-Series processors or the 11th Generation Intel Core. Additionally, it is a US MIL-STD 810H military-grade standard for durability, and also features stylus support.