Vivo launched the newest addition to their V-series a couple of days ago, and similar to the Vivo X21, this newest midrange smartphone features an in-display fingerprint scanner. Going to its contender, the OPPO F9 arrived in the Philippines a few weeks back with its waterdrop notch. Aside from those, both the V11 and F9 are AI-powered handsets. The question is, which new AI-powered 2018 smartphone is for you? Let’s find out here. 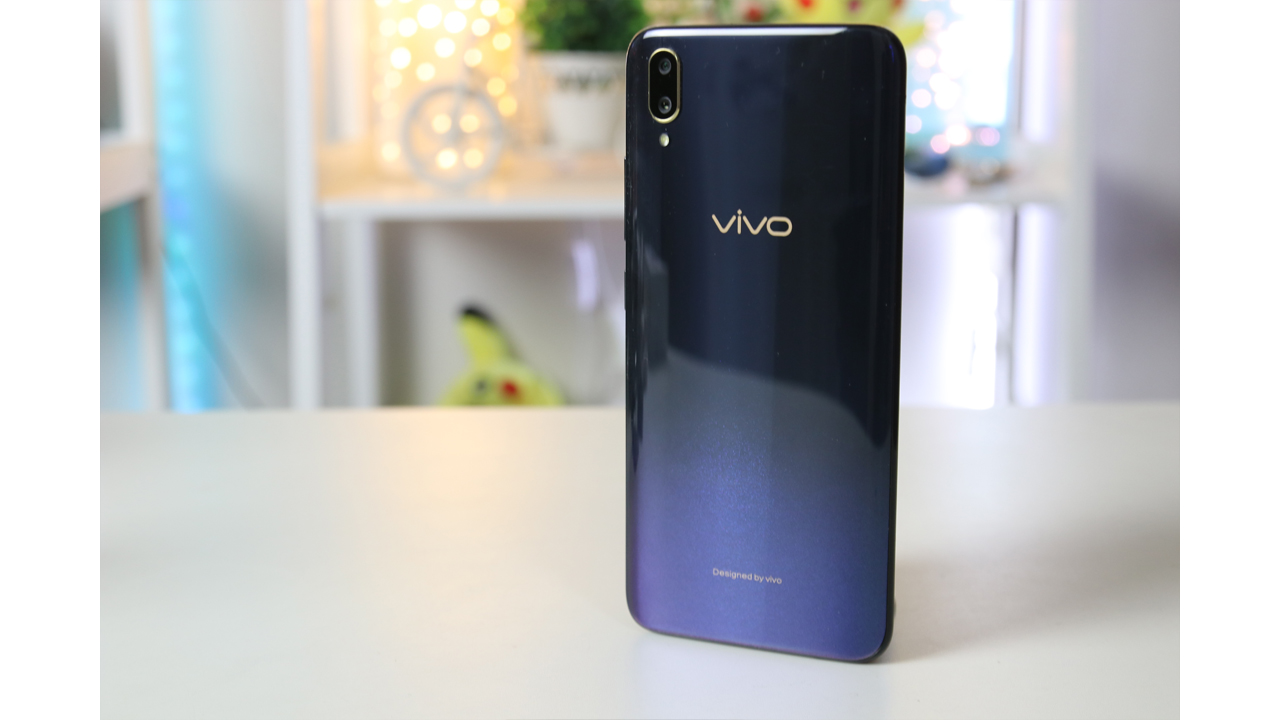 First is the design of the handsets. The Vivo V11 sports a glass back along with an aluminum frame and curved edges. The rear of the Vivo V11 that we have has the futuristic aesthetics because of its Starry Night design. The OPPO F9 has a dimension measurement of 156.7 x 74 x 8 mm. Also, going to the back of the newest OPPO F9, it has a gradient tone at its rear with a flower petal pattern.

At the rear of the V11, the dual rear cameras are positioned at the top-left corner with its LED flash underneath. At the center, the company’s logo can be found with the words, “Designed by Vivo” at the bottom part of the device. While the OPPO’s back panel consists of the essentials such as the fingerprint scanner, dual camera setup with an LED Flash, company branding, and curved edges.

Upon using both smartphones in broad daylight, problems in regards with visual difficulty haven’t encountered while usage. The OPPO’s screen is slightly brighter than the Vivo V11’s. Also, placing both devices side by side, you’ll notice that the V11’s screen leaned on to a more cooler tone and the F9 with its a little warmer-colored screen.

Unfortunately, both handsets aren’t capable of ditching the notch via settings, but it will be hidden by a tiny black bar when watching Youtube videos and in some notched supported games.

Additionally, both cameras are supported by Artificial Intelligence. In order to determine the smartphone’s camera capabilities and for comparo, we took various shots in different scenarios.

In this sample set, the Vivo V11 produced a brighter and vibrant photo. Even the details look more crisp and sharper on this shot compared to the OPPO F9’s. However, color representation on the F9 depicts real life scenario result.

HDR on both smartphones were turned on when we took these shots. Same with the previous photos, the shot on the V11 is a bit vibrant compared to the latter but it made the photo look like it has been post-processed already. The V11 shot looks like it has been color-graded already with a yellow-orange tint. In regards to details, both produced amazing detailed outputs.

Surprisingly, both handsets delivered almost identical results. When you look closely though, you’ll see that they slightly differ in the color vibrancy of the sky.

Turning on the portrait mode, we can see that the Vivo V11 produced a photo with a more stronger bokeh effect and that it made the photo look like it was taken with a DSLR camera.

The OPPO F9 delivered a tad brighter result than the V11 shot. The highlights are up that the photo looked faded. We’d choose the V11 shot on this sample set because, despite its low-light photo, it looked like it was taken by a professional camera and colors districution were balanced.  Gladly, bokeh effect on both phones didn’t look artificial.

Contradicting our verdict on the previous sample set, we liked the portrait photo from the OPPO F9 on this one than the Vivo V11’s. What do you think?

In this low-lit sample photo set, the blacks and contrast are a little stronger on the V11 shot. While the photo taken using the OPPO F9 seemed lighter in color.

With the AI beautification on both devices, both produced great looking selfies. The Vivo V11 and OPPO F9 beautified the subject without losing much facial details. But the V11’s selfie looks significantly more natural when it comes to color representation.

The Vivo V11 is powered by the Qualcomm Snapdragon 660 along with an Adreno 512 GPU and an octa-core processor clocked up to 2.2 GHz. It came with 6GB of RAM and 64GB of internal storage. Going to the OPPO F9, it is powered by MediaTek MT6771 Helio P60 coupled with Mali- G72 MP3 that carries 4GB/6GB of RAM paired with 64GB of internal storage. Both storages can be expanded up to 256GB via micro SD card and both also runs on Android 8.1 Oreo.

Off to the gaming experience, both handsets gives amazing gaming performance. The Vivo V11 has an AI Game Mode which lets the users receive floating call alerts while in-game. Auto Gaming Function is also added for games to keep on running in the background while the user multi-tasks.  Just like what we’ve seen in OPPO Find X, the OPPO F9 has the OPPO Game Space where the system improves for the better gaming experience.

We tested the Vivo V11 and the OPPO F9 using the following benchmarking tools and here are the results:

The OPPO F9 is fueled by a 3,500mAh battery. As mentioned, one of its main highlights is its VOOC Flash Charge. It seems to do its job since it was able to charge the phone in less than an hour from 20% to 100%. While the Vivo V11 has a battery pack of 3,400mAh and supported by Dual-Engine Fast Charge. This smartphone also features multiple battery saving modes. Moreover, the device took 1 hour and 22 minutes to charge it from 20% to 100%.

The sound produced by Vivo V11 was loud enough even on medium volume. However, it sounded a bit scratchy due to the bass. Overall, as long as the volume is controlled, it provides a clear sound.

Compared to its predecessor, the OPPO F9 was also louder on maximum volume although the sound produced was not clear and ended up being scratchy. On medium volume, it wasn’t loud enough but the sound was clearer.

The Vivo V11 is priced at PHP 19,999 and is available in two color variants – Starry Night and Nebula.  OPPO’s F9, on the other hand, is available in colors – Sunrise Red, Twilight Blue, and Starry Purple for the price of PHP 17, 990.

After laying out the difference and similarities of both handsets, and with a PHP 2,000 difference in pricing, which AI-powered smartphone is for you? Comment down below!