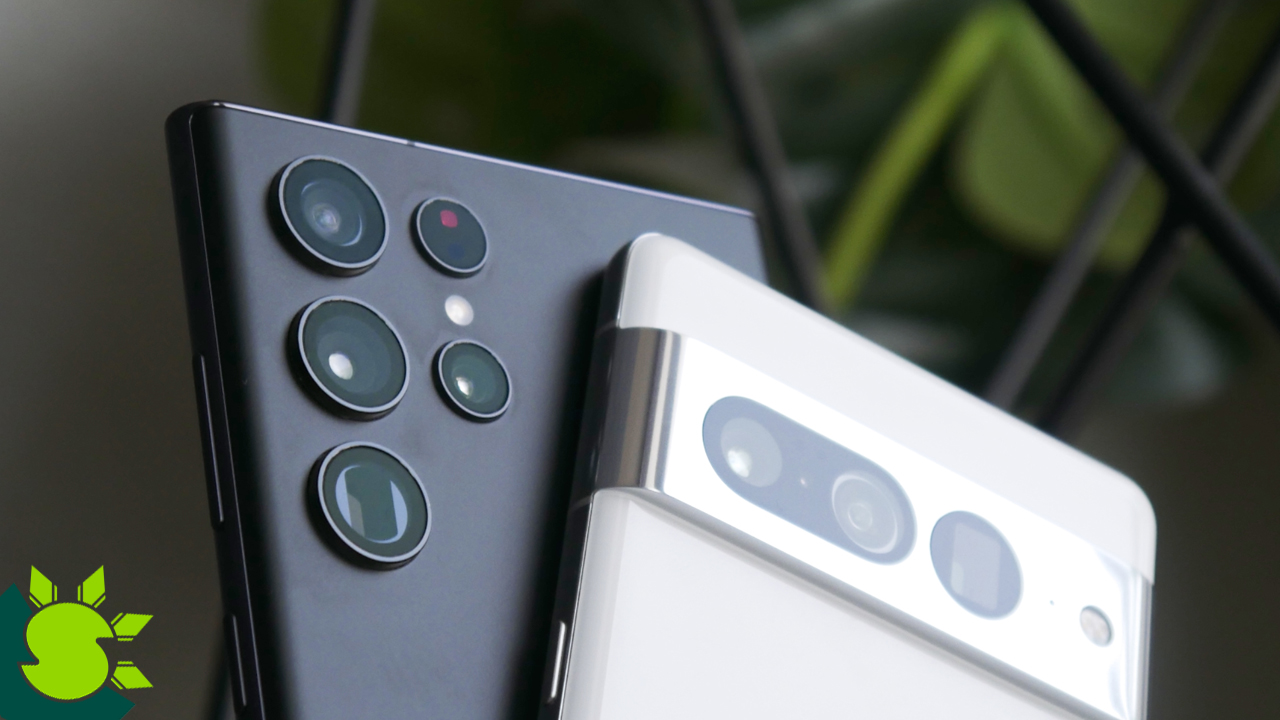 Google unveiled its new top-tier flagship phone, the Pixel 7 Pro, earlier this month. It is not only the world’s first phone with Android 13 out of the box, but it is also one of the most appealing flagships available. Not just because of its specs, but also because of its low price: it is a top-tier flagship with a listing price equal to a flagship killer. But can it compete with the most costly flagships on the market? There is no better way to grasp it than to compare it to others. If we exclude foldable phones, the most sophisticated flagship by the smartphone market leader is now the Galaxy S22 Ultra. The major specs of the Samsung Galaxy S22 Ultra and the Google Pixel 7 Pro are compared here.

The Google Pixel 7 Pro and Samsung Galaxy S22 Ultra have very unique designs: the former has a horizontal camera module made of recycled metal, while the latter has cameras placed directly on the back cover without the presence of a camera module, as well as a curved screen on the sides with very narrow bezels. Both phones have a glass back and an aluminum frame and are waterproof with IP68 certification, enabling you to submerge them up to 1.5 meters deep for a maximum of 30 minutes. Which one should you pick? The solution is difficult to offer; simply, you should follow your tastes. Personally, I choose the Google Pixel 7 Pro. because it is more compact and lighter.

These two phones’ screens are flagship-class, and their visual quality is roughly comparable. The Samsung Galaxy S22 Ultra features a 6.8-inch AMOLED display with a Quad HD+ resolution of 1440 x 3088 pixels, a refresh rate of 120 Hz, HDR10+ certification, and an ultrasonic in-display fingerprint reader. The Google Pixel 7 Pro features an AMOLED display with a diagonal of 6.7 inches, a Quad HD+ resolution of 1440 x 3120 pixels, LTPO technology that allows for an adaptable refresh rate of 1 to 120 Hz, HDR10+ certification, and an optical in-display fingerprint scanner. Both phones include stereo speakers, however the Samsung Galaxy S22 Ultra has a larger one. offers a significant advantage: it supports the use of a S Pen for handwriting and sketching. Its display functions as an active digitizer, allowing handwriting and drawing with the S Pen at 4,096 pressure levels.

The hardware configuration of the Samsung Galaxy S22 Ultra is really better than that of the Google Pixel 7 Pro. It is powered by the Snapdragon 8 Gen 1 mobile platform, which was designed with a 4 nm manufacturing process and an octa-core architecture that includes a Cortex X2 CPU running at a maximum frequency of 3 GHz, three Cortex A710 CPUs running at 2.5 GHz, four Cortex A510 CPUs running at 1.8 GHz, and an Adreno 730 GPU. Along with the processor, there is up to 12 GB of RAM and up to 1 TB of internal UFS 3.1 storage. The Google Pixel 7 Pro is powered by a subpar Google Tensor G2 chipset manufactured on a 5 nm technology and combined with up to 12 GB of RAM and 512 GB of native storage. However, the Google Pixel 7 Pro wins the software comparison since it comes with Android 13 out of the box (rather than Android 12) and will receive speedier software support.

Although the camera on the Samsung Galaxy S22 Ultra appears to be more flexible, the Google Pixel 7 Pro can snap superior photographs thanks to its 50 MP primary camera combined with a 48 MP telephoto lens (5x optical zoom) and a 12 MP ultrawide sensor.

The battery capacity of these phones are identical, and there are no significant changes in battery life, although the Samsung Galaxy S22 Ultra charges faster due to 45W fast charging.