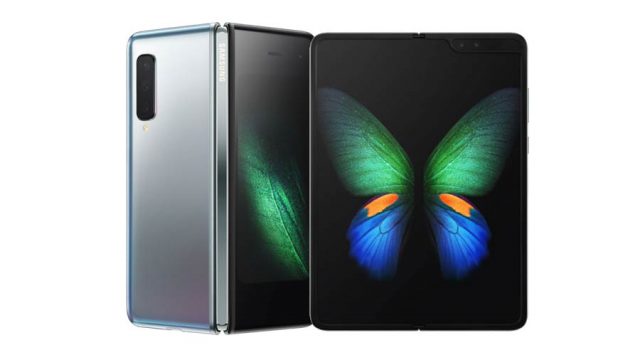 The Samsung Galaxy Fold was been introduced last year as a prototype but only today it became official as well as its specs and whopping $1980 price or roughly P103,000 Philippine pesos.

In terms of hardware specs, the Galaxy Fold has a 4.6-inch display outside when folded. When opened, a flexible 7.3-inch AMOLED screen greets you in a 4.2:3 aspect ratio. Inside is a Snapdragon 855 octa-core AI processor, 12GB RAM, 512GB storage, and a dual-battery with 4380 mAh total capacity.

For multimedia use, there is a 12MP triple camera at the back, dual selfie on the tablet mode inside, and a single 10MP selfie outside when folded.

Despite the pricing, Samsung has promised that they will launch a more affordable foldable smartphone, perhaps when the technology behind it becomes cheaper. On the other hand, the Galaxy Fold will become available first in the USA and select countries like South Korea in Asia by April 2019 for $1980 USD.