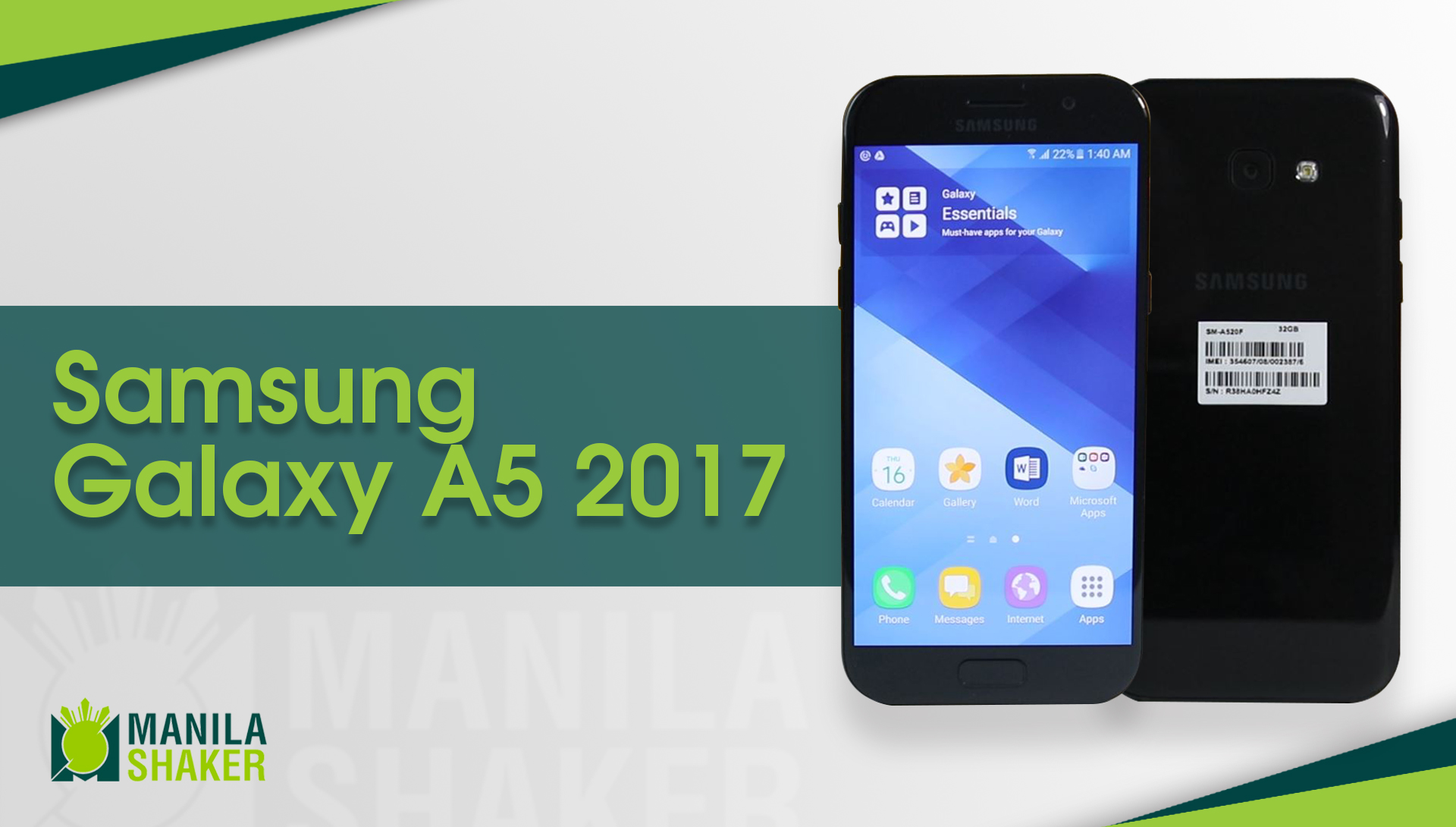 Seemingly running out of monikers, Samsung hit the refresh button, once again, on the beloved A series lineup by adding more numbers to it!

Taking cues of a tried and tested formula, The Galaxy A5 took cues from the Galaxy S7 including the curved edges.

The design language continues to the curved glass panel covering the entire back along with the flushed rear camera complete with LED flash. It’s a similar story for the front panel with the 2.5D curved protection. 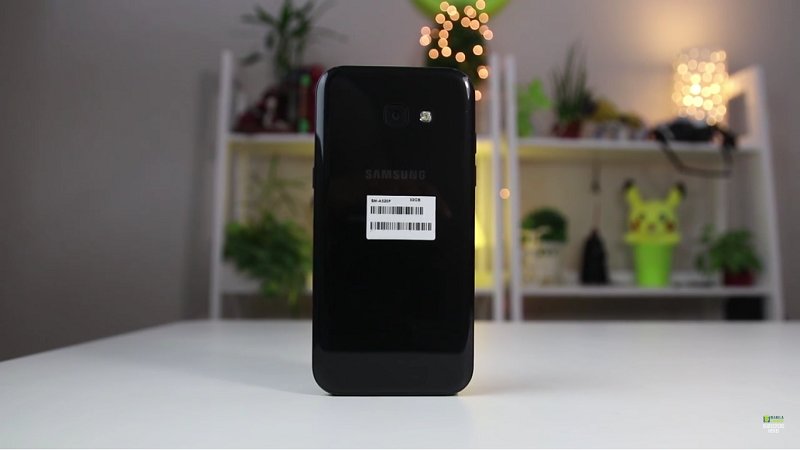 The Galaxy A5 2017 comes in pink, blue and gold colors – including our review unit clad in black.

Nothing to fear in missing the home button as it finds its place by the chin underneath the fingerprint scanner flanked by backlit capacitive keys. 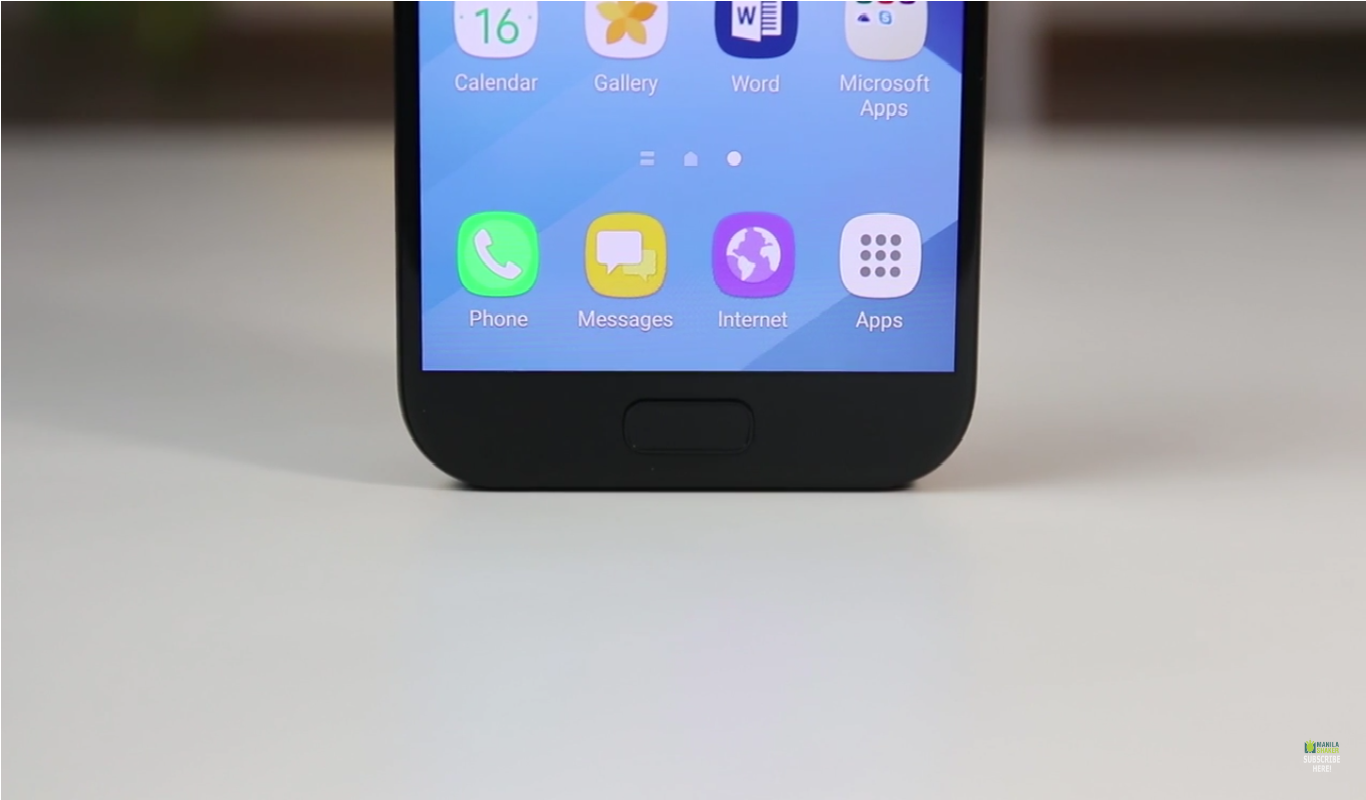 The top portion hides the dedicated microSD card slot that allows memory expansion of up top 256GB while the opposite end houses the 3.55mm headphone jack next to the USB Type-C port. 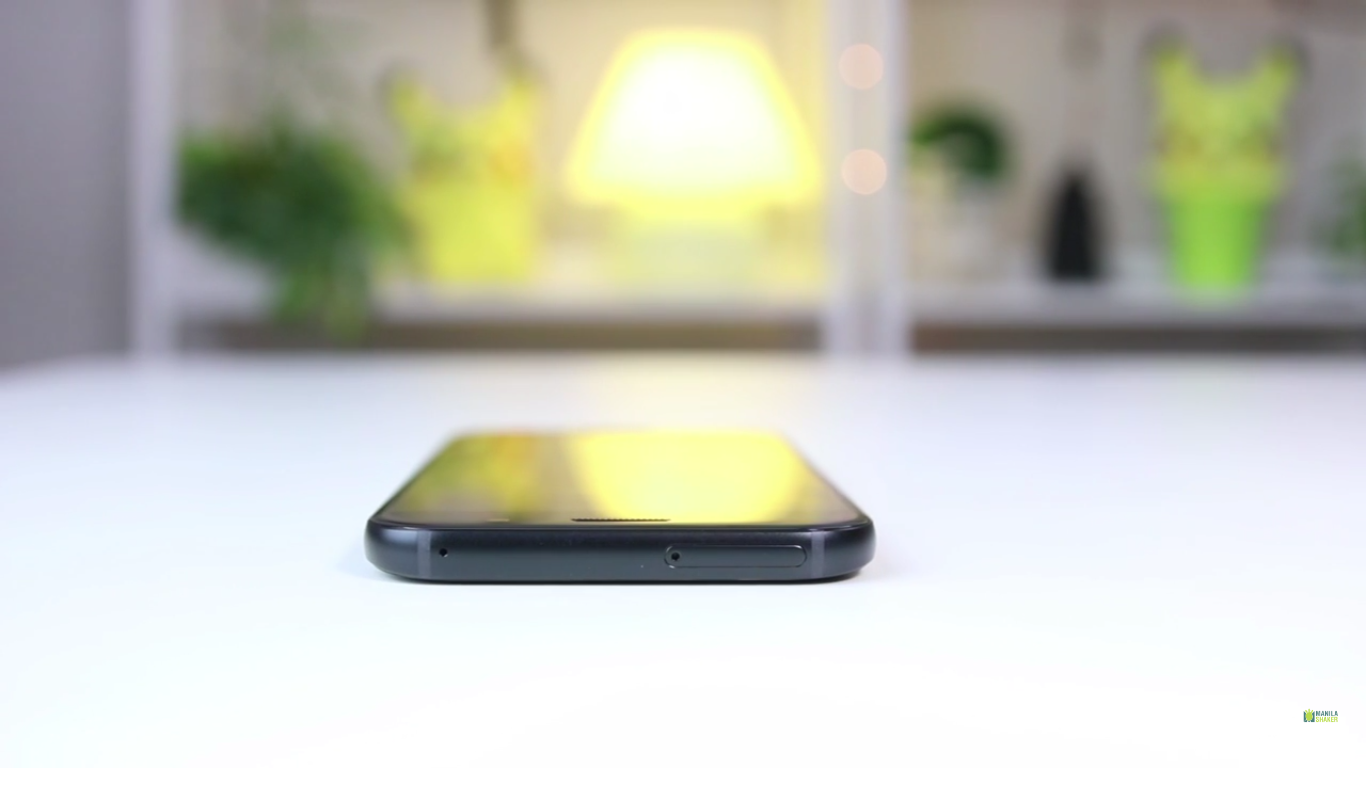 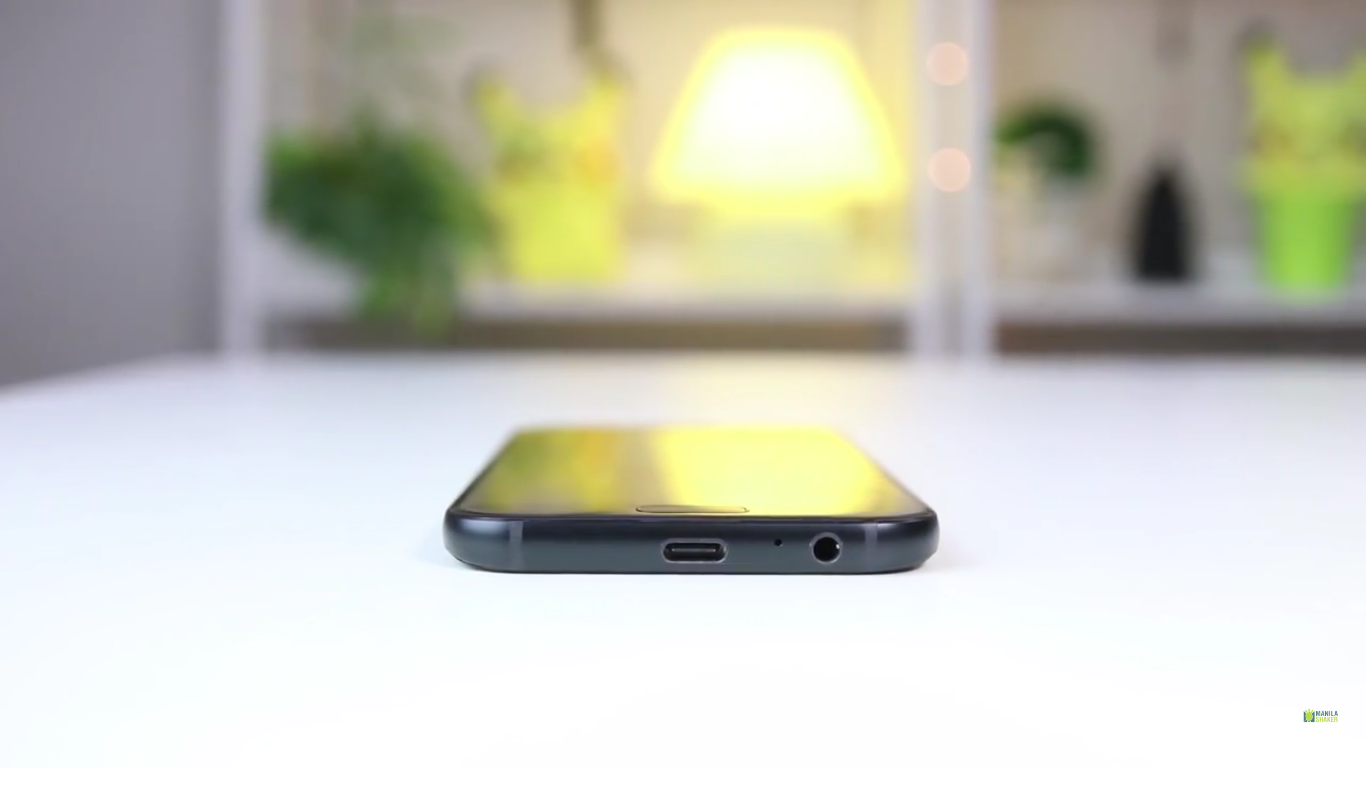 Seen first on the Galaxy J7 Prime, the side-mounted speaker is located on the right, above the clicky power button. 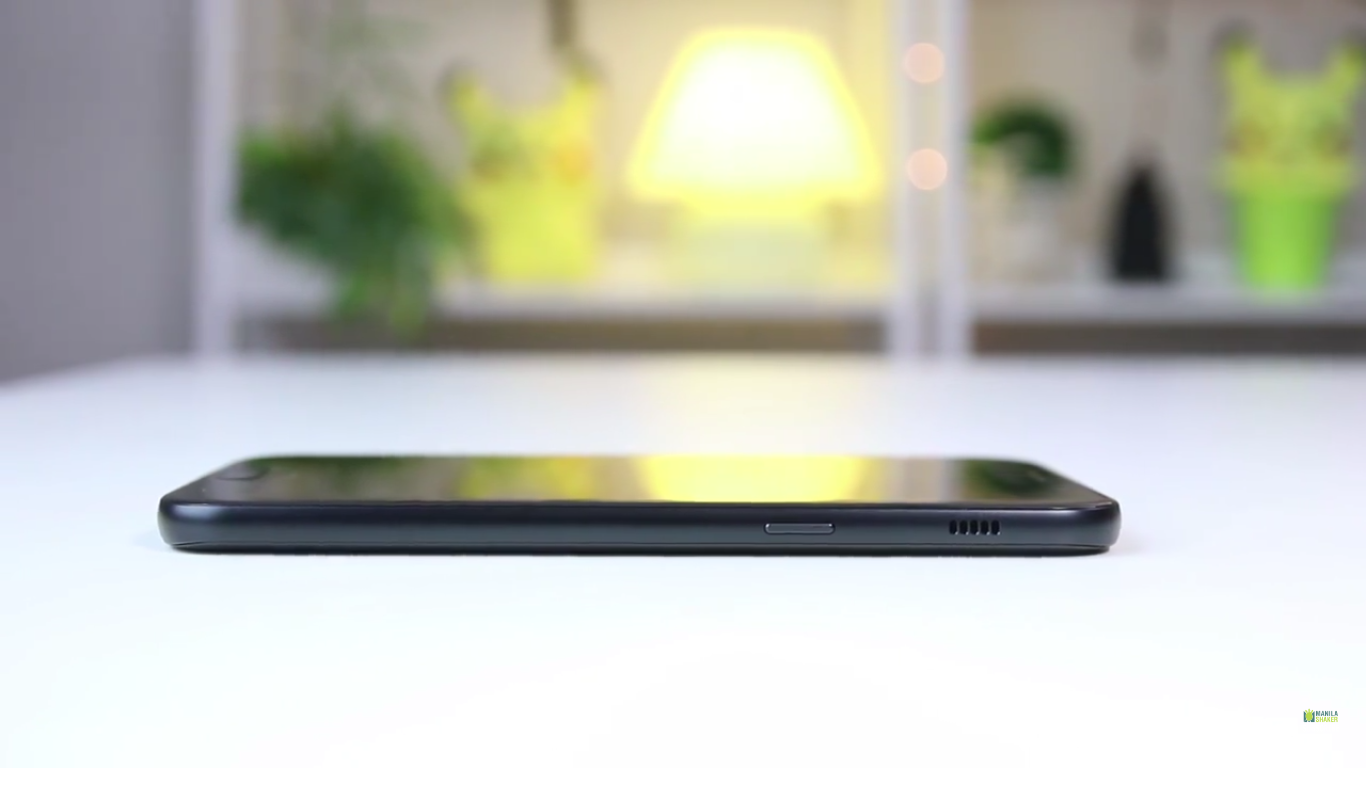 On the opposite end will be the volume rocker and a nano SIM tray. 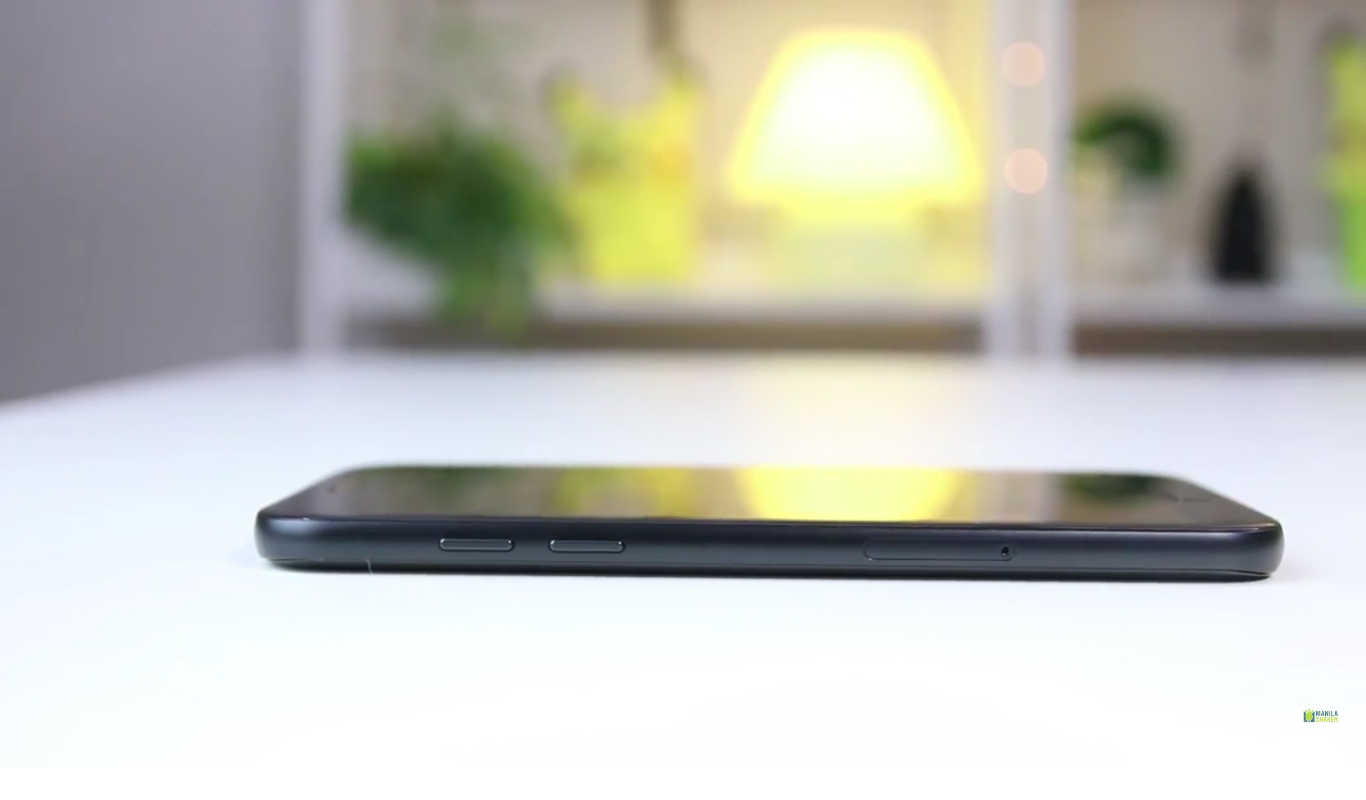 One of the headliners for the Galaxy A series is the IP68 rating which we rarely see on mid-range phones. What the numbers mean is that it is water submersible at depths of 1.5 meters for up to 30 minutes.

We would have loved to show you but our test unit came out of the beta phase that will not have water and dust resistance. Rest assured retail units will have this feature as promised by Samsung.

There is not doubt that the A5 2017 will be a fingerprint magnet with its glass build and will almost always require constant shirt wiping or pant brushing.

It’s slippery most of the time but grippy thanks to the aggressive tampering by the sides and relatively small real estate that fit most hands.

We mostly liked the subtle look and feel of the A5 that feels solid and not too flashy as other models but that, in essence, makes the A series look much like like any other Samsung phone in the market today.

Similar to the 2016 version of the same phone the Galaxy A5 remains at 5.2 inches for display size set at 1080p or fullHD on a Super AMOLED panel. 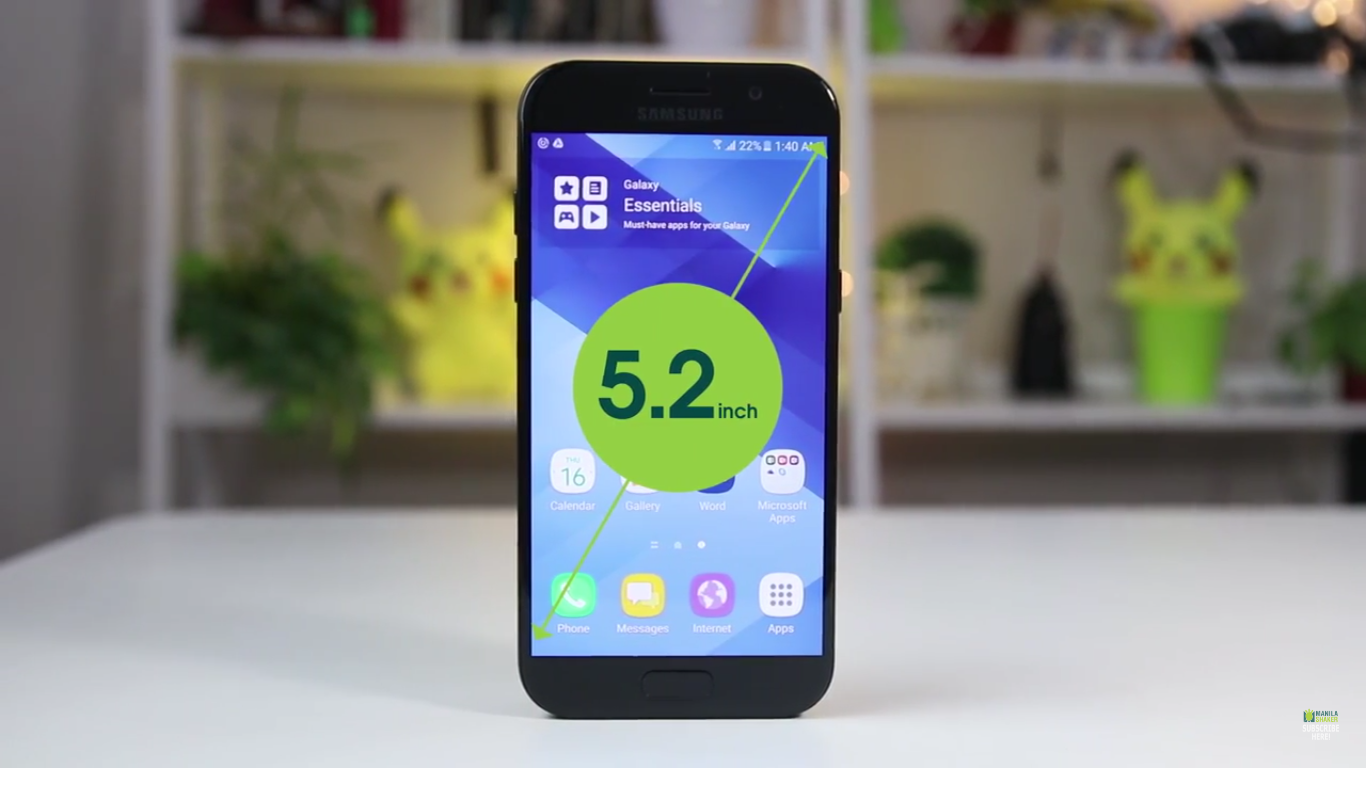 The display is a standard Samsung affair on the same display as their flagships. Expect deep blacks and vivid colors all around without any struggles on viewing under direct sunlight.

The A series will come with an always-on feature that displays time, date, battery meter, and notifications on white contrasted by a black foreground.

The Galaxy A5 2017 ticks off a lot of the boxes in the display department but we wished the screen could be brighter.

Homing in on the trigger happy, Samsung upped its photography game by cramming 16MP sensors set at f1.9 for both the rear and front-facing shooters.

Day-lit shots came out natural with good detail preservation but struggle in some areas with kinks of overexposure.

The sensors included in the A5 2017 will struggle in low-lit environment with slosly degrading quality as it gets darker. The LED flash will aid in providing more details to photos for subjects taken in close proximity.

The struggle is more apparent in trying to capture this nighttime landscape with blurry detail handling. 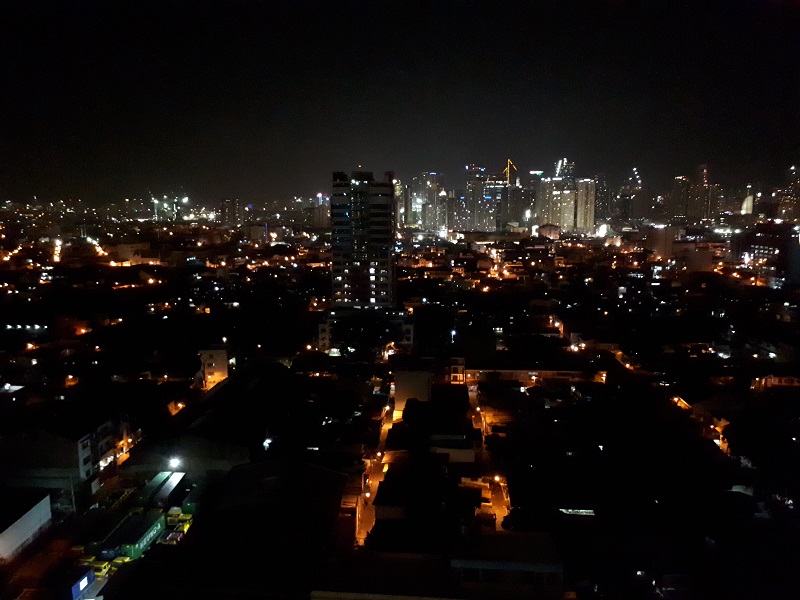 Video recording can maxes out at 1080p @ 30fps. Expect jittery and shaky results, however as Optical Image Stabilization will not be present in the A5’s kit.

Videos result in much the same quality as the stills we took. 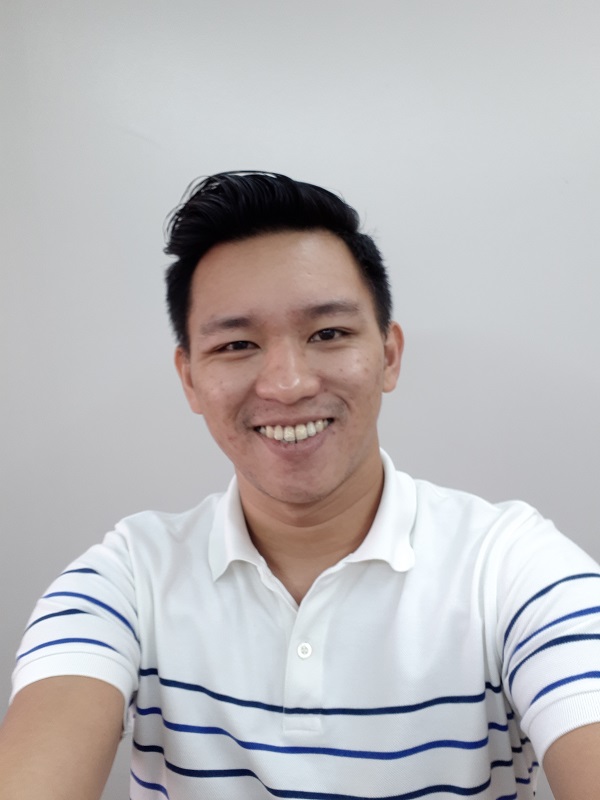 An upgraded Samsung Exynos 7880 SoC containing 1.9GHz octa-Core CPU and Mali-T830MP3 GPU will be powering the Galaxy A5 2017 paired with 3GB of RAM. 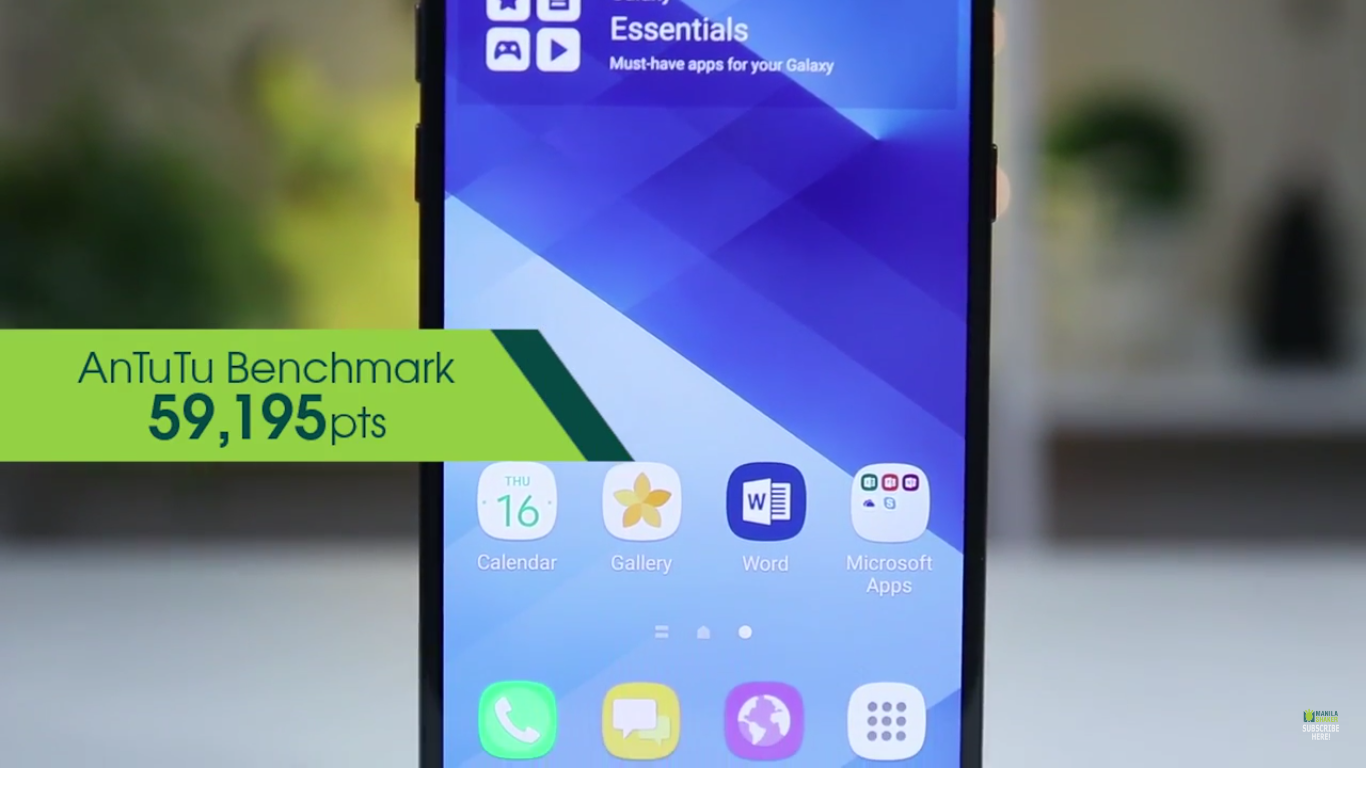 It will be the standard skin heavy TouchWhiz UI on top of Android Marshmallow 6.0 with much the same experience as previous iterations with reduced bloat. Some of them still got through the filter stage but there’s less of them now.

Frame rates had to drop, however, as it was not able to keep up with the demands of Real Racing 3 that had to be set to lower graphic settings. Other less demanding games should be fine on the proprietary processor.

Endurance being an issue for previous versions of the A series, Samsung upped the juice to 3000mAh for the A5 which allowed about 4.5hours of screen on time with a total 28hours of standby time. 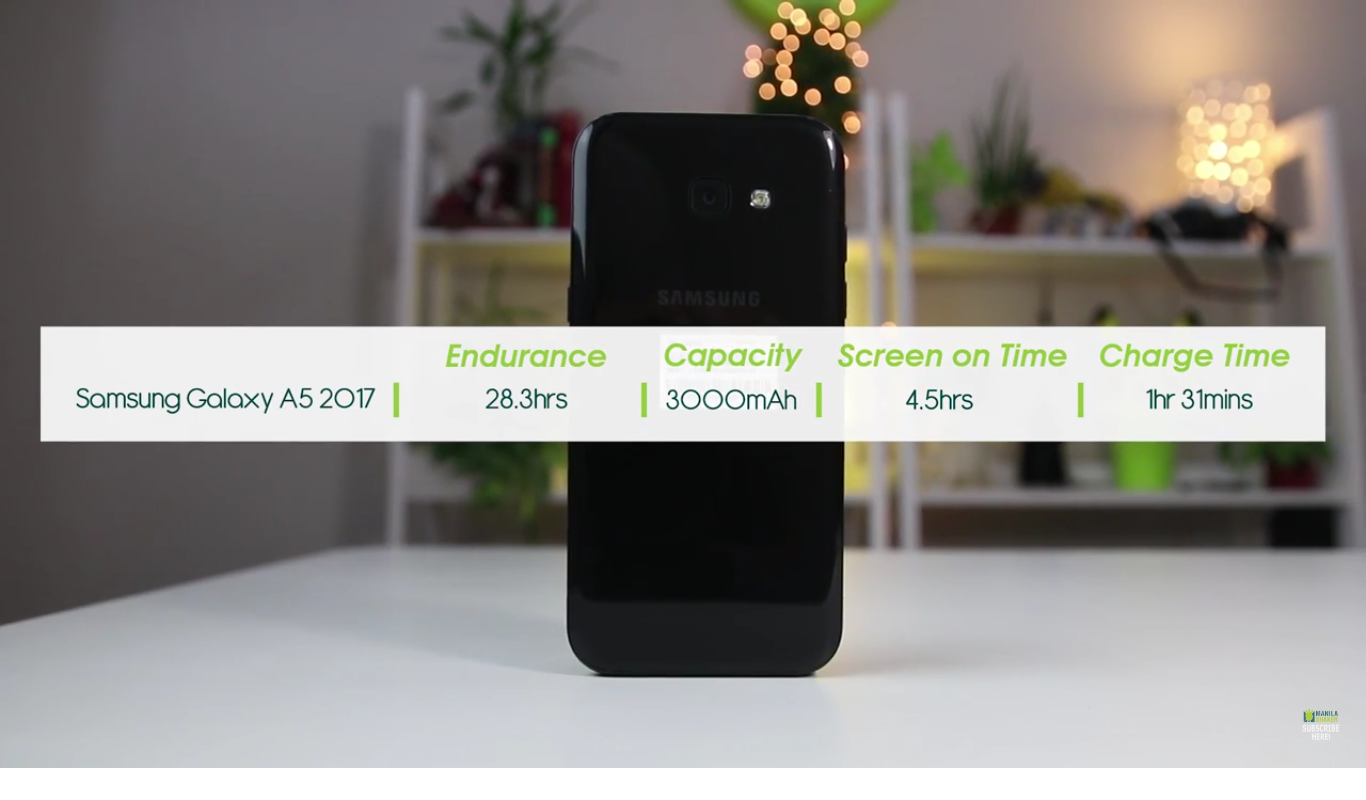 Recharging from zero to 100percent was even impressive needing only an hour and 31mins to fill thanks to the fast adaptive charging.

The side-mounted speaker was tinny and average in terms of intensity and quality, but smart placement refrains the speaker from being muffled by the hand especially in landscape mode.

Samsung did a good job in refining what was a successful formula for the past year.

Though the steep price tag remains a head-scratcher for us as higher-tiered phones can be fetched at the same price point.

What do you think of the Samsung Galaxy A5 2017 Full Review? Let us know in the comments section below.

Xiaomi Mi A3 Might Get Native Screen Recorder and Call Recording...