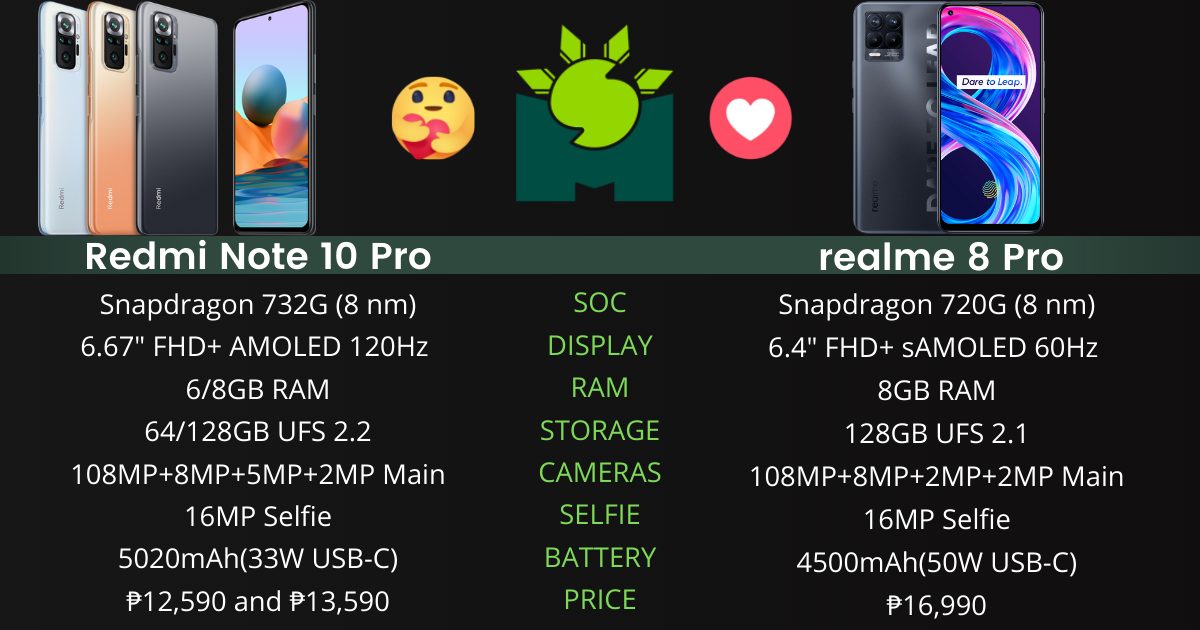 The trend of smartphones every year is almost always better cameras. While the high-end segment has clearly delivered on that front, the middle-end is just doing well. We saw 48MP sensors a few years ago boost the camera prowess of budget devices, followed by 64MP sensors. In 2021, budgets phone are now sporting 108MP sensors, which is already impressive considering this kind of sensor is usually reserved for the most expensive phones. And if you’re looking to own a budget 108MP device, you only have to look between realme 8 Pro and Xiaomi Redmi Note 10 Pro. 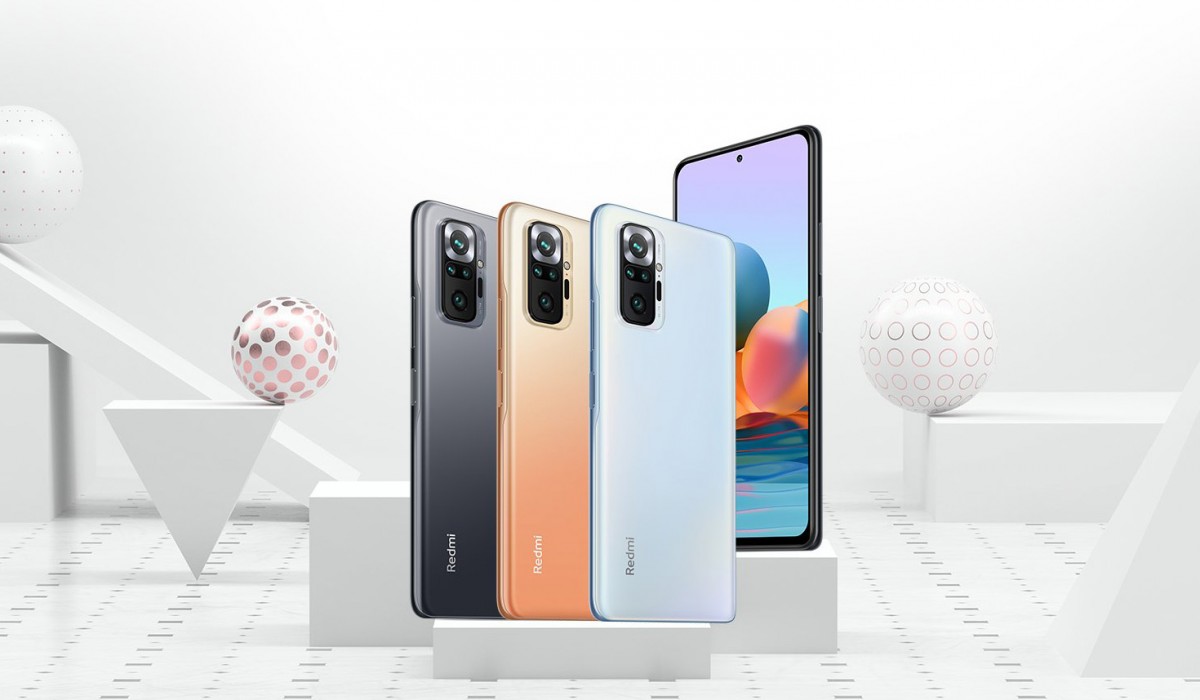 Which is the better buy between the Redmi Note 10 Pro and realme 8 Pro?

Starting with the design, I think most of you would prefer the clean look of the Redmi Note 10 Pro rather than the boastful finish on the realme 8 Pro. While realme did put a huge tagline on the back, the sand-blasted design surely is appealing to anyone who sees the phone in person. realme 8 Pro comes in Blue, Black, and Yellow colors, but when it comes to availability, one usually gets left out — and this year, we expect the yellow to be the odd one out. The Redmi Note 10 Pro comes in Gray with a shiny black finish on the back, blue with a frosted finish, and bronze that looks orange in both renders and real life. Although both phones are of the same thickness, realme 8 Pro is significantly lighter to handle given its smaller display size.

Where Redmi Note 10 Pro shines in the design department is the use of Gorilla Glass 5 on the back, as opposed to the all-plastic build of the realme 8 Pro. Additionally, realme has dropped support for an official IP rating, wherein the Redmi device comes with IP53 for dust and water splash protection.

realme 8 Pro is sporting the smaller and one-hand manageable display at a 6.4-inch diagonal. It’s using an FHD+ Super AMOLED panel, capable of 1000 nits in HDR and around 430 nits in non-HDR. On the other hand, Redmi Note 10 Pro has a larger 6.67-inch AMOLED screen with a 120Hz refresh rate and 1200 nits HDR brightness. Although we expect both devices to output bright and colorful display quality, it’s hard not to notice the smoother panel of the Redmi device. realme might’ve just missed the mark on this one, choosing to use 60Hz when the competition is already way past it.

With that said, we give points to Redmi Note 10 Pro with its faster display and more durable design.

A lot of you are disappointed to see Snapdragon 720G in the realme 8 Pro — and we can’t blame you, given the company has used the SoC since realme 6 Pro days. However, the chipset isn’t as bad as what the public depicts it to be. In fact, the Snapdragon 732G is literally just the Snapdragon 720G with a slight GPU boost in frequency and other slight adjustments in some areas. At best, you’re looking at around 8% in frequency boost, not actual performance. And, it’s not like UFS 2.1 is miles better than UFS 2.2 already. For what it’s worth, the performance of these devices is neck-and-neck.

Innovation-wise, realme 8 Pro paired its Super AMOLED display with an in-display fingerprint scanner. On the flip end, Redmi Note 10 Pro is using a capacitive scanner embedded on the power button to save cost. Whichever you pick, I think both work well and accurate.

Like I’ve mentioned, both devices are using a 108MP sensor as their main camera. The secondary cameras are also available at your disposal — ultrawide, macro, and depth. If you’re fond of shooting macro, you may have better sharpness and quality with the 5MP of the Redmi Note 10 Pro. But when it comes to overall capability, both phones can deliver great-looking photos in the day and bright ones at night. Both are also capable of up to [email protected] video recording with EIS in tow.

The main difference will basically come down to the processing of realme and Redmi. The same goes for the 16MP selfie camera of the two. So for the two devices, it’s a tie in the camera department.

realme 8 Pro is only using a bottom-firing speaker, and on paper, it’s already inferior to the stereo speaker setup of the Redmi Note 10 Pro. With two speakers, expect louder and better overall audio quality. Fortunately, both devices are still offering a headphone jack. For now, Redmi has the upper hand in the sound department.

In this comparison, Redmi Note 10 Pro holds an advantage over its competitor when talking about durability, battery, display speed, and audio. On the other end, realme 8 Pro has a faster charging speed and a more advanced in-display fingerprint scanner. But if you’re looking for THE better camera — on paper, the two devices are a tie. However, this is where value proposition comes in.

realme 8 Pro with 8/128GB retails for ₱16,990. If you pay for the Redmi Note 10 Pro of the same model, you only need to cough up ₱13,590. At the same time, you’re getting a fast 120Hz display that actually lets you see the upgrade in speed and performance of a device, a build that can survive water splashes, and a clear and loud audio experience. All that with the same 108MP hardware found on realme 8 Pro.

READ: Xiaomi Mi 11 Review – What can it offer as a flagship contender?