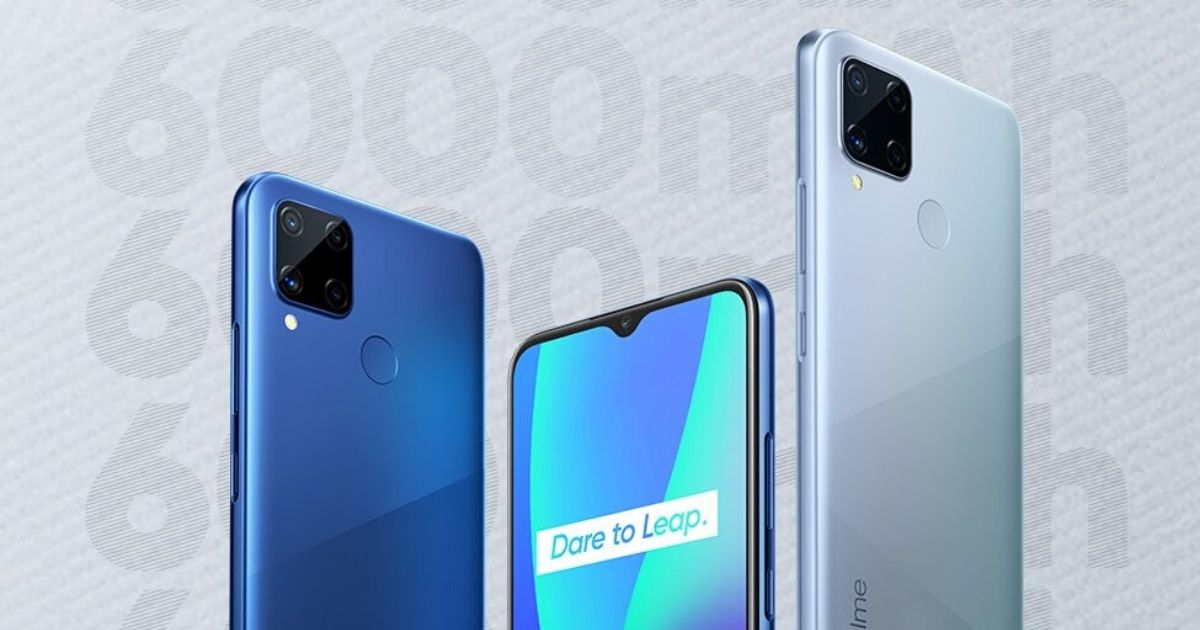 While Realme Philippines is busy prepping for the launch of Realme C11, the brand in Indonesia just teased the C15 that launches on July 28th. Based on the official poster invitation, the entry-level phone will pack 6000mAh battery with 18W quick charge via USB-C. The teased images, however, reveal more such as the quad-cameras on the back, rear-fingerprint scanner, mini-drop notch, and a geometric design that comes in Seagull Grey and Marine Blue. Apparently, there will be two variants — 3GB + 64GB and 4GB + 64GB.

Interestingly, almost all of the spec sheet got mentioned except for one — the chipset. Usually, it’s the chipset that dictates the price of a device. In the case of Realme C15, the rumors point out to MediaTek’s Helio G35 which is entry-level. But if we’re in Realme Philippines position, it’s hard to choose where to slot in the upcoming phone. Do take note that the P6,500 to P10,000 range is jam-packed already. However, one thing comes to mind — Realme C15 gets an incredibly low price between P5,000 and P6,000. But that’s just speculation. What do you think? Given the sheer number of affordable Realme phones right now, we still feel that the C15 might be reserved for other markets.