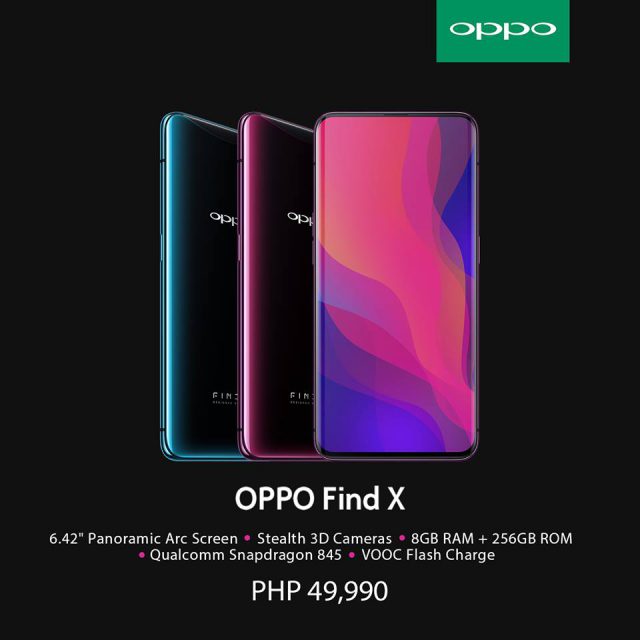 After the OPPO Find X was officially launched last month, a lot of people have been asking if it’ll arrive in the Philippines soon. Recently, the official PH price of the OPPO Find X has been confirmed. In addition, it’s available for pre-order until August 1.

Going to its cameras, the front snappers are mounted on its pop-up design with a slide-out mechanism in just 0.5 seconds. It has a 25MP selfie snapper with multiple 3D portrait lighting features. It also has its own emoji feature that is similar to Apple iPhone’s Animoji, in which the company called it as Omoji. On the rear side, there’s a dual rear camera of 16MP + 20MP sensors with OIS and AI capabilities.

Under the hood, the OPPO Find X receives power from Qualcomm’s Snapdragon 845 chipset with Adreno 630, coupled with 8 GB of RAM and 256 GB native storage.

This smartphone runs on Android 8.1 Oreo with Color OS 5.1. It has a 3,730 mAh battery pack with VOOC fast charging. The Find X is a dual-SIM handset with worldwide LTE band support.