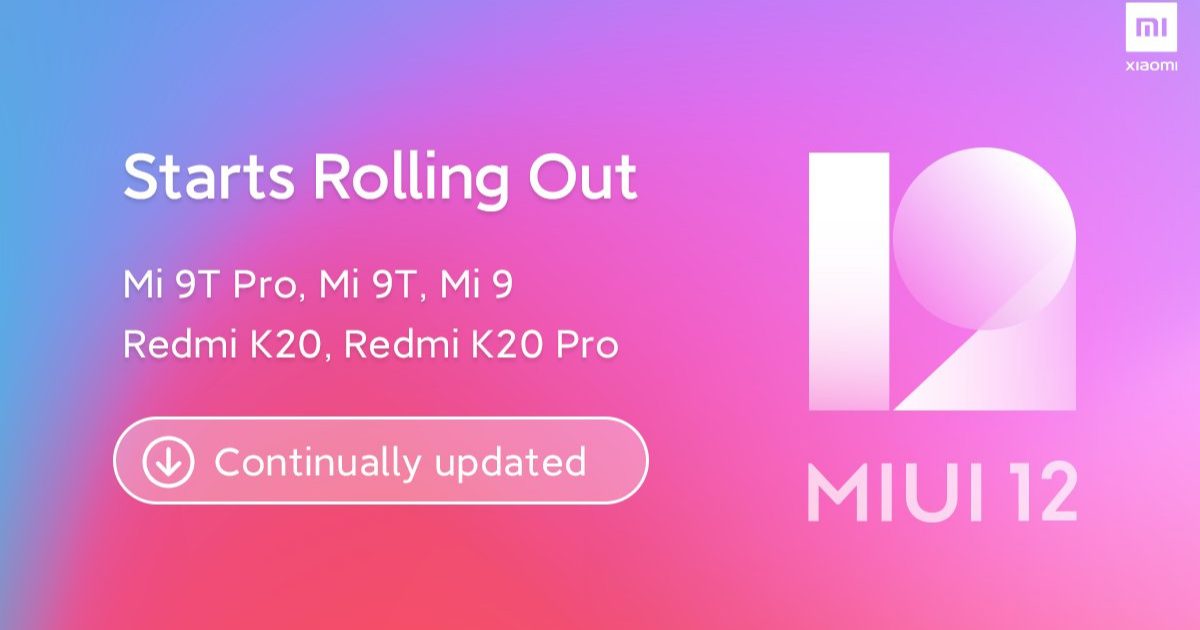 Through an official Twitter post, Xiaomi announces that MIUI 12 is “starting to kick in” for some devices, namely Redmi K20, K20 Pro, Mi 9, Mi 9T, and Mi 9T Pro. As part of “Round 1”, the said phones are slated to receive the latest version of MIUI starting this month. The “Round 2” of the rollout will cover a large scale, such as Redmi Note 8 series, Redmi 8, POCO F1, Mi 8 series, Redmi 7 series, and even Redmi 6 series. You can see the entire list below. However, the company did not reveal when the 2nd wave will start.