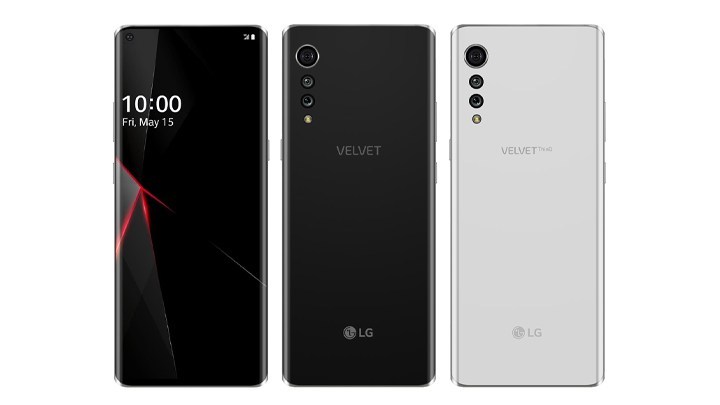 One of the most anticipated phones next month is the LG Velvet. It’s a new lineup from the company which aims to provide a design that’s unique on the market. Now that smartphones are becoming harder to distinguish from one another, we’re glad to see something new from the likes of LG which has been trying hard for a while now to regain market share. And by being unique, it hopes to create momentum. There have also been rumors surrounding the device as the replacement to the LG G Series, however, the company did not mention the G Series during the announcement. With that said, here’s everything you need to know about the upcoming LG Velvet.

In an official video teaser, LG Velvet has been revealed sporting the Snapdragon 765G. It’s Qualcomm’s affordable 5G chipset that also provides near-flagship performance. In fact, it’s a popular chipset used by other brands. You can check our top 5 Snapdragon 765G phones list. Aside from that, we also know the entire design of the device.

LG Velvet features 3D glass backing and front which means the display curves towards the sides. The tall-looking renders give an impression of at least 20:9 aspect ratio, so we’re expecting a narrow design language that makes it easier to hold one hand. LG is also introducing its “Raindrop” camera module that prevents huge camera humps and promotes a “flowing” pattern. And given the renders, we’re looking at three main cameras and an LED flash below them.

Thanks to a massive leak, the specs of LG Velvet has been revealed. Unless the company does a 360-degree, here’s everything you can expect from the upcoming device.

Starting with the cameras, the main sensor is going to use a 48MP sensor, likely the Samsung ISOCELL Bright GM2, with OIS support for steady videos. The secondary camera is of 8MP ultrawide lens while the tertiary is of 5MP depth lens. As for the selfie camera housed in a teardrop notch, we’re looking at a 16MP sensor. And with no capacitive scanner on sight, the Velvet will come with in-display biometric.

Going back to the design, the glass-metal-glass look is MIL-STD certified. That means LG Velvet can withstand extreme exposure to certain elements, like heat or cold temperature. Furthermore, it’s also said to be IP68 rated, putting the device as one of the few, if not the only mid-range device with that sort of rating. Even with the feature-packed design elements, the phone only weighs 180g with 7.85mm thinness. Color-wise, it will become available in Aurora White, Aurora Green, Aurora Gray, and Illusion Sunset.

The Snapdragon 765G is paired with 8GB RAM and 128GB internal storage which is a standard among flagship and mid-range devices. Additionally, you can expand the storage via a microSD slot. Last but not least is a 4300mAh battery with fast charging and wireless charging support and stereo speakers.

LG Velvet is confirmed to launch on May 7. As for the price, the rumor points out to KRW 899,800 or ~P37,000 when converted roughly to Philippine peso. If that’s true, we feel like the device is going a hard time competing. We’re not sure if the added IP rating and wireless charging are enough to justify the LG Velvet’s price. But, what do you think?