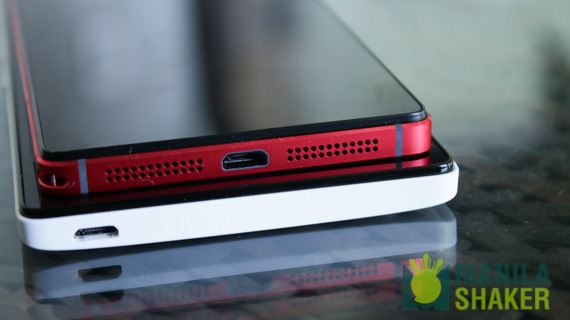 Two phones, one company. Lenovo K80 priced at P9,990 VS Lenovo Vibe Shot priced at P15,490. We’ll highlight the duo’s difference in terms of features for you to find the right phone that’ll suit you.

The Lenovo K80 highlights simplicity with its polycarbonate body, while the Z90-7 Lenovo VibeShot showcases a sophisticated metal and glass construction. 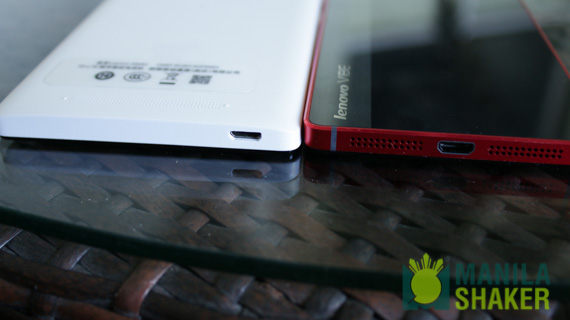 In terms of width and weight, the Vibe Shot is 1.2mm thinner and 13g lighter in comparison with the K80. 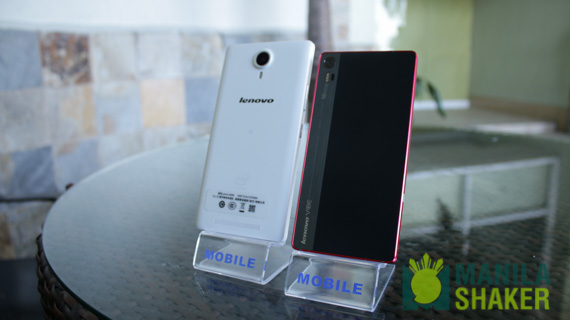 The Vibe Shot also possesses a dedicated shutter key and camera switch on button, which is not present on the K80.

MicroSD card expansion feature is also present on the Lenovo Vibe Shot, while again, this feature is not present for the K80. 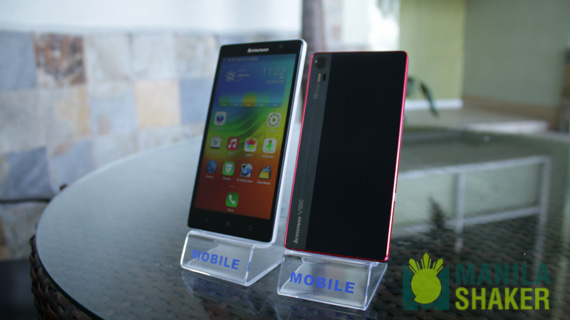 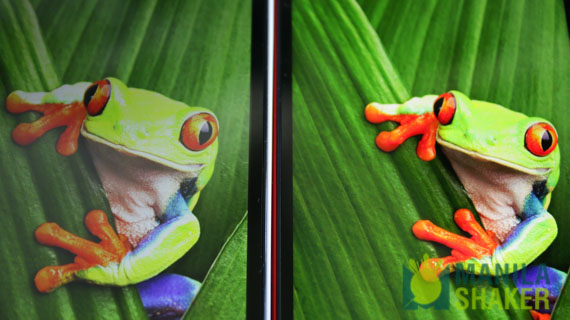 The images caught on a Vibe Shot is easily seen to be more vivid or saturated in comparison with its opponent. The Vibe Shot also shows a more brighter and more readable screen outdoors. 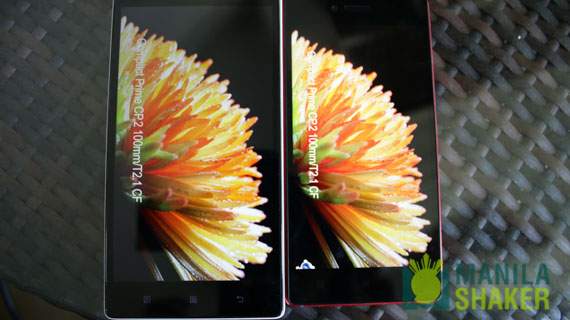 Video quality of the two are seen to be equal with one another.

The Winner:  Tie  for video performance

Upon doing a boot up speed test, it was easily seen that the K80 was faster in booting up its system in comparison with its opponent, the Vibe Shot.

On doing the benchmark test, the K80 dominated its opponent again, proving that its capability lies in its system.

Volume wise, the phones were in par with one another. Although, the treble in Vibe Shot seems to be higher than of the K80, thus the music from the speaker lacks depth and sounds a bit more tinny. In spite of this minor difference, speaker quality for both phones are quite good and clear. 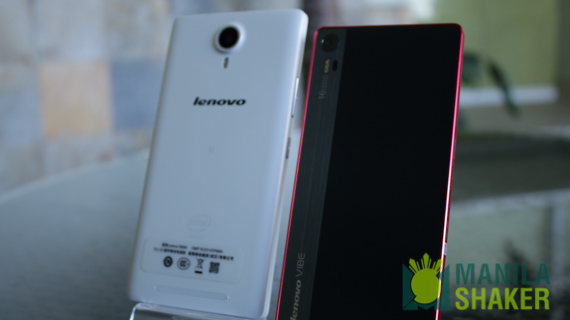 Both phones have very similar qualities due to it being under the same company, though there are clear difference for both phones in terms of boot up time and camera quality.

In spite of this, The phones are quite remarkable since the price range of the Vibe Shot is not that far with the K80.

The Lenovo Vibe Shot is now available thru online stores nationwide for only P15,490 while the Lenovo K80 is available for P9,990.

Take your pick, Let us know what phone suits you.

Also, check out the video version of this comparison review.