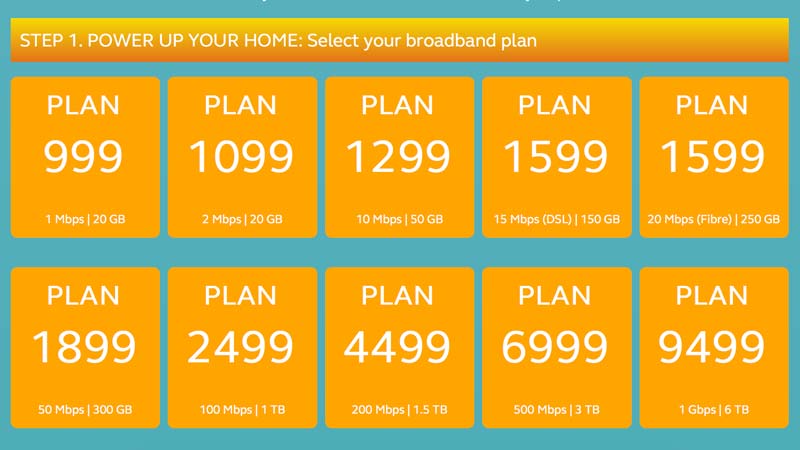 Globe has finally launched the biggest broadband speed and data upgrade to its fiber and DSL or wired lines–nd probably dropping the Tattoo sub-brand (to be confirmed)–in the Philippines. Below is the complete list of all Globe Broadband plans covering fiber and DSL lines with consumable data limit and speed.

The availability of fiber is limited to select areas in Metro Manila and rest of the Philippines.

The official pricing is already posted but you may get variations when you either add devices or extra services like boosters in your plan.

For prices, only the Plan 1299 will get a free landline unit and unlimited calls to Globe/TM (fees) while 999 and 1099 have added service fees for the landline. Meanwhile, all plans will get free model and Plan 1599 and up will get free Google Chromecast (1st gen).

Globe will start rolling out the upgraded speeds starting next year. It’s important to note that the contract is good for 2 years or 24 months locked-in. Perhaps, upgrading to these speeds will get a refresh in their contract period.

Why no unlimited data in Globe’s Broadband Plans?

Globe has increased the data allocations for every plan and so far it’s a good move since the previous plans have measly data allowance. For 20GB and 1Mbps speed, it’s enough for 2-3 users for several social networks apps, Youtube, and few downloads of movies. The biggest gains here start with Plan 1599 fiber and DSL lines with 250GB and 150GB data, respectively.

The speed limit will start once you reached your data cap dropping your speed to 40% of the promised speed (1Mbps to 0.4Mbps or 400Kbps). You can purchase boosters as an option if you’re on data limit.

Globe promises of 40% upload speed for their DSL line and symmetric or same download and upload for its fiber, but we have to confirm this for the lower plans.