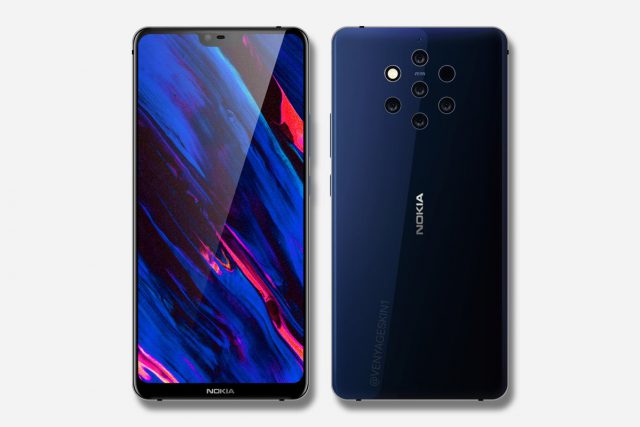 After a couple of image leaks, the Nokia phone with Penta-lens camera has been rumored to be the Nokia 9. Now, leaked renders surfaced finally showing its display with a notch.

The design tipster Benjamin Geskin has shared this renders revealing its front and back panel. There is the notch that houses the earpiece, sensor and front camera. The side bezels are thin with a Nokia branding on the display’s chin.

Flipping the phone, we’ll see the controversial five cameras with a written “Zeiss” in between the top and middle lenses. It also has an LED flash.

Looking at the render, there’s no fingerprint scanner which could possibly be placed in-display.

As of now, we’ll be expecting a lot of leaks and speculations about the device. So stay tuned for more updates.