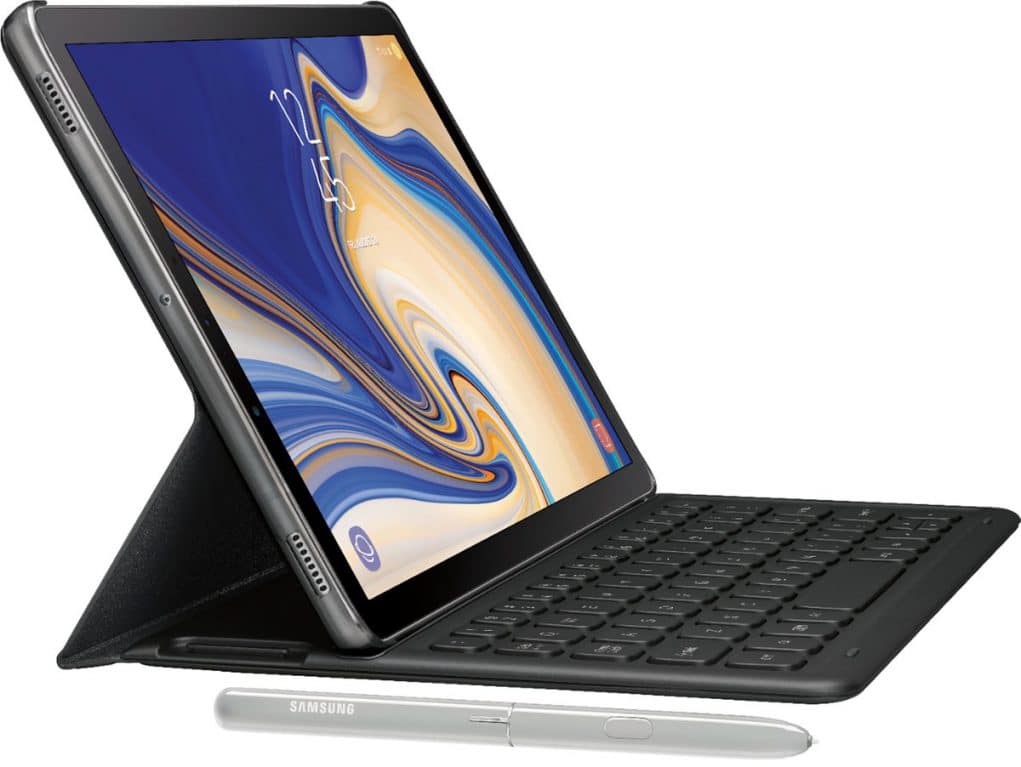 Last week, the upcoming latest addition to Galaxy Tab S series official renders revealed what Samsung Galaxy Tab S4 will look like. But this time, another leak has surfaced showing the press renders of the device.

It was speculated that this will be revealed at the 9th of August. Before that, a popular leakster, Evan Blass (@evleaks) posted on his Twitter page the press renders of the Samsung Galaxy Tab S4.

The image shows the device in a black keyboard case with the S Pen. At the side are the two speaker grille and a microphone. 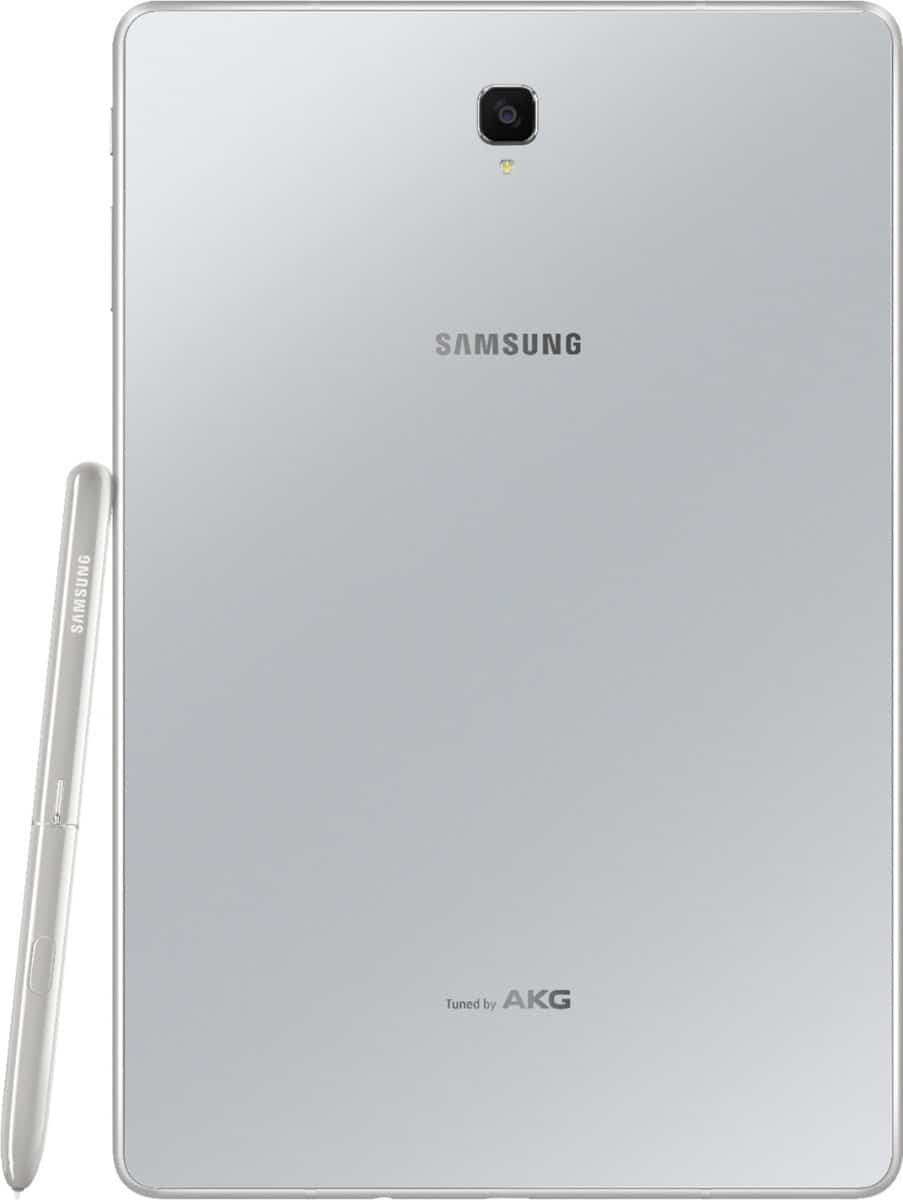 The next image shows the back panel of the device that features a single camera with an LED flash underneath. It also has the company branding and “Tuned by AKG at the bottom.” At the side is the white S Pen leaning against the Galaxy Tab S4.

Lastly, is the photo of two S Pen. On the left is the Galaxy Tab S3 and the other is the Galaxy Tab S4. It suggests that they made changes with the current S Pen, it is now rounded with a silver line at the middle with another line that is likely to be the LED light.

According to previous reports, the device will feature a 10.5″ S-AMOLED display with a QHD resolution of 2560 x 1600 and an aspect ratio of 16:10. It will be powered by the Snapdragon 835 chipset along with 4 GB of RAM and an internal storage of 64 GB. The tablet will also sport an Adreno 540 graphics processor. The handset has a 12MP rear camera and an 8MP front camera.