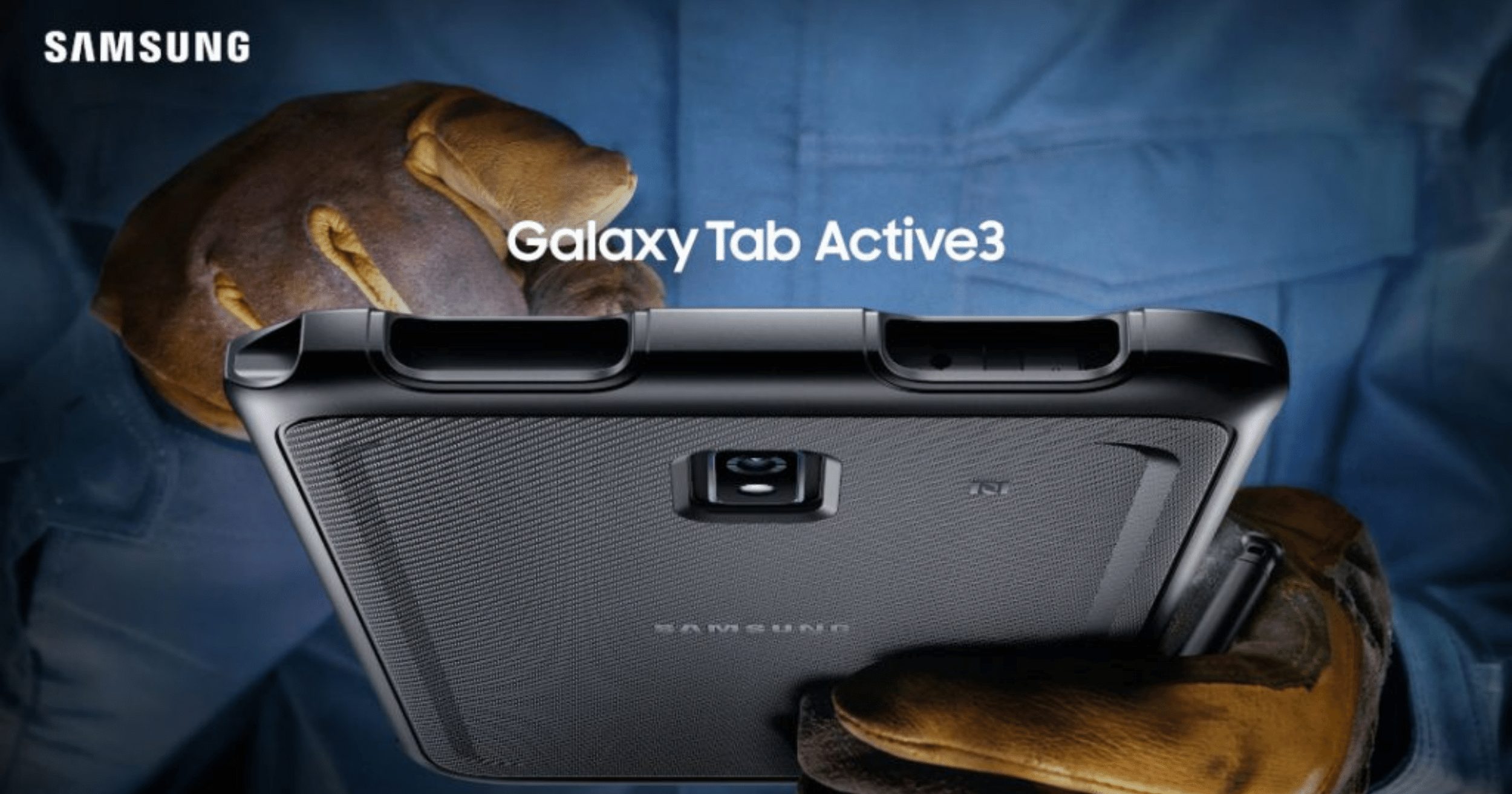 While Samsung used to release Active Series for its S lineup, boasting incredibly durability and an IP68 rating, the company apparently has not entirely abandoned its most rugged series. Instead, the most durable Samsung device is now the Galaxy Tab Active3. It features a rubber layer outside the main device that’s MIL-STD-810H certified; meaning, it can withstand drops of up to 1.5 meters. Available in black colors, the Tab Active3 comes with a price of €477(~Php26,900) and will roll out to select countries in Europe and Asia.

The Galaxy Tab Active3 is made to be handy even with its built-in case, thanks to the 8″ FHD WXGA PLS TFT LCD. Though not the most flashy screen, the sensitivity is tinkered to allow the screen to worth with gloves. The 13MP main camera, on the other hand, is optimized for camera-based barcode. And, the NFC features comes with EMV Level 1 for payment. Given the rugged tablet is made for professionals, Samsung even bothered to include an S-pen here.

Much like the Galaxy Note 20 Series and future Samsung devices, the Tab Active3 will support three generations of Android OS upgrades.