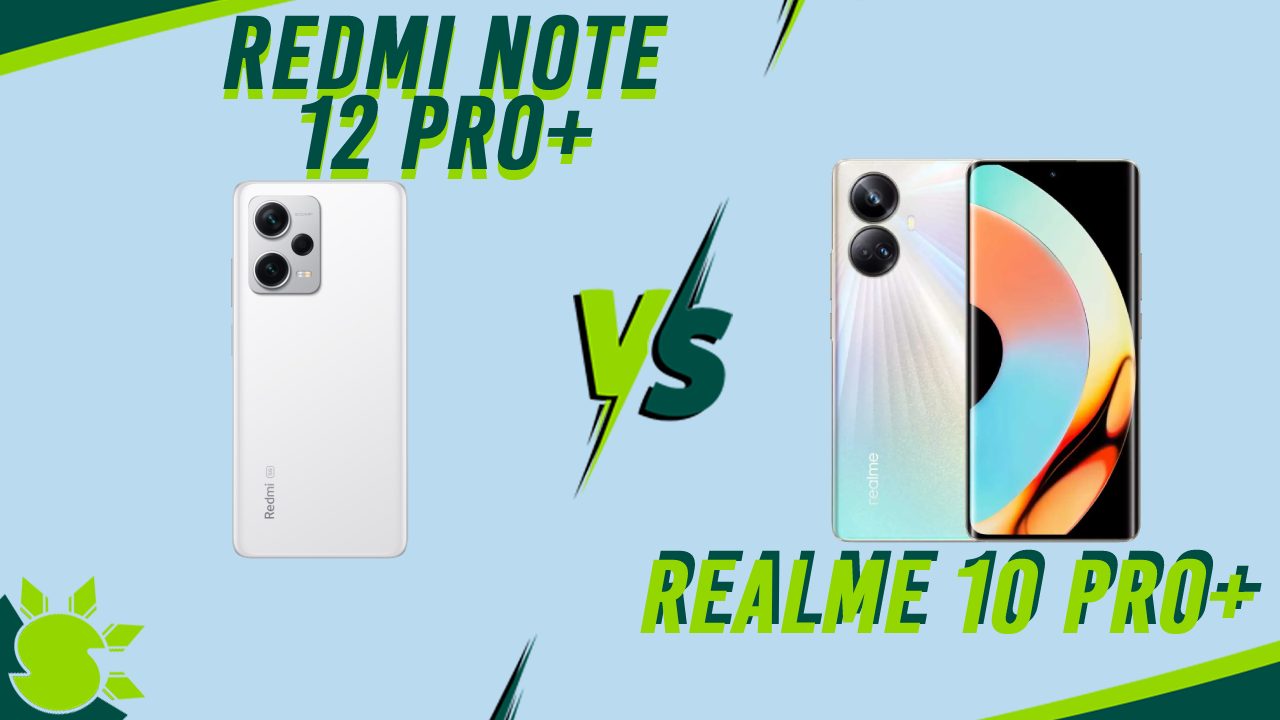 Realme 10 Pro+ has recently made its debut in the Chinese market, and it will be available in the worldwide market very soon, beginning with India. It is a mid-range phone that looks like a flagship due to its gorgeous appearance, yet it offers excellent value for money. It is unquestionably a perfect rival for Xiaomi‘s Redmi Note 12 Pro+, and the Redmi Note 12 Series is also a perfect rival for the Realme 10 Series. Given that the two handsets have similar specifications and the same hardware department, many people are unsure which one to choose. We decided to provide you with all the necessary information in one article: here is a comparison of the major specs of the Redmi Note 12 Pro Plus and the Realme 10 Pro Plus.

Related Video: realme 10 Review – Is It a Worthy Upgrade?

When it comes to design, the Realme 10 Pro+ easily defeats the Redmi Note 12 Pro+ 10-0. It has a very slim design with a curved screen at the edge, similar to the most costly Android flagships, and fantastic color options, including the Star Light one with a really unique texture. It is thinner, lighter, and more compact than its competitor. The Redmi Note 12 Pro+ is not only larger but also thicker and more obnoxious. It is, nevertheless, made of high-quality components, such as a glass back and an aluminum frame. Furthermore, it has the IP53 certification, which means that it is dust and splash-resistant. So, while this phone has a strong build quality, it does not have the nicest design.

There are no significant variations in the screens of these two devices, and they perform similarly. We’re talking about two AMOLED displays that are adequate for a high-end phone but not the finest available. The Redmi Note 12 Pro Plus features an AMOLED display with a size of 6.67 inches, a Full HD+ resolution of 1080 x 2400 pixels, a refresh rate of 120 Hz, a peak brightness of 900 nits, HDR10+ certification, Dolby Vision compatibility, and an in-display fingerprint sensor. The Realme 10 Pro Plus sports a 6.7-inch diagonal AMOLED display with one billion colors, a Full HD+ resolution, a 120 Hz refresh rate, HDR10+ certification, and an in-display fingerprint scanner. Both phones include dual speakers as well as a 3.5 mm audio port.

The Redmi Note 12 Pro Plus wins the camera comparison solely because it has a superior primary camera. We’re talking about a 200 MP Samsung ISOCELL sensor with OIS, an 8 MP ultrawide sensor, a 2 MP macro camera, and a 16 MP selfie shooter. The Realme 10 Pro Plus has the same secondary sensors and selfie camera as the Realme 10 Pro, but the main camera is a 108 MP sensor with no OIS.

When the most costly memory options are considered, there are no changes in the hardware areas of these two phones. They are both powered by the MediaTek Dimensity 1080 chipset, which is a midrange processor built with a 6 nm production process and sporting an octa-core architecture composed of two Cortex A78 CPUs running at a maximum frequency of 2.6 GHz, two Cortex A55 CPUs running at 2 GHz, and a Mali G68 MC4 GPU. There is up to 12 GB of RAM and up to 256 GB of internal storage. It should be noted that the Realme 10 Pro Plus comes with Android 13 out of the box, whilst the Redmi Note 12 Pro Plus comes with Android 12.

These two gadgets have similar battery life since they both feature a 5000 mAh battery and similar components. The Redmi Note 12 Pro Plus, on the other hand, charges faster owing to 120W fast charging.