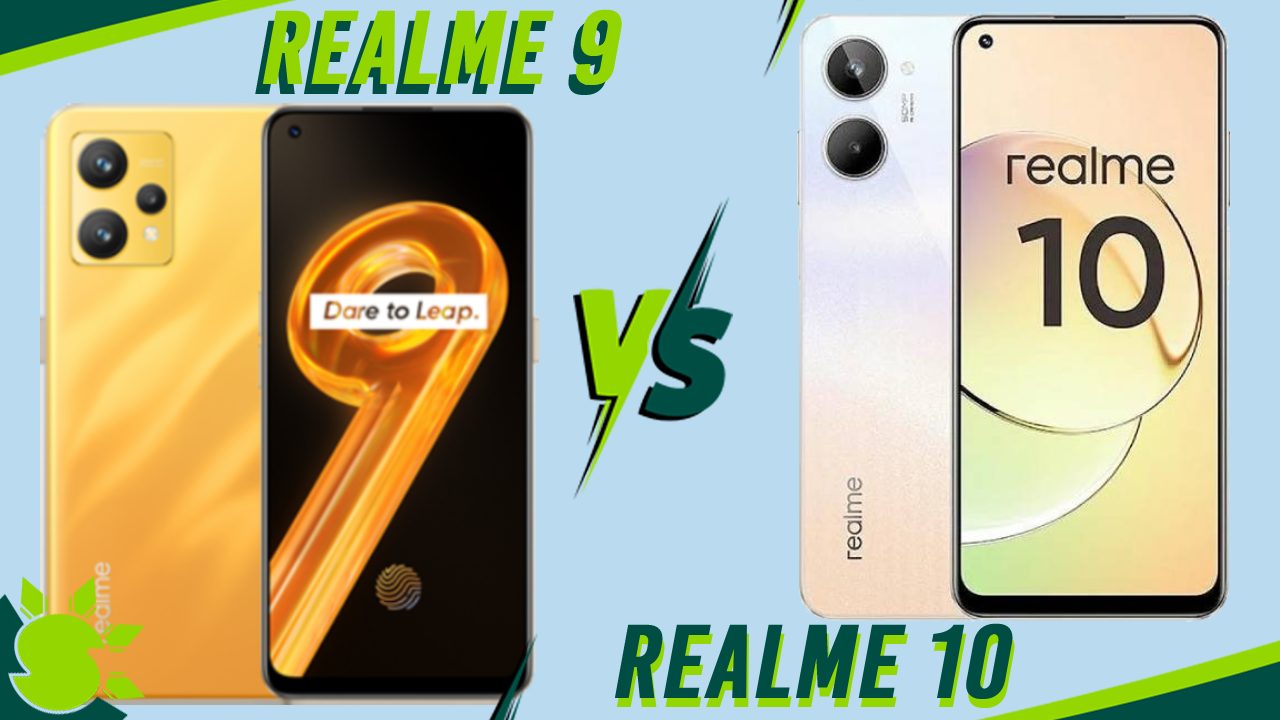 The realme 10 is now available in the Philippines, and the device has started to arrive worldwide. This smartphone model is gaining popularity as a result of strong launch day deals. However, before you decide to purchase the new realme gadget, you should consider how they compare to their predecessors.

In this article, we will compare the realme 10 and realme 9 and discover how they’re similar and distinct in a variety of ways. There are variations in size as well as display departments, so let’s see how the new model compares to realme 9. Despite the differences from its predecessor, the realme 10 appears to be a touch more premium this year. The polished polycarbonate plastic gives it a more premium look, something the realme 9 lacks. The new model comes in two colors: Clash White and Rush Black. The realme 9 on the other hand, has more beautiful color options, including Meteor Black, Sunburst Gold, and Stargaze White.

The screens on the two phones are far apart. The realme 10 and realme 9 have the same 6.4-inch Super AMOLED display with Full HD+ resolution and a refresh rate of 90Hz. Another feature that the realme 10 has that its predecessor doesn’t have is Face Unlock. Another thing they have in common is the top-left punch-hole camera which is a good thing to not distract from the screen display.

The realme 9 has three cameras: a 108MP camera with an f/1.8 aperture, an 8MP Ultra-wide sensor with an f/2.2 aperture, and a 2MP macro camera with an f/2.4 aperture. The only noteworthy variation in the camera part is the primary camera. The remainder of the sensors is the same as on the new model, with the exception of the new realme 10’s 50MP wide primary camera. Each phone includes a 16MP front camera that can be used for selfies and video calls.

The realme 10 features a MediaTek MT8781 Helio G99 chipset with 6nm, which is a higher-performance processor than its predecessor. The Helio G99 processor contains 2×2.2 GHz Cortex-A76, and 6×2.0 GHz Cortex-A55. In comparison, the realme 9 is equipped with a different earlier Snapdragon processor which is the Qualcomm SM6225 Snapdragon 680 4G with the same 6nm, which is expected to be inferior to the latest model. In terms of RAM capacity, the realme 9 offers 6GB and 8GB of RAM with 128GB of internal storage whereas the realme 10 offers 8GB with 128GB and 256GB internal storage options. Both variants include UFS 2.2 storage onboard.

The batteries of these two phones have the same capacity: 5000 mAh. However, due to their more energy-efficient display, both devices can last longer on a single charge in many cases. Both devices are also fast to charge thanks to 33W fast charging.