A couple of weeks ago, Xiaomi launched the Mi 11 as the first Snapdragon 888 phone for 2021. What’s more, there was almost no price increase as the current flagship phone starts at CNY 3999(~Php29,300). Redmi, Xiaomi’s sub-brand, on the other end, is about to release the most affordable Snapdragon 888 next month.

According to an official poster posted by Ice Universe on Twitter, a well-known Samsung insider, Redmi is gearing up for a February launch for the K40, and it’s apparently going to be priced at CNY 2999(~Php22,200). The poster basically revealed the price of the K40. It appears that Redmi K30 will get a deserving successor and will continue the affordable flagship mantra of the Redmi K Series.

We’re not sure yet what to expect from the K40 in terms of specs, but we should be able to expect at least 64MP quad-cameras, a 4500mAh battery, and maybe another pinhole selfie camera. One of the hottest rumors last year was the inclusion of 120Hz OLED on the K40, though it’s worth noting that this could be reserved for the K40 Pro model. 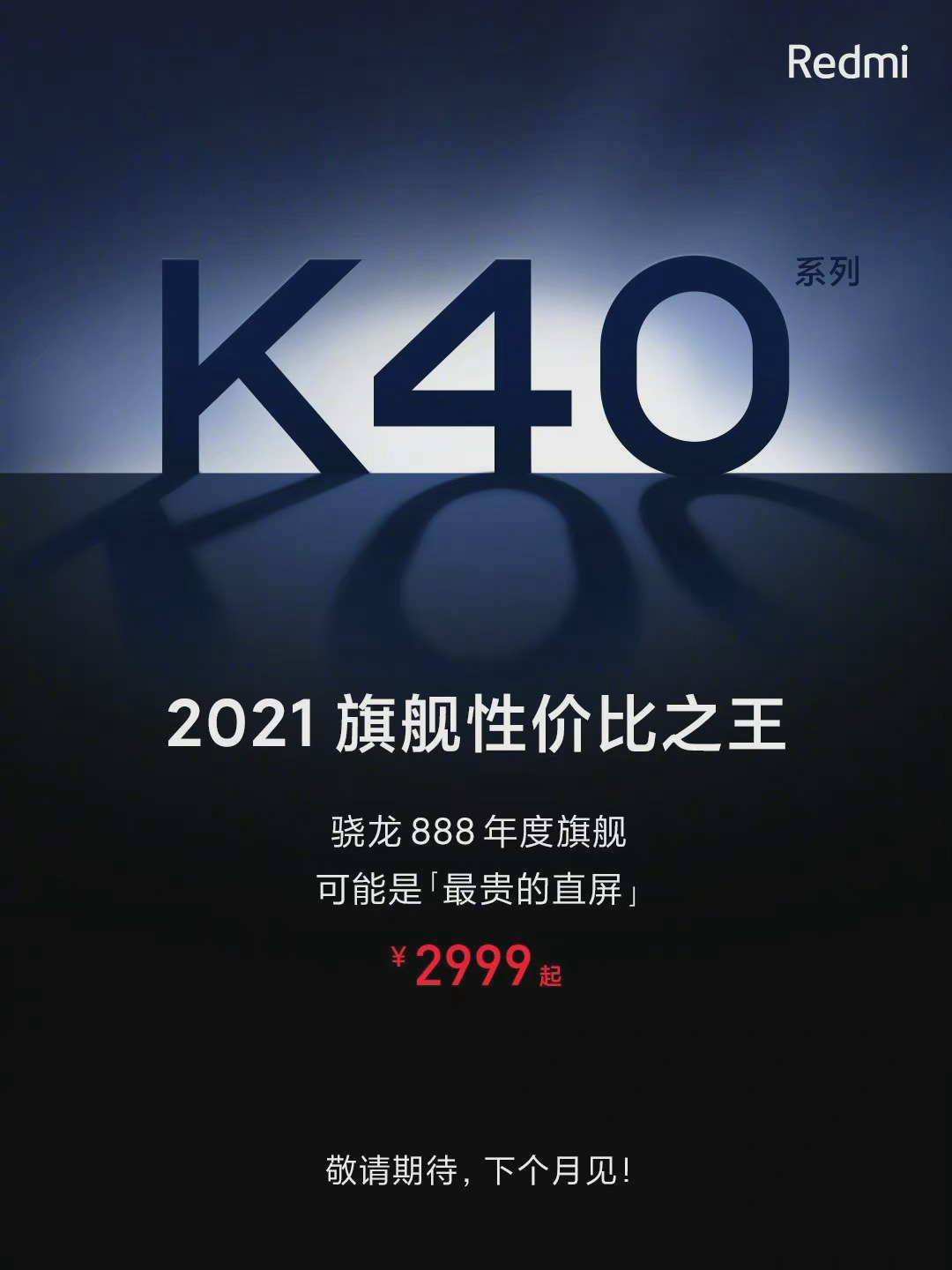