We’ve seen the revolutionized camera since the release of the Samsung Galaxy S9 with their hardware changing aperture. Unfortunately, we will not get this feature in the S20 family, but what was announced in the unpacked 2020 is also revolutionary including their 100x Space Zoom.

Let us compare both phones 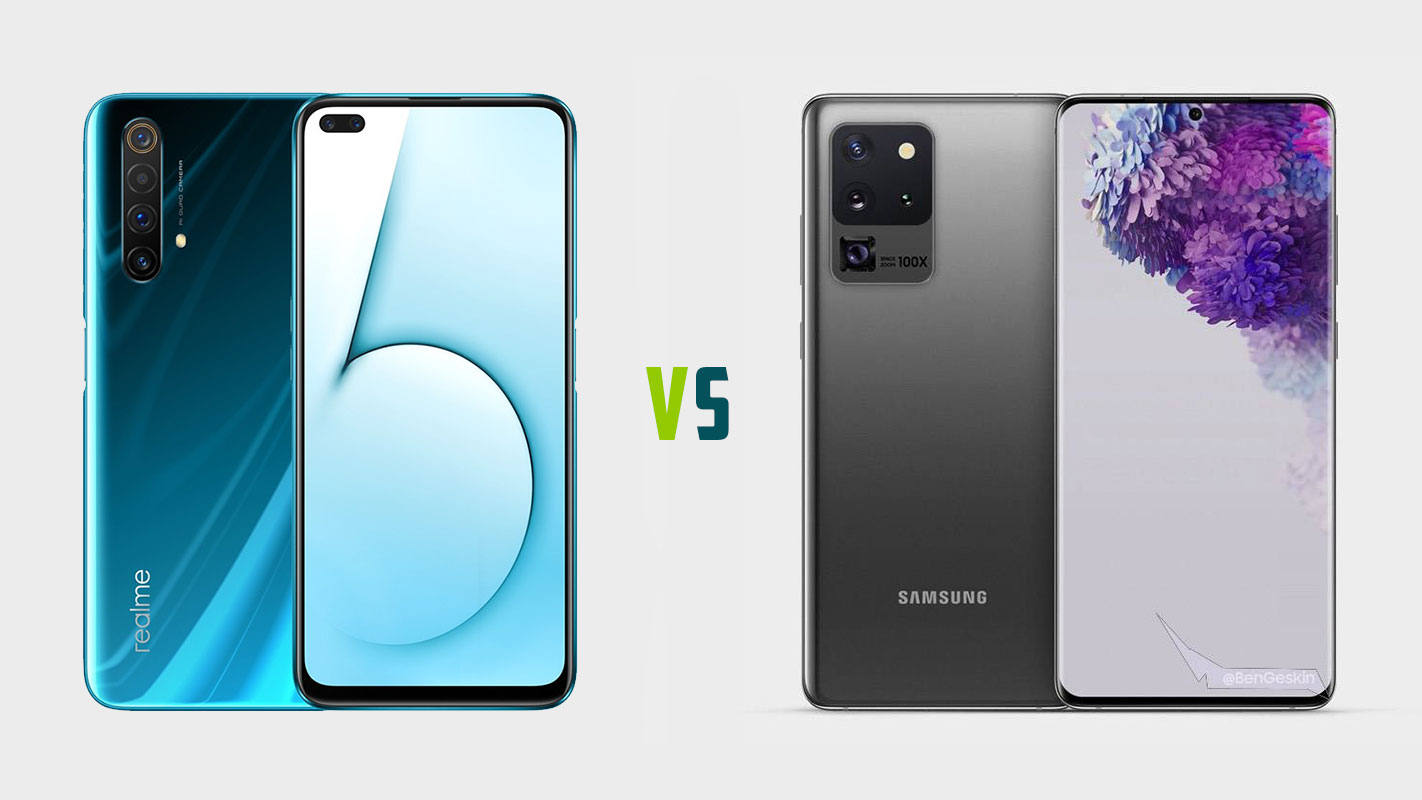 At first glance, The Realme X50 offers a dual front-facing camera in a pill-shaped notch. On the other hand, Galaxy S20 Ultra has a unique camera module on the back. It has a Gorilla Glass 6 protection while the Realme X50 got a Gorilla Glass 5. Both have type-C charging ports and no headphone jack. On the right side of the Galaxy S20 Ultra, you’ll see the power button and volume rockers altogether. While the Realme X50 combined the fingerprint scanner and power button. The Galaxy S20’s fingerprint sensor is under the display, it features an ultrasonic sensor. Both have dual sim capability and supports the newest 5G Connectivity.

Next we have the displays

Moving on to the camera

Seeing the back of the phones both feel like it is so Premium. Both have a quad camera and uses Gorilla Glass on their Camera Module, so you don’t have to worry about the scratches that’ll block the lens. The downside is if you place both phones on a flat surface there’s a slight wobble due to the thickness of the modules. So the best thing to do is to use a protective case.

Taking you to the Camera specs

The whopping 108mp main camera of the S20 Ultra nearly doubles the size of the 64mp on X50. You won’t notice too much of a difference but when you zoom-in and crop the photo you will start to see the quality loss in the X50.

The Galaxy S20 Ultra’s 48-megapixel folded telephoto lens allows its cameras to offer a total combined optical and digital zoom of 100x. The competitor on the other hand, has 12-megapixel telephoto offering a 20x Hybrid Zoom.

Going ultrawide, the S20 Ultra uses a 12mp lens while X50 has an 8mp lens. The 4th camera of the Realme X50 is a 2mp macro lens and depth sensor for S20 Ultra. Switching to the front camera, the Galaxy S20 Ultra has a 40mp wide-angle lens which is not really wide at all. The X50 on the other hand, has a dual front camera with 16mp and 8mp ultrawide perfect for taking group selfies. Capturing videos on Galaxy S20 Ultra had a massive change for mobile filmmakers community it can record up to 8k resolution @ 24fps. Realme X50 can shoot up to 2k res at 30fps, crop the 2k to produce a sharp and crisp 1080p video.

Moving forward to the performance specs

Both phones have a 120hz refresh rate meaning more smooth gameplay and less tearing. But take note that the Samsung Galaxy S20’s 120hz is limited to 1080p only, you’ll get 60hz while on 1440p display by default when It comes out of the box. So If you want to experience the smoothness of 120hz on the Galaxy S20 Ultra you’ll have to go to the settings and change its resolution down to 1080p.

Alright, playing games on both phones is more satisfying thanks to 5000mAh capacity of S20 and a 4200mAh for Realme X50. Both phones have fast charging capabilities that can take up to 45W.

Before we end this, I would like to update you on the upcoming launch of Realme X50 Pro 5G that will now take place online. Saw this twitter post from Madhav’s lifestyle

In concern with the public safety and cancellation of #MWC20 at Barcelona, we have decided to shift the launch of #realmeX50Pro 5G to an online global launch in Madrid on Feb 24th.
Will also reveal something special with it for Indian customers. pic.twitter.com/bgJOWF0Kmx

They’ve decided to shift the launch of #realmeX50Pro 5G from MWC to an online global launch in Madrid on Feb 24th due to a corona virus concern that cancelled the event. Realme X50 Pro’s specs is nearly identical to Samsung’s S20 family. Expect that you will see a comparison between the two phones after it‘s launch.

And that was the Comparison between the two 120hz Quad-Camera phones. Which do you think is better in terms of it’s price and comfortability?