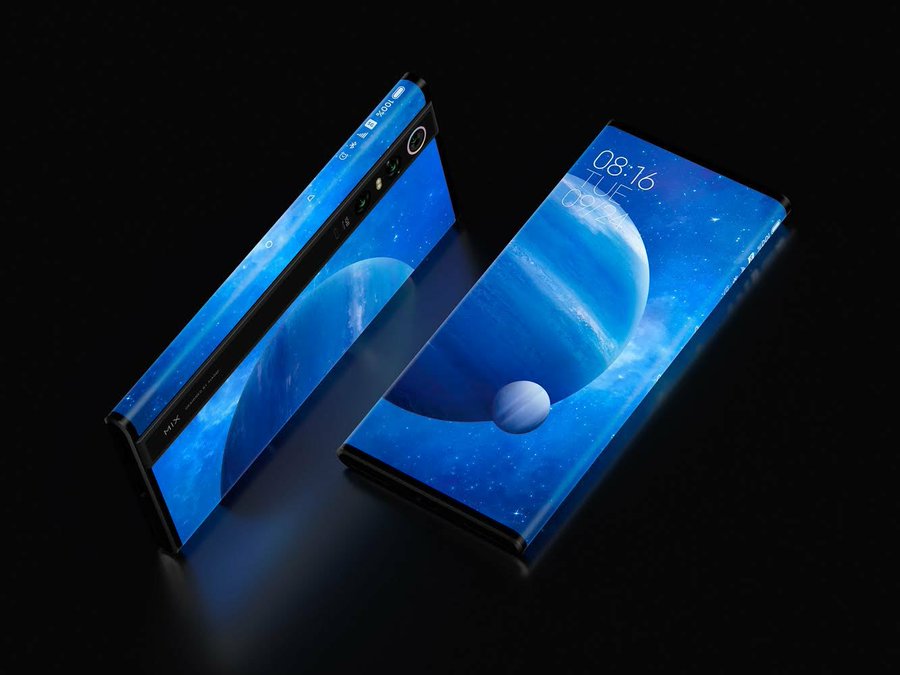 If you think Vivo Nex 3 and foldable phones are impressive, wait till you see Xiaomi Mi Mix Alpha smartphone. After developing crazy ideas for smartphones to be all-screen, the company is taking it up a notch with its wraparound display which, in math, covers 180.8% screen-to-body ratio.

Although Xiaomi has long-teased about its foldable phone, it seems like the hype is already dead after the revelation of Xiaomi Mi Mix Alpha. The concept phone is a sucker-punch to users who don’t want curved screens. Simply because the device is nearly all-screen from the front to the back. Instead of providing near-90-degree curved sides like the Mate 30 Pro, Xiaomi extends it towards the back — meeting a long slab of metal where the camera module is located.

That said, it’s obvious that physical buttons are gone. As an alternative, Xiaomi is putting the side screen to good use by making it pressure-sensitive. Furthermore, the curved left portion of the screen displays the status icons, such as battery level and signal. Once you use the back of Mi Mix Alpha, the main screen turns off and activates the “secondary” screen. This lets you use the massive 108MP Samsung sensor (co-developed with Xiaomi) for the sharpest selfie ever. Of course, it also comes with your standard 12MP f2.0 telephoto and 20MP f2.2 ultrawide sensors.

The official price of Xiaomi Mi Mix Alpha is CNY 19,999 or around P147k when directly converted to Philippine peso. It will also start selling in December in China, but in small-scale production only. Given that it’s a concept phone, regular consumers can shun the price tag (and the phone too).