The Black Shark gaming phone was launched last month by Xiaomi’s sub-brand. This smartphone was Xiaomi’s first attempt at creating a gaming phone. According to reports, the Xiaomi Black Shark offers a great gaming experience that enables its users to truly immerse themselves during game-play.

More and more smartphone companies have tried to prioritize game-play in making their devices so we want to know if Black Shark was able to do it. Is their gaming mobile also worth its price? We’ll find out in this review.

The Xiaomi Black Shark gaming phone definitely has a unique look and over-all design. The smartphone’s frame is made of metal with smooth curved edges that was molded for easier grip. Furthermore, its front is also covered with Gorilla Glass 5 for protection. The device’s rear back has some parts that are made of glass while most of it are covered with a matte surface that will aid in preventing fingerprint smudges. For a gaming phone, the Black Shark’s build is slim and it also feels lighter than expected.

As for its colors, it is a combination of black and green further emphasizing that it is a gaming phone. At the back of the device, you’ll find its dual cameras along with the LED flash. The Black Shark logo can also be seen at the middle part with its name at the bottom part. The logo is beautiful and it especially made an impression when it lit up as we were booting up the phone.

Let’s move on to the front part of the smartphone. The front camera, LED notification, secondary speaker and sensors can be seen at the top whereas the fingerprint scanner that also serves as the home button is located at the bottom.

The bottom part of the Black Shark gaming phone houses the USB Type-C port, primary speaker, and a microphone. Unfortunately, no headphone jack can be seen.

The left side has the sim slot and a toggle that activates the “Shark Space”. We’ll talk more about that feature later on. On the right of the phone, the power button and the volume rockers can be found.

The device came with a case that admittedly doesn’t really offer good protection but it is still important as it serves as a lock for the controller included in the package. The controller includes a joystick, L1 and L2 buttons (that are programmable), a power button, and a key that enables the user to unlock it. If you ask me, the attachable controller really does add in the immersive gaming experience.

The smartphone features a 5.99″ IPS LCD display with a resolution of 1080 x 2160 and an aspect ratio of 18:9. It’s nice to know that the company made sure to include tiny bezels in the top and bottom of the device since this helps in preventing the user from accidentally touching the home button.

In order to fully test its display, we tried watching some movies and playing games with the device. As expected, the Black Shark offers a great display with accurate colors and sharp details. The viewing experience from all angles was over-all great. In addition, we had no problems looking at the screen when we went outside during daytime.

The Xiaomi Black Shark Gaming Phone is powered by the Snapdragon 845 and has an Adreno 630 GPU. It comes in two storage variants – 6GB RAM + 64GB ROM and 8GB RAM + 128GB ROM. Unfortunately, its internal storage is not expandable. The smartphone runs on Andriod 8.0 Oreo.

Since this device is a gaming phone, the company made sure to include features that will provide a great gaming experience to its users. One of its main features is the Shark Space which was mentioned earlier. In order to activate the feature, simply slide the toggle button at the left side of the phone upwards. Our experience with this feature was really great. According to the feature, the user may avoid call interruptions from happening, turn off notifications, turn on ExtremeMode, clean the RAM, and change the configuration settings of the controller through the GameDock. You can find this by sliding downwards on the home button.

We tested out the Shark Space by asking other people to call while we were in-game. The feature really did work and no calls were able to interrupt game-play. Unfortunately, the default settings seem to allow text notifications from popping up but you may turn this off in the GameDock settings. Another notable setting in the Shark Space is its Diving mode which allows the user to prevent calls that came from social media accounts. We also tried calling the device in this mode through the mobile application, Messenger, and it was able to successfully prevent the call from interrupting. The same goes for the messages.

The games that we played with this smartphone were Asphalt Extreme, PUBG, and Tekken. We were able to play all three without experiencing any lags and gameplay was also pretty fast. As for the graphics, the details were pretty sharp and the colors were vibrant. The display was also clear even in different angles. At first, we thought that it might feel awkward using the smartphone with the provided controller. Fortunately, this expectation was proven false as the device provides an easy grip and using the controller also feels comfortable.

My only problem with this device in terms of gaming is that it starts to feel hot after using it for a long time even in Shark Space mode. Some users might complain about the one-sided controller as well but for us, it wasn’t a problem. Of course, it still depends on the user’s preference.

Gaming experience is more fun when you can share it with other people. Screen-recording has been made easier in the Xiaomi Black Shark gaming phone. All you need to do is swipe down the top part of the screen and hit the screen record button. It will automatically start recording and it is small enough to avoid being a hindrance. The user may also adjust its settings and either mute the microphone or not.

If you are not comfortable with the Black Shark’s default navigation settings, it can easily be changed in the settings. Additionally, you may also activate the Smart Dock which looks like it can be a shortcut for the music player.

As for its security features, the smartphone has a fingerprint scanner that’s fast but has a one second delay. Unfortunately, it doesn’t have a face unlock feature.

We noticed that the Black Shark doesn’t have Google Chrome as its default browser. Instead, the smartphone seems to include a browser in the Chinese language. We weren’t able to find out the exact name of the browser for now. There were also a lot of Chinese applications included in the device and some of it seem to be social media applications like Weibo.

This first sample shot was taken during the afternoon. The details on the sky were accurate, however, the details of the buildings were a bit blurry. Color-wise, it wasn’t vibrant enough and some of the colors looked a bit washed out. Fortunately, the photo’s brightness was close to real-life.

This sample photo looks good at first glance. All details seem to be present and the colors are accurate. Unfortunately, upon closer inspection, there were some details that were missing. It also failed to emphasize the protruded parts of the painting.

The subject in this shot was taken both normally and through portrait mode. In the normal mode, some of the details of the subject especially the edges were not captured well and came out blurry. Color-wise, it looks vibrant enough.

As for the shot taken with portrait mode, it looks sharper compared to the one taken normally. However, the portrait mode wasn’t able to fully capture the subject since the edges still look hazy.

The thing that popped out most in this photo is how vibrant its colors are. On the other hand, the subject looked hazy and a bit out of focus even though we made sure to direct the focus on the figurine. It might be a good idea to always use the portrait mode when capturing subjects like this.

We tried taking photos with the portrait mode once more. It managed to fully capture the subject and the bokeh effect provided a natural result. We can’t say this was a good photo though since looking closer, the subject still looked blurry and the details aren’t sharp. 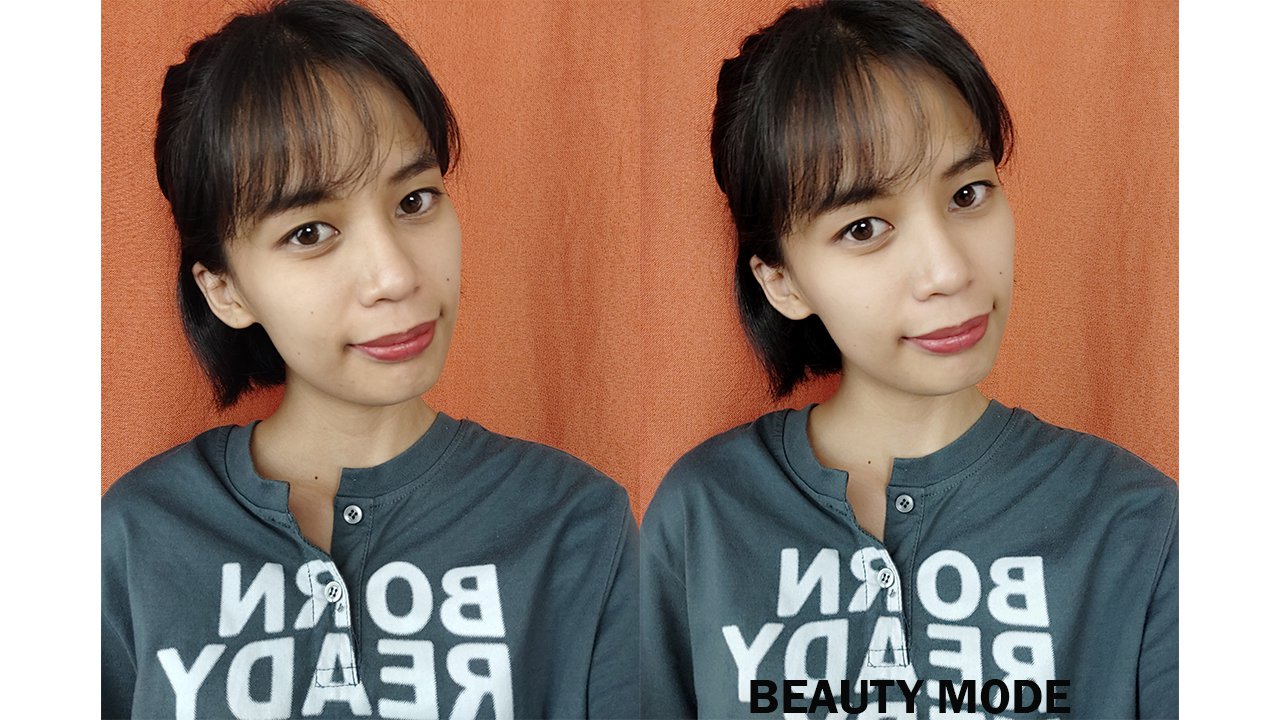 Let’s move on to the front camera. The image on the right was taken with Beauty Mode which was obvious at first glance as it made the subject’s skin a lot smoother as well as brightened up the dark circles under her eyes. It also gave a more vibrant result compared to the left photo. What I liked about the beauty mode is that it didn’t wash out the subject’s beauty marks.

As for the photo taken normally, it doesn’t look bad but compared with other flagships, it isn’t good. This was acceptable though since the Black Shark’s highlight is its gaming capabilities and not its camera.

We tested the Black Shark gaming phone using the following benchmarking tools and here are the results:

The Black Shark Gaming Phone didn’t disappoint in terms of battery life. It will last you a day of juice even when taking videos and pictures for hours with some left for the next day. As for gaming, the Black Shark was able to last approximately 4 hours during Shark Space mode.

Since the Black Shark gaming phone didn’t have an audio jack, we expected that it had good speakers. Our expectations were right. The audio quality is great even in max volume. It didn’t sound scratchy and the bass was just right. Furthermore, the device had dual speakers, one at the top and one at the bottom. The quality of the speakers almost made up for its lack of an audio jack. For the sound quality, hear for yourselves. 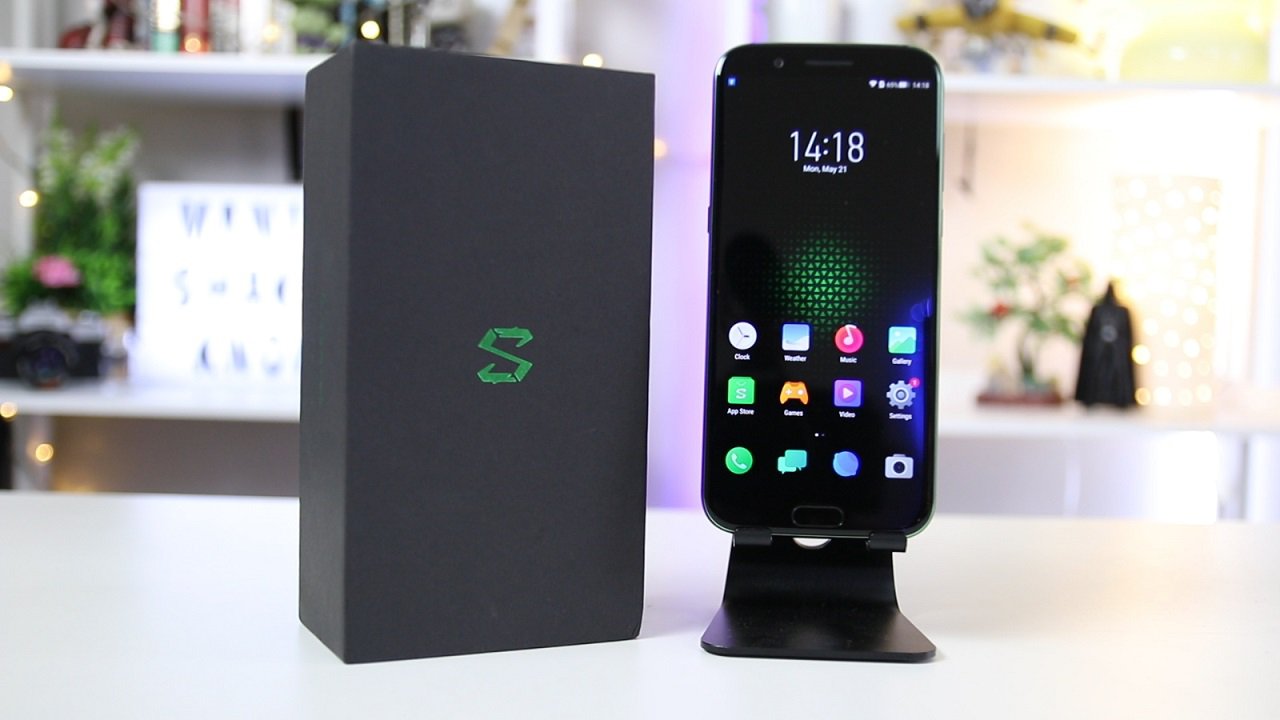 The Black Shark gaming phone did provide an amazing gaming experience. The graphics were great and the company was able to include features that aids in better game-play. Although I’m sure that some people might complain how the controller is one-sided, it will still depend on the user’s preference. The device’s camera was also decent, admittedly better than some smartphones. What are your thoughts on the Black Shark Gaming Phone? Let me know in the comments.